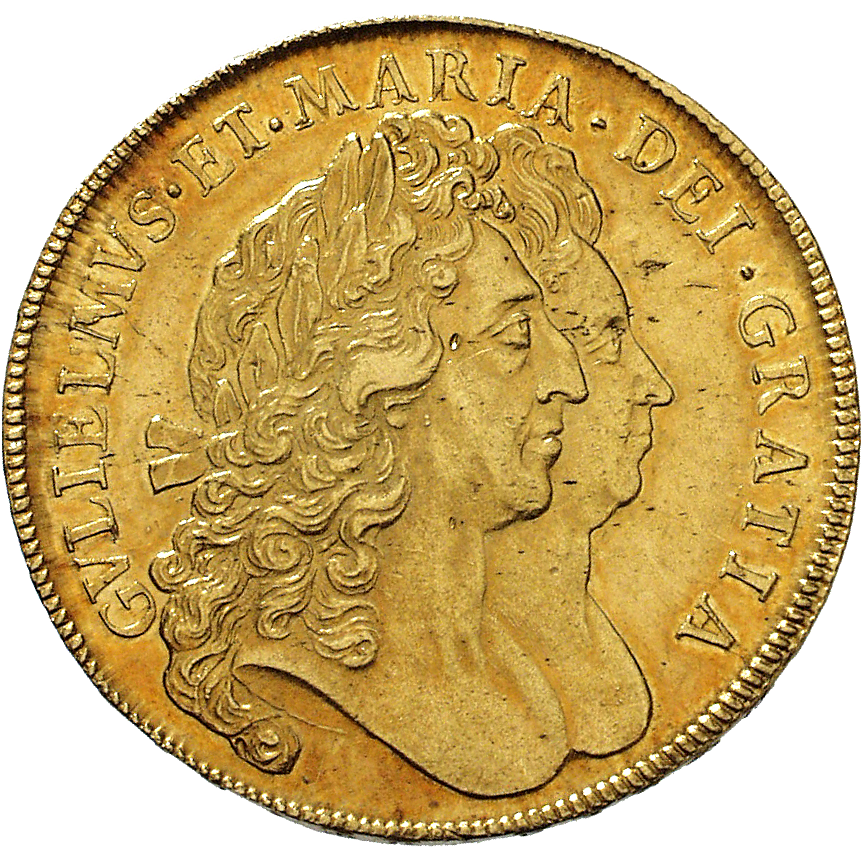 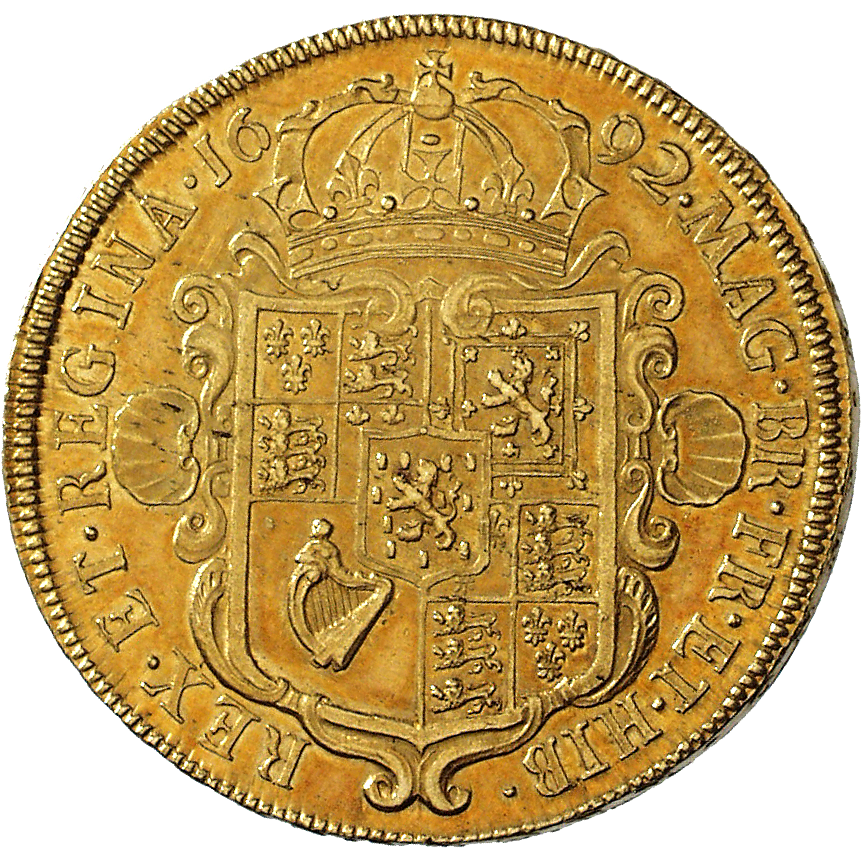 The guinea, introduced in 1663, was the principal gold coin of England until 1816. It took its name from the country of Guinea on the west coast of Africa, whose rich gold deposits the English exploited for their coinage. Along with the introduction of the guinea went a decisive innovation in the minting technique: mechanical coining superseded manufacturing by hand. At the same time the coins were knurled and an inscription was added on the edge, which eliminated clipping and hence the diminution of the coin's value. The obverse of this guinea depicts the English kings William III and Mary II, who reigned the land with equal rights (1689-1702). The shield on the reverse is the coat of arms of the House of Nassau-Orange, from which William descended.