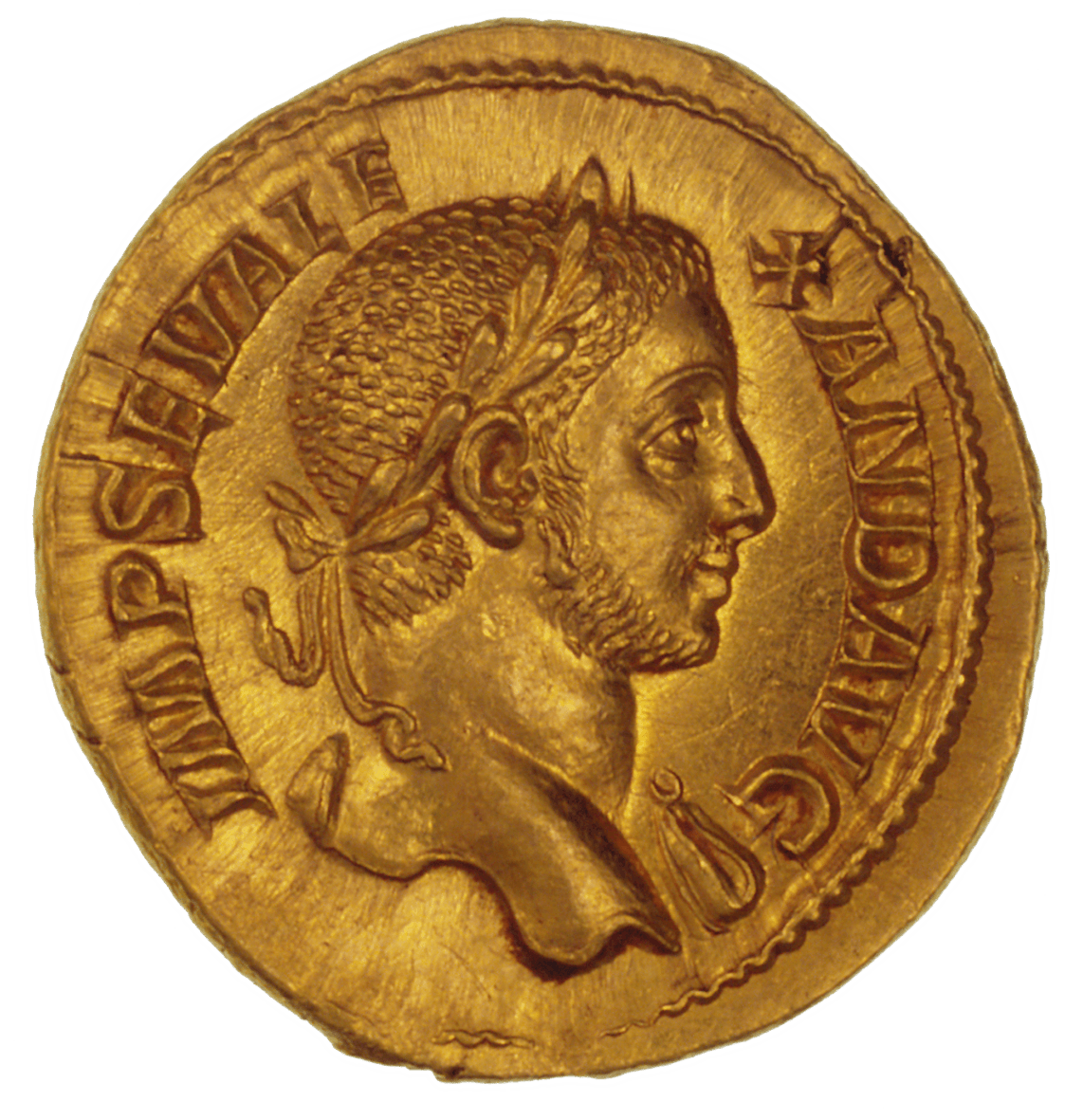 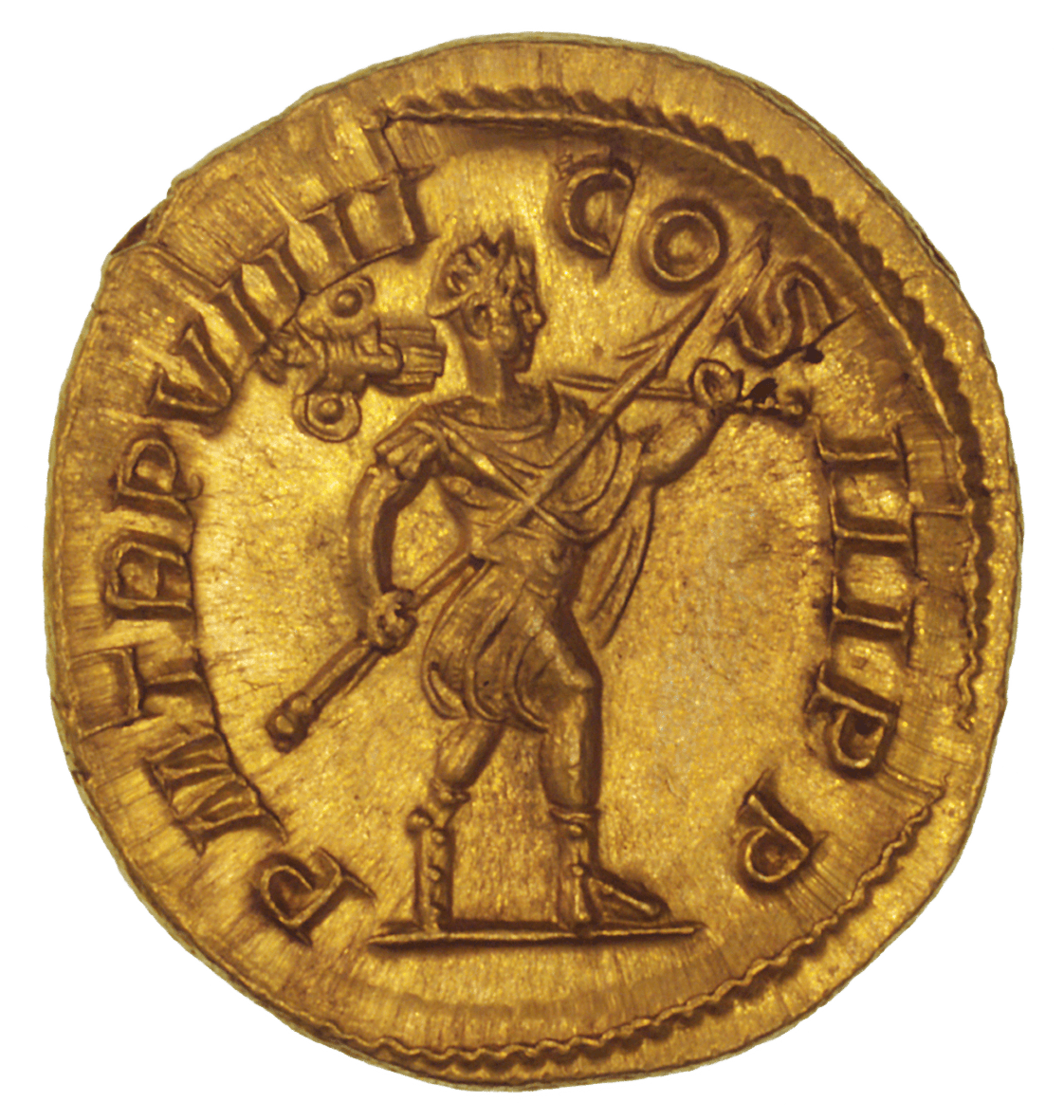 Severus Alexander (222-235) was 13 years of age when he ascended to the Roman throne. The imperial propaganda stylized the young ruler as the embodiment of Roman virtues. Among those qualities were military bravery as well as dignity, modesty and dutifulness – characteristics that one willingly awards to the young man whose portrait is represented on this coin.

The reverse shows Severus Alexander again, this time in the guise of Romulus, the legendary founder of Rome. He carries a trophy and a spear over his shoulder.