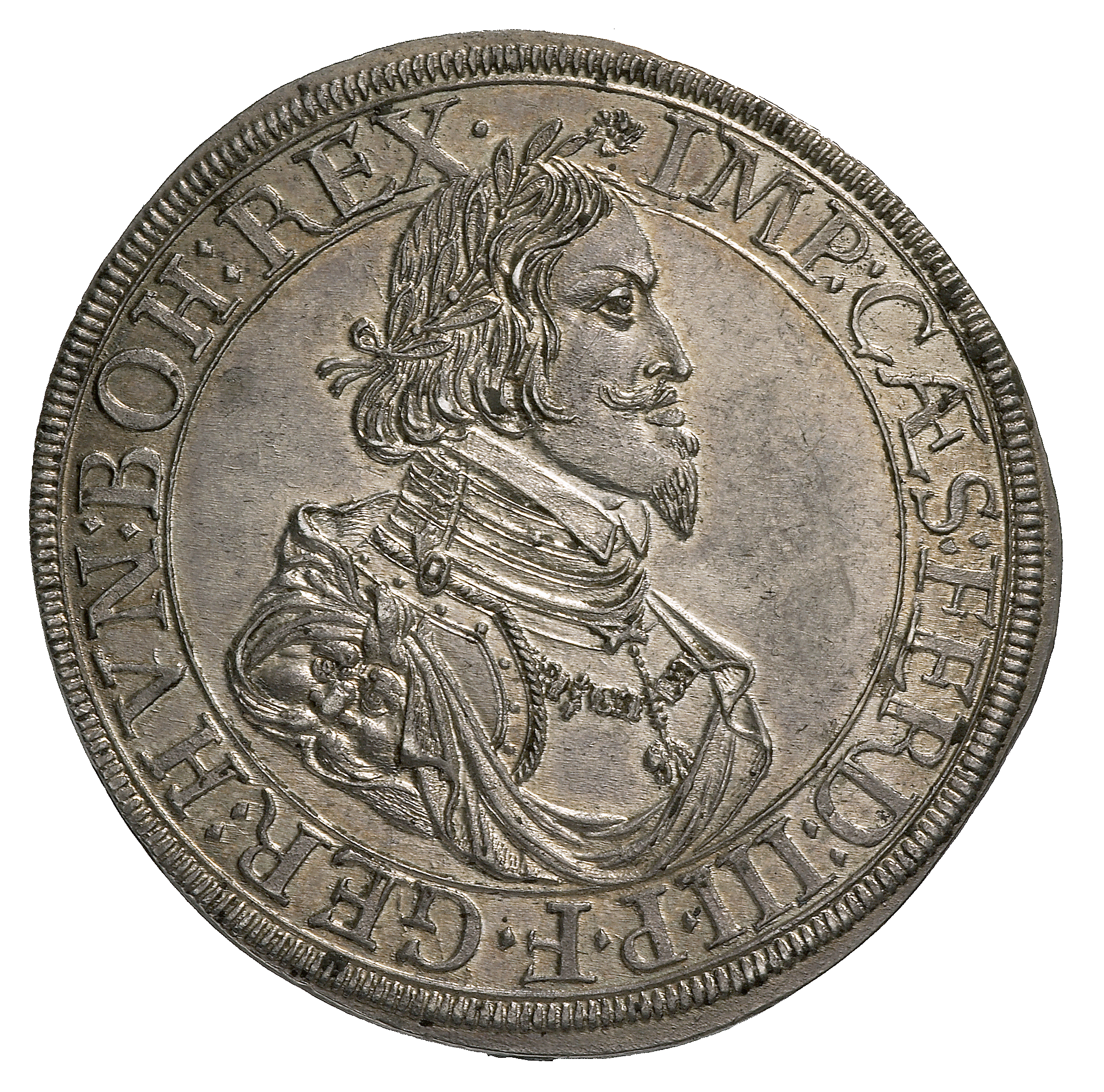 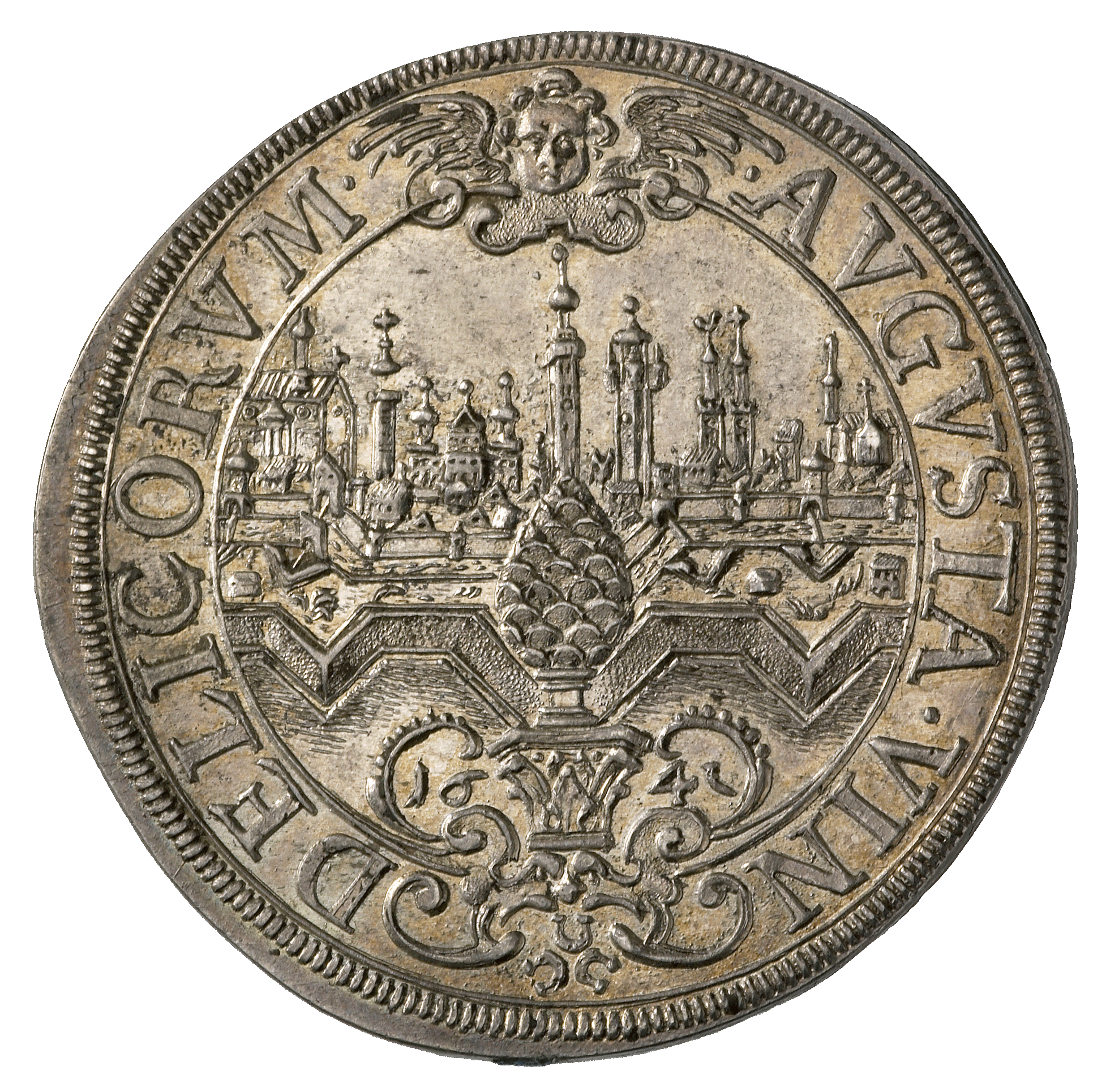 For 530 years – from 1276 to 1806 – Augsburg was a Free Imperial City. This meant that Augsburg was under the direct authority of the emperor, which the town pointed out with a wonderful portrait of Emperor Ferdinand III on this taler. The image shows very nicely the typical strong underlip of the Habsburgs.

When the coin was issued in 1641, the Thirty Years' War (1618-1648) was waging in Europe. Free cities suffered especially hard during that time because they had no sovereign prince to protect them. Augsburg had been captured by the Swedes in 1632 already; not even the entrenchments, prominently put in front of the city's view on our taler, had stopped the invasion.