United States of America, Half Dollar 1963 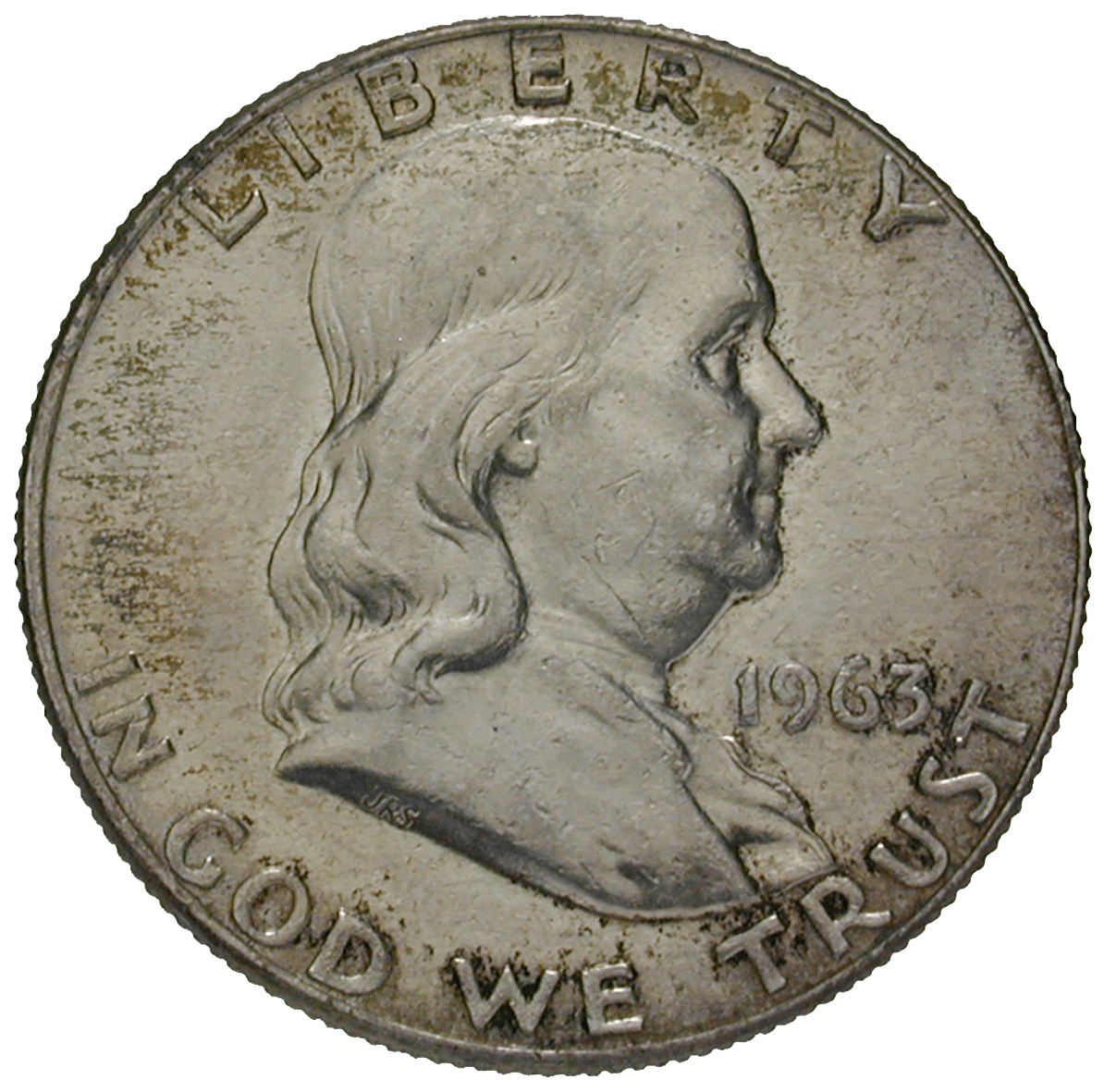 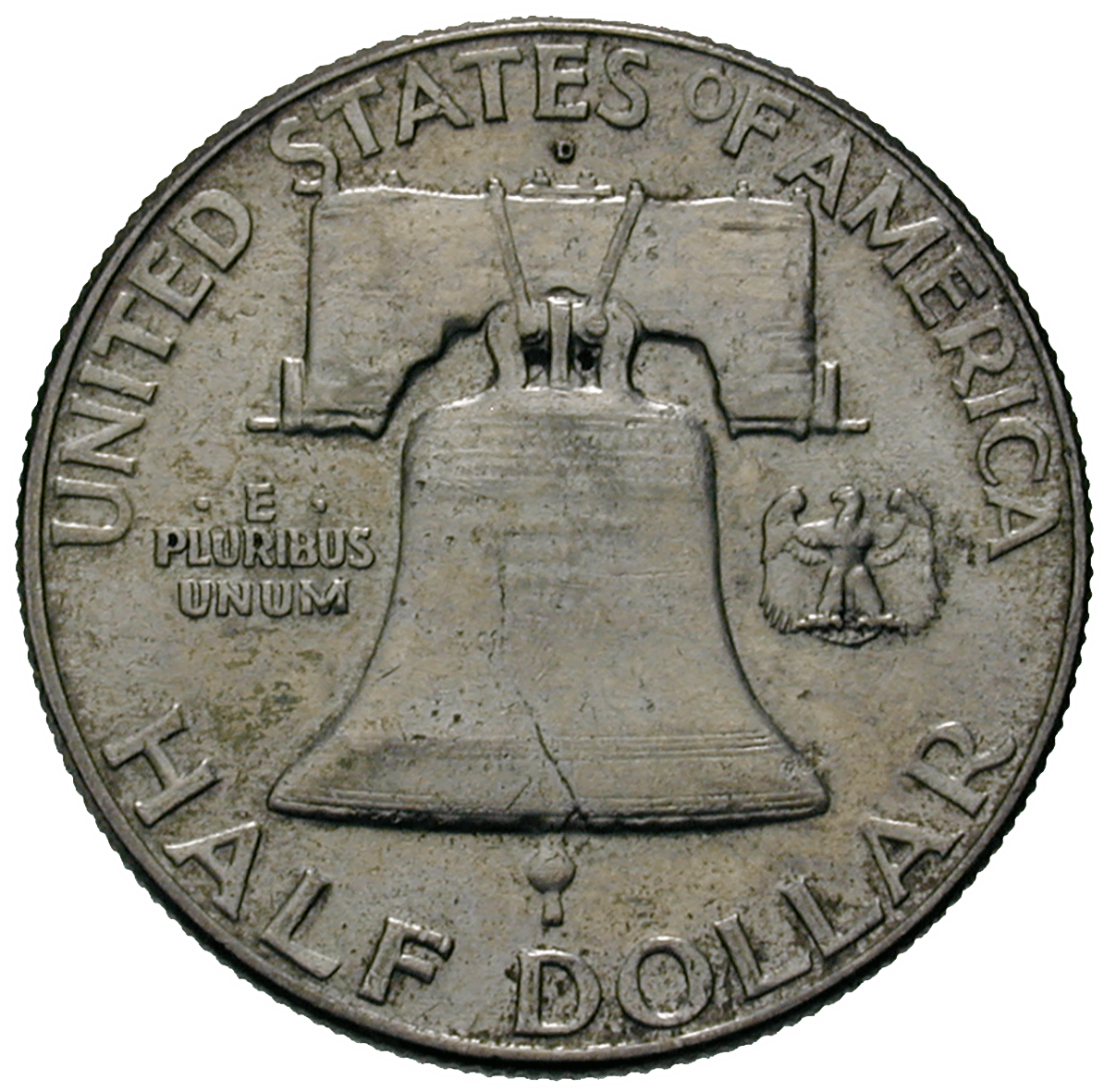 The half dollar with the portrait of the politician, author and printer Benjamin Franklin came into circulation in 1948. Franklin is considered one of the Founding Fathers of the United States of America, since he had participated in the declaration of the American independence. The reverse of the Franklin half-dollar accordingly shows the Liberty Bell – yonder bell that, as tale has it, was rung in the Independence Hall of Philadelphia when the declaration of independence was read out in 1776.