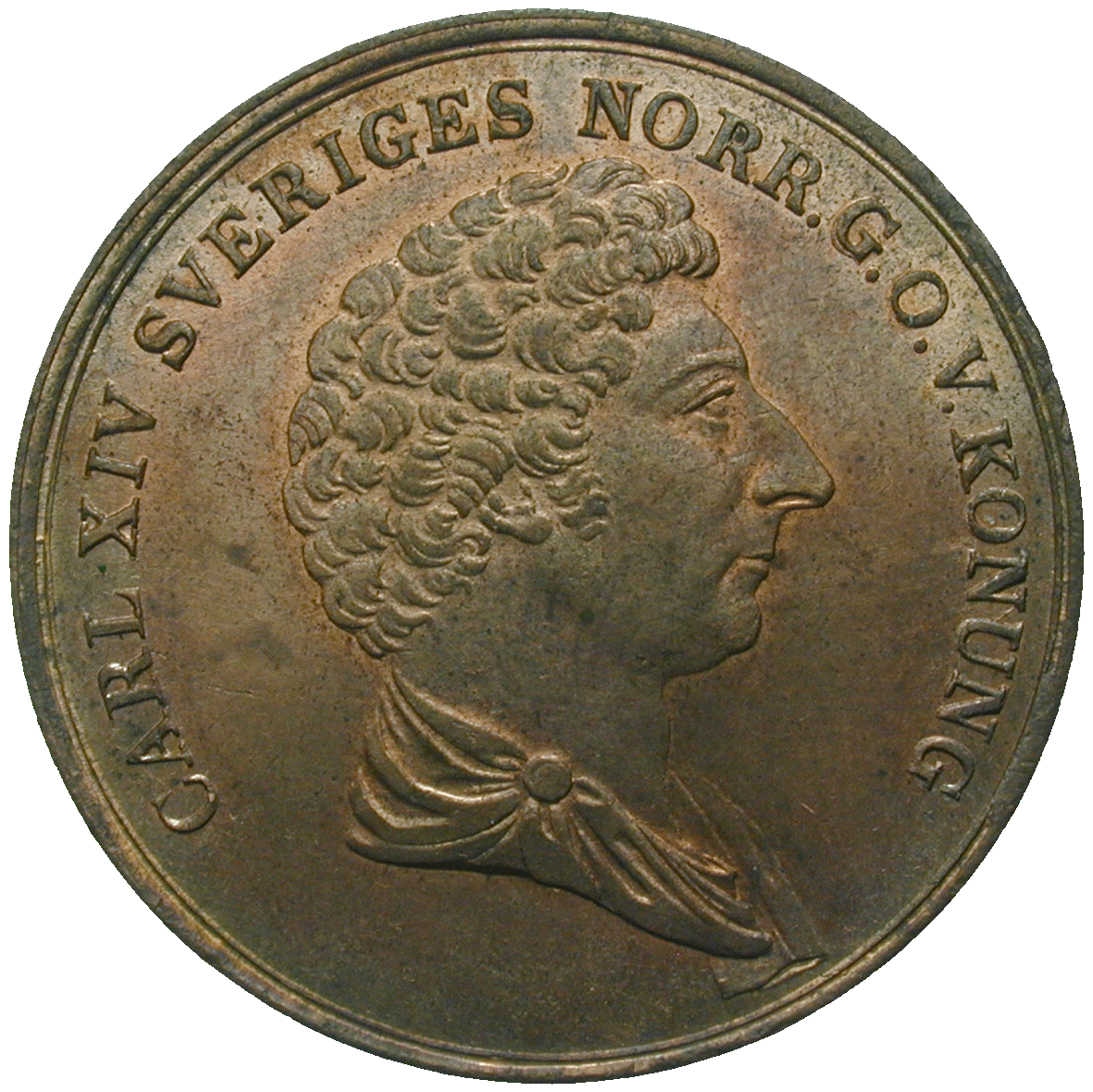 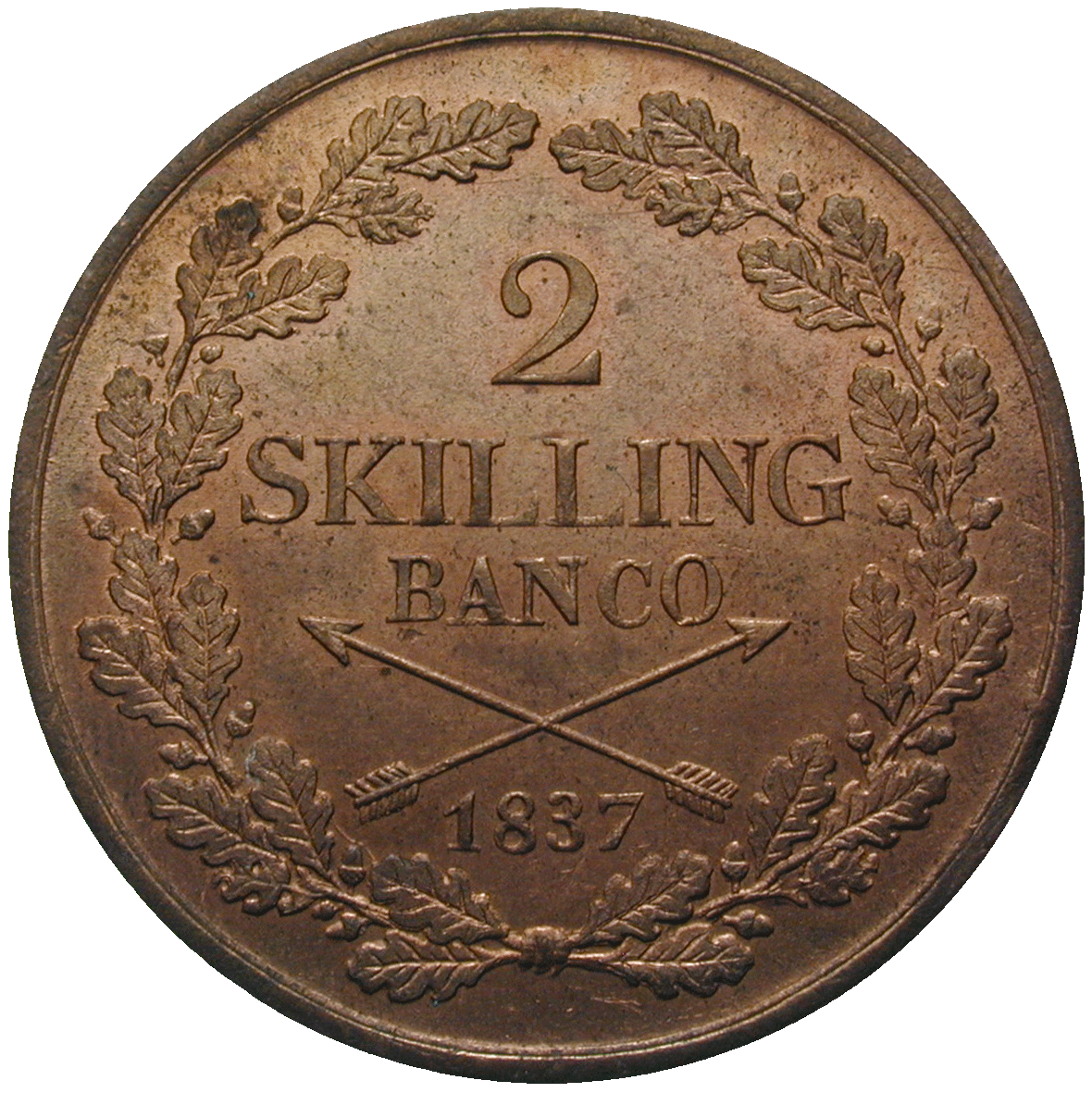 The Swedish King Charles XIV John (1818-1844) saw himself confronted with a difficult financial situation when he took over power. Several Wars had hit Swedish economy. In 1834, the Swedish state council therefore introduced a monetary reform. A new riksdaler was established, which was divided into 128 skilling banco. It remained in circulation until 1855; then, Sweden adopted the decimal system. Until then, skilling banco coins were issued as multiples and divisions. On their value face they mostly bore two crossed arrows, the emblem of the copper province Dalarne. The obverse of this coin shows the portrait of King Charles XIV John.