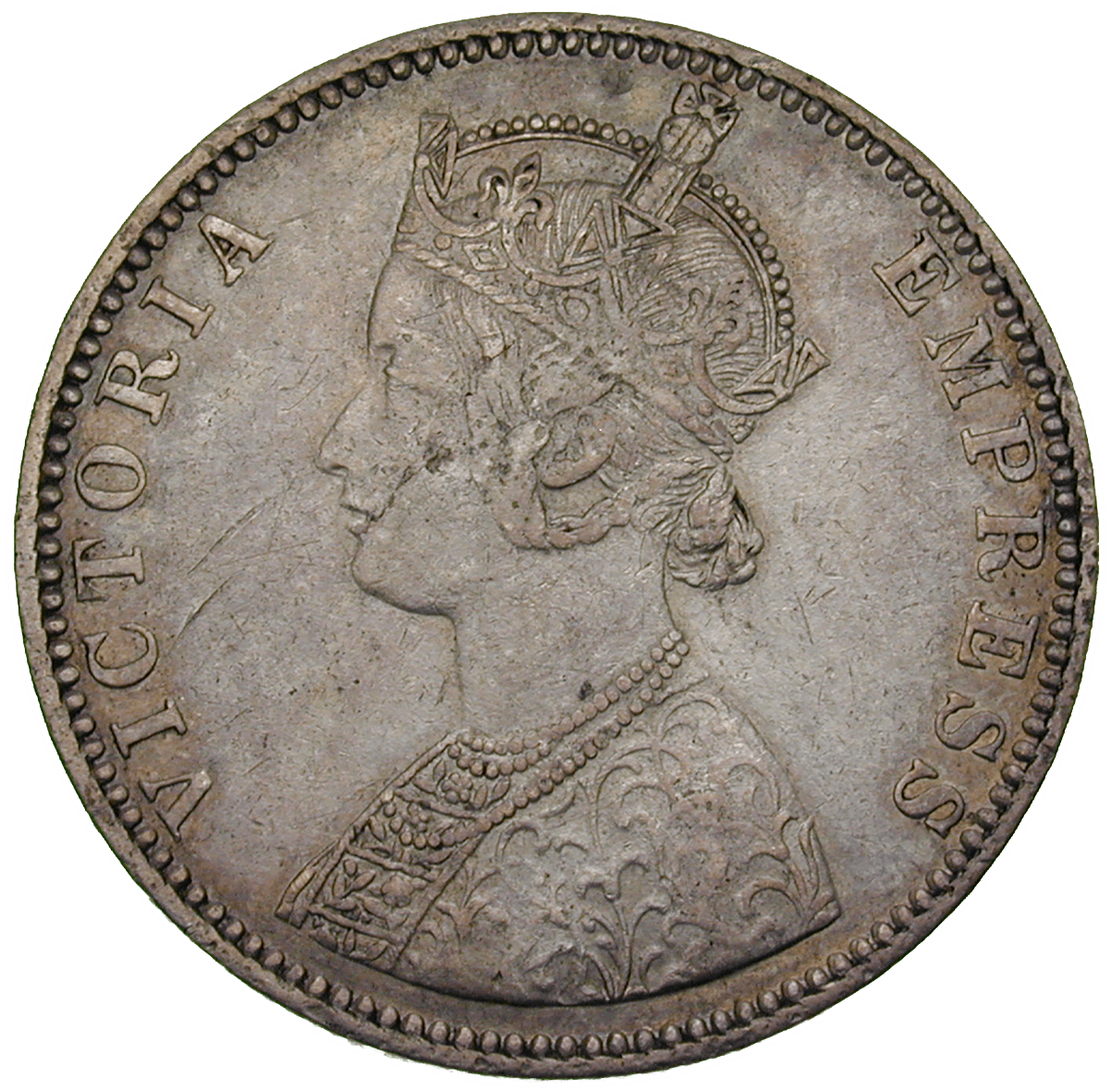 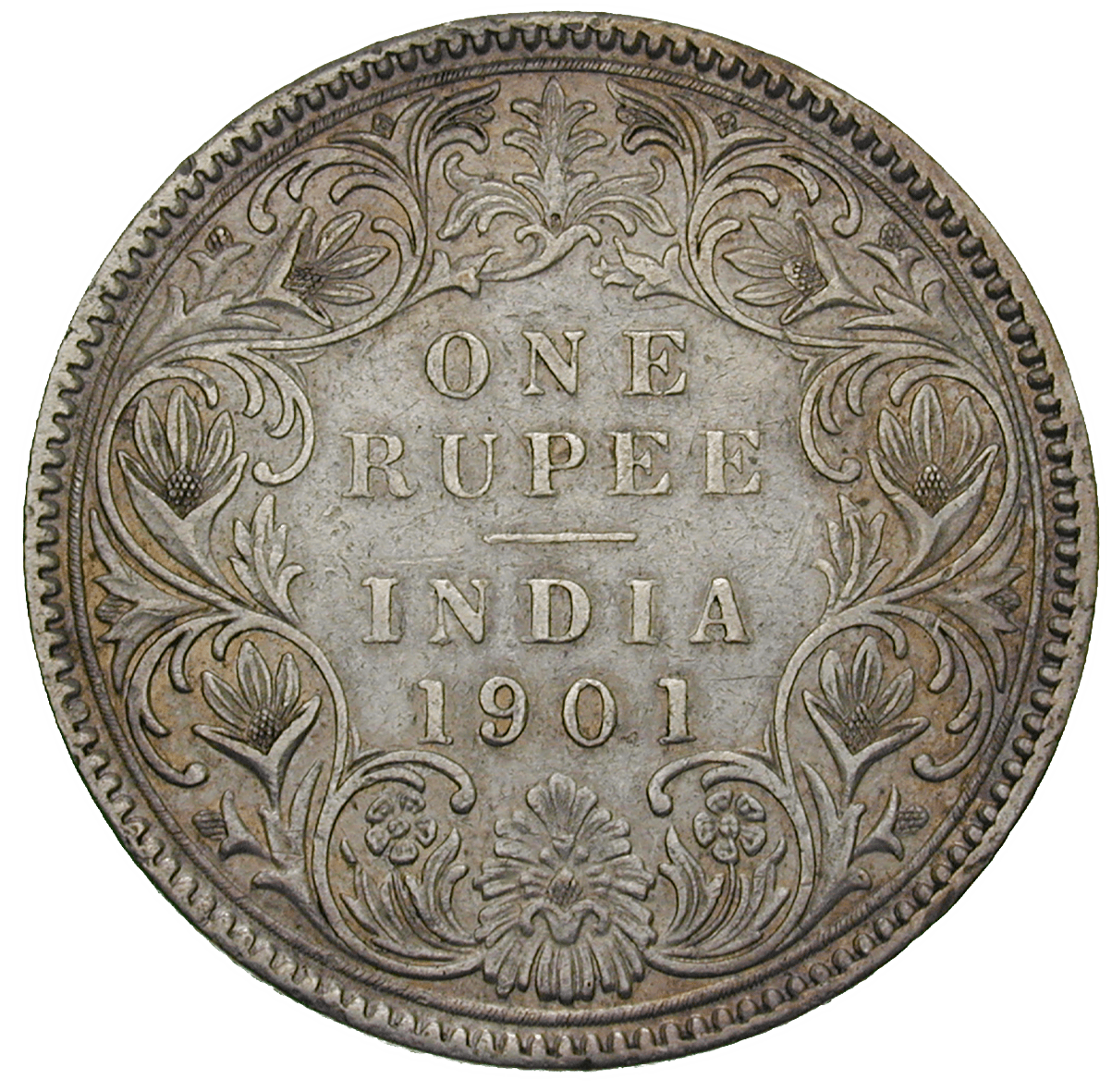 When the British colonization army invaded east India in the 18th century, they hit upon a diversity of coinage consisting of more than 1000 different sorts of gold and silver coins. The most important of these coins was a silver denomination that had been in circulation on the Indian Subcontinent for hundreds of years: the rupee. In 1773, the British East Indian Company started to issue its own rupees for India. However, in the 1850s, the privileges of the East Indian Company were cut and transferred to the English crown. When Queen Victoria (1837-1901) adopted the title of Empress of India in 1887, the British-Indian coins henceforth bore the inscription VICTORIA – EMPRESS. Incidentally, the queen was always depicted as a young women on her colonial coins; on English coins, on the other hand, Victoria's portrait was adjusted to her growing age several times.