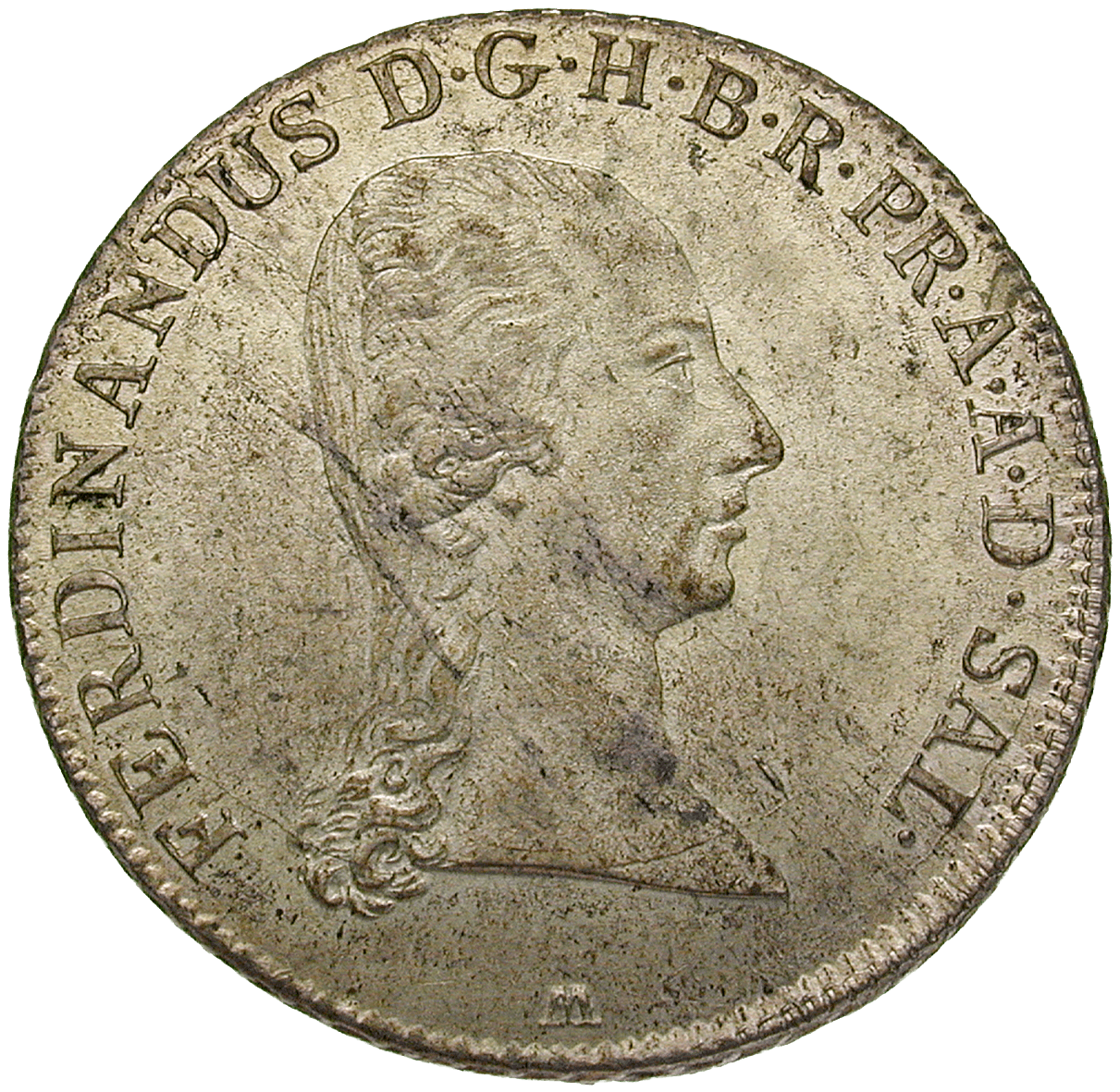 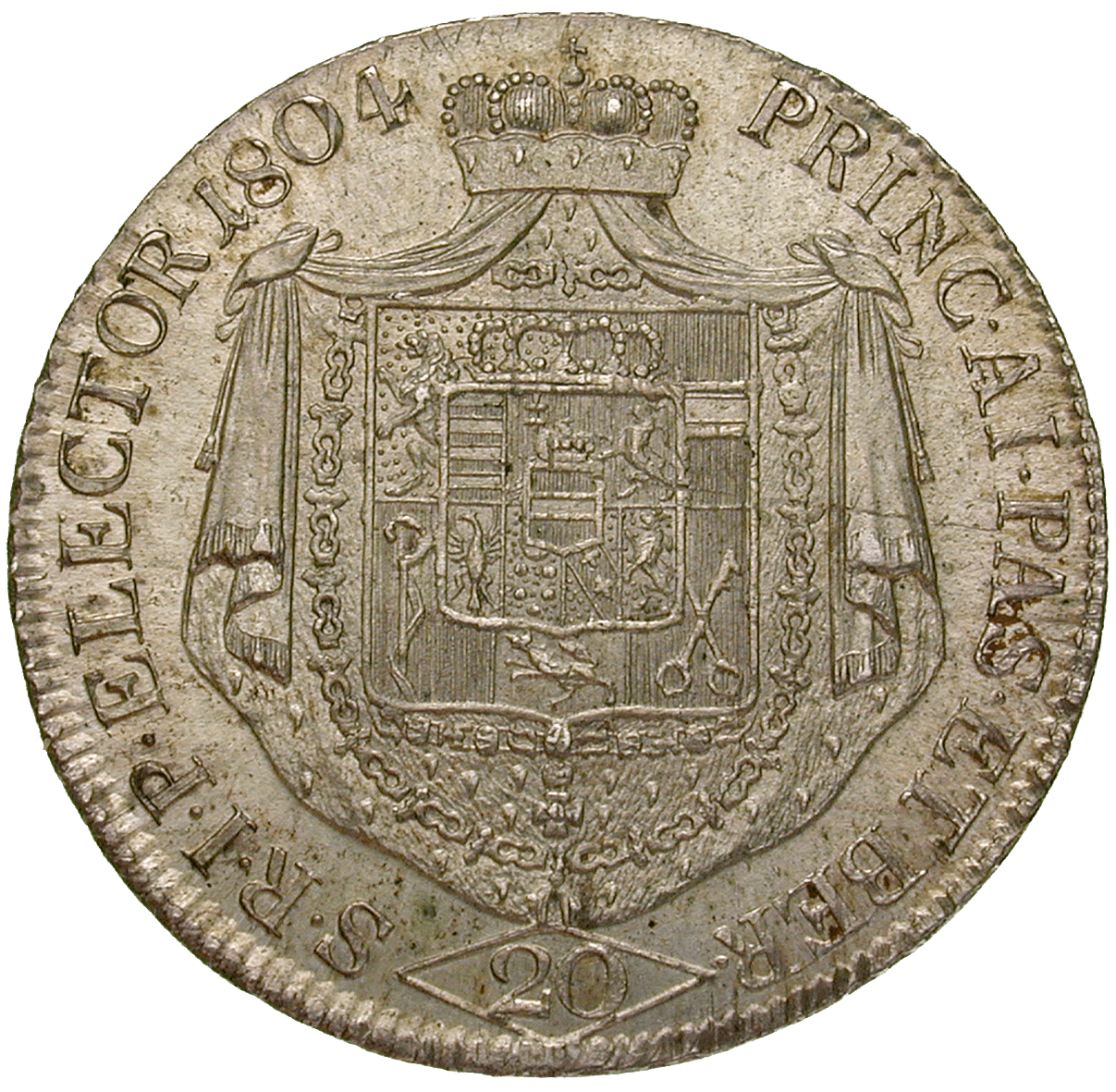 In 1796, Napoleon Bonaparte and his French army conquered northern Italy. Governor of the duchy of Milan and of Tuscany was at that time Archduke Ferdinand of Austria, who as a subsistute for the lost lands got Salzburg, Berchtesgaden, Eichstätt and Passau (1803-1806). This 20-kreuzer-piece shows "Ferdinand, by the Grace of God Royal Prince of Hungary and Bohemia, Archduke of Austria, Duke of Salzburg, Sovereign of Eichstätt, Passau and Berchtesgaden, etc etc, Elector of the Holy Roman Empire," as his official title went. The reverse bears his coat of arms.