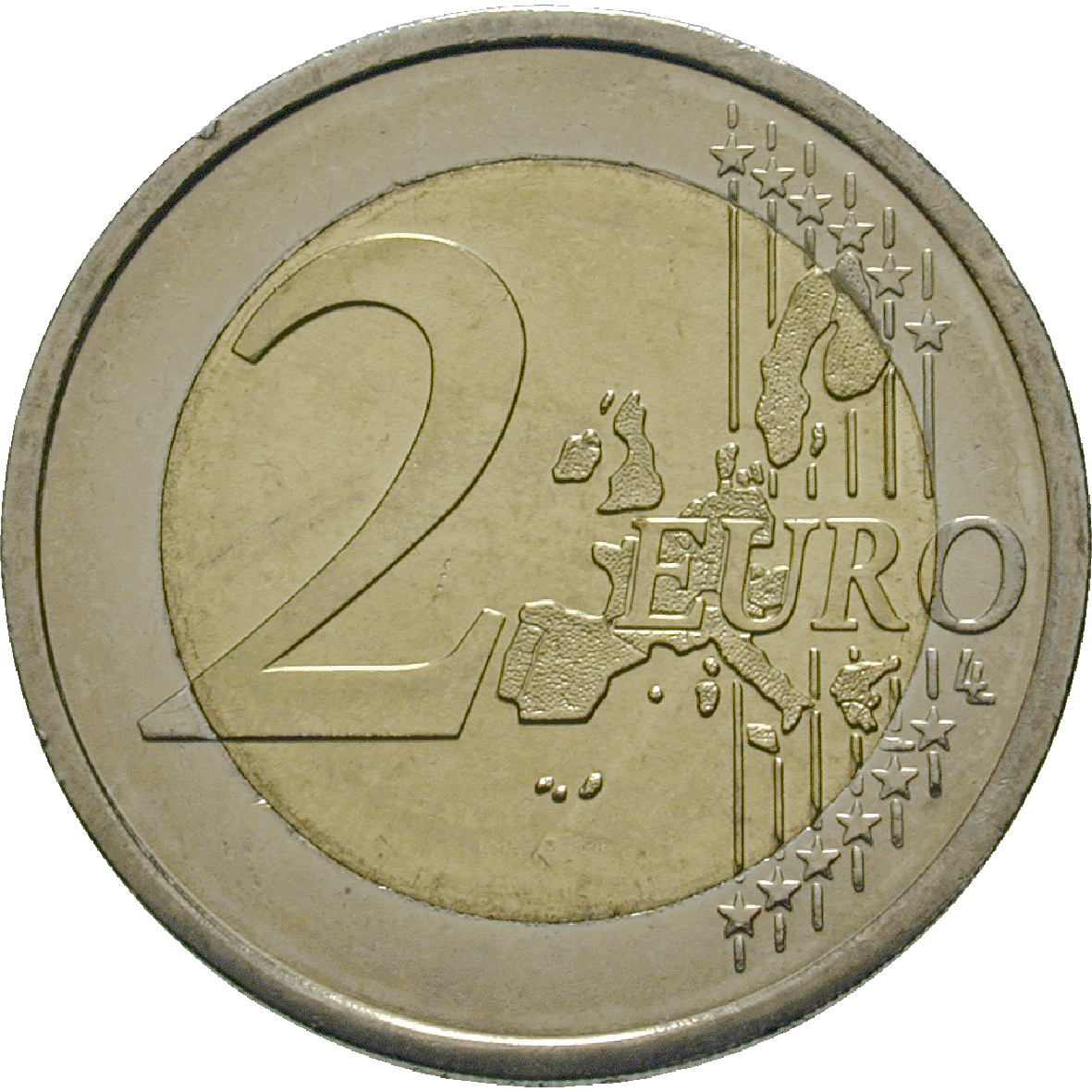 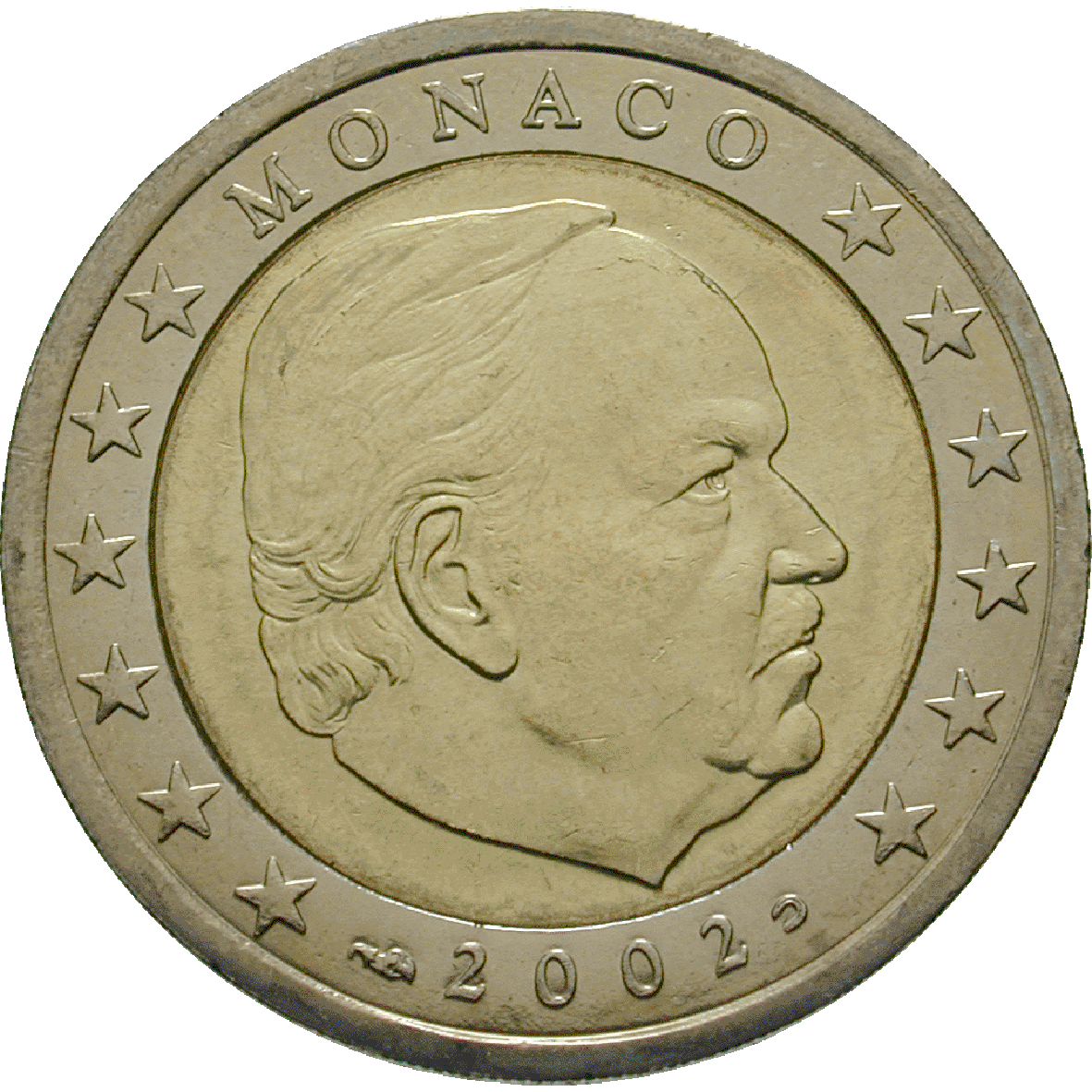 Monaco is not a member of the European monetary union. The little state has its own euro coins nevertheless, because before the introduction of the euro, it already was in a monetary union with France. Until then, Monaco used the French franc. The first coin series of the Monégasque euro coins shows four different motifs. The coat of arms of the Grimaldis, the princely family, on the 1, 2 and 5 cent coins. On the 10, 20 and 50 cent coins the princely seal. The 1 euro coin features a double portrait of Prince Rainier III and his son Albert, and 2 euro coin shows Rainier alone. After Rainier's death in 2006, the Monégasque euro coins all got new motifs.