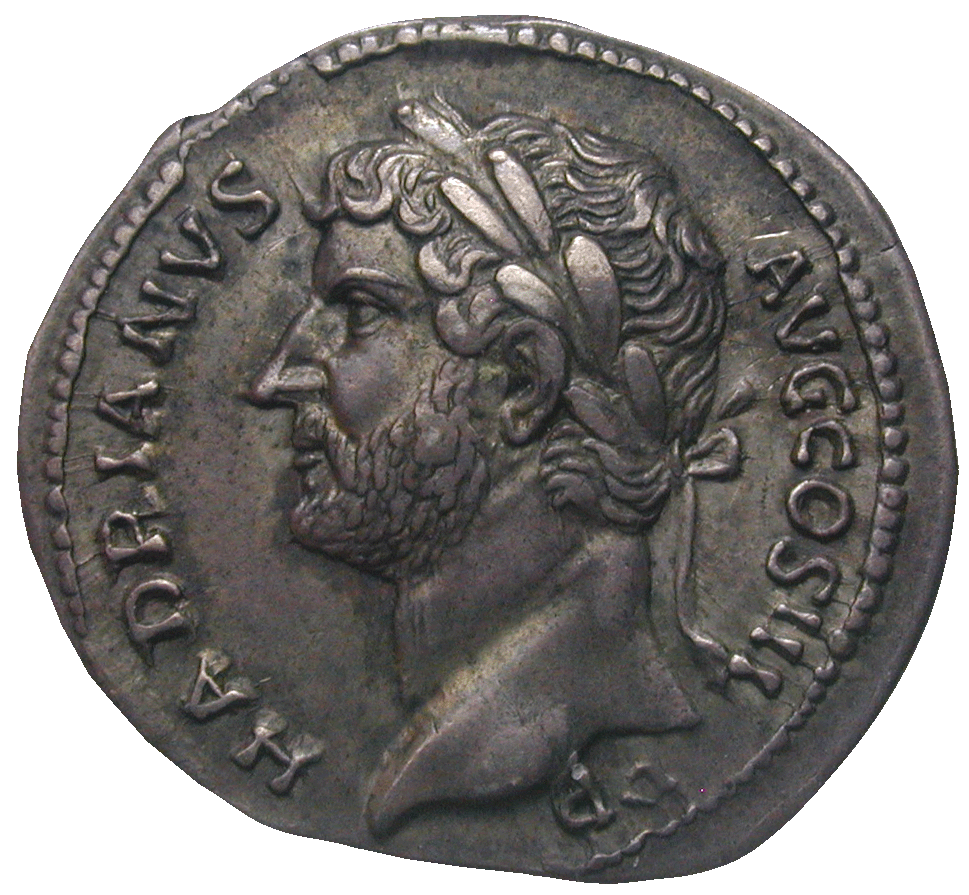 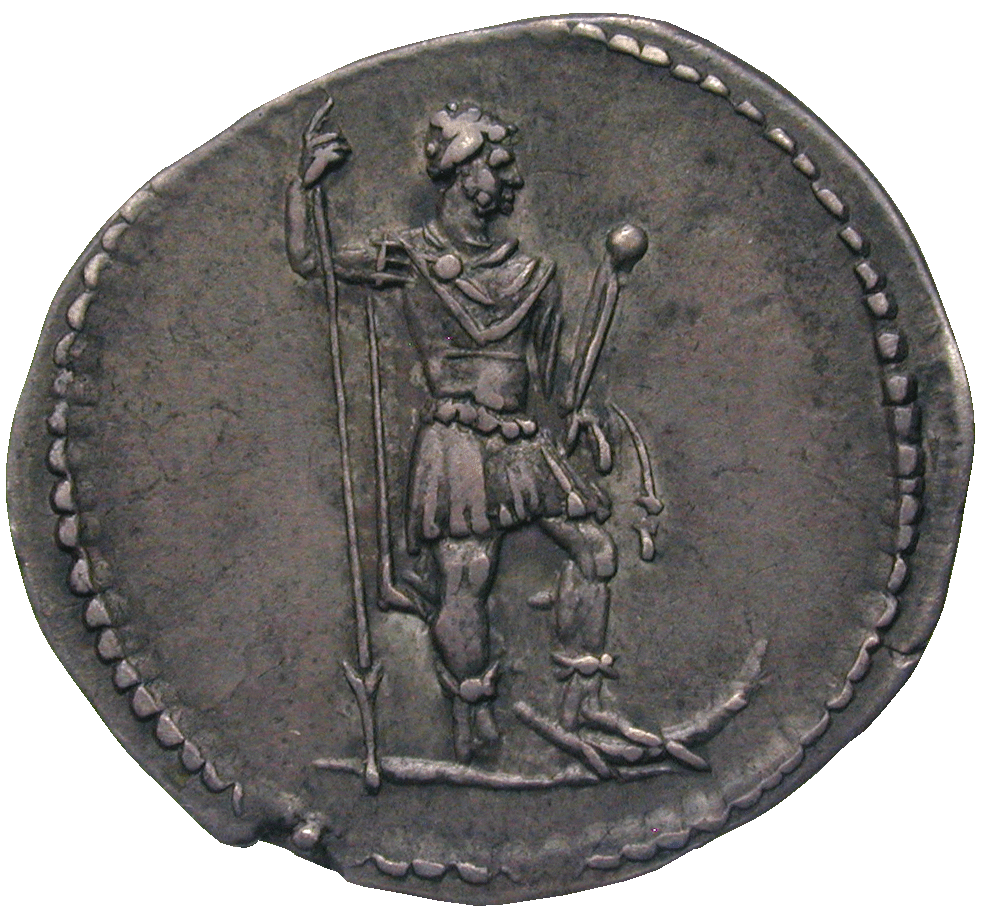 This denarius of Hadrian (117-138) has a portrait of the emperor on the obverse, while the reverse shows him as a general. Hadrian is wearing a cuirass and a paludamentum, a cape used by military commanders. He is holding a spear in his right hand and a parazonium in his left – a parazonium was a short sword that officers wore on the left side of their belts. It was not an instrument for fighting, but rather a badge of rank.

This great bellicose Roman emperor has his foot in the attitude of a victor on a little animal, which from its form is suppoesedly a crocodile. Hadrian is thus pictured as ruler of Egypt here, as Roman ruler of Egypt in fact. He does not display the typical attributes like sprinkler, crook or the crown of upper and lower Egypt, with which Hadrian had himself usually depicted in Egypt itself.