Kingdom of Yugoslavia, Alexander I, 20 Dinara 1925 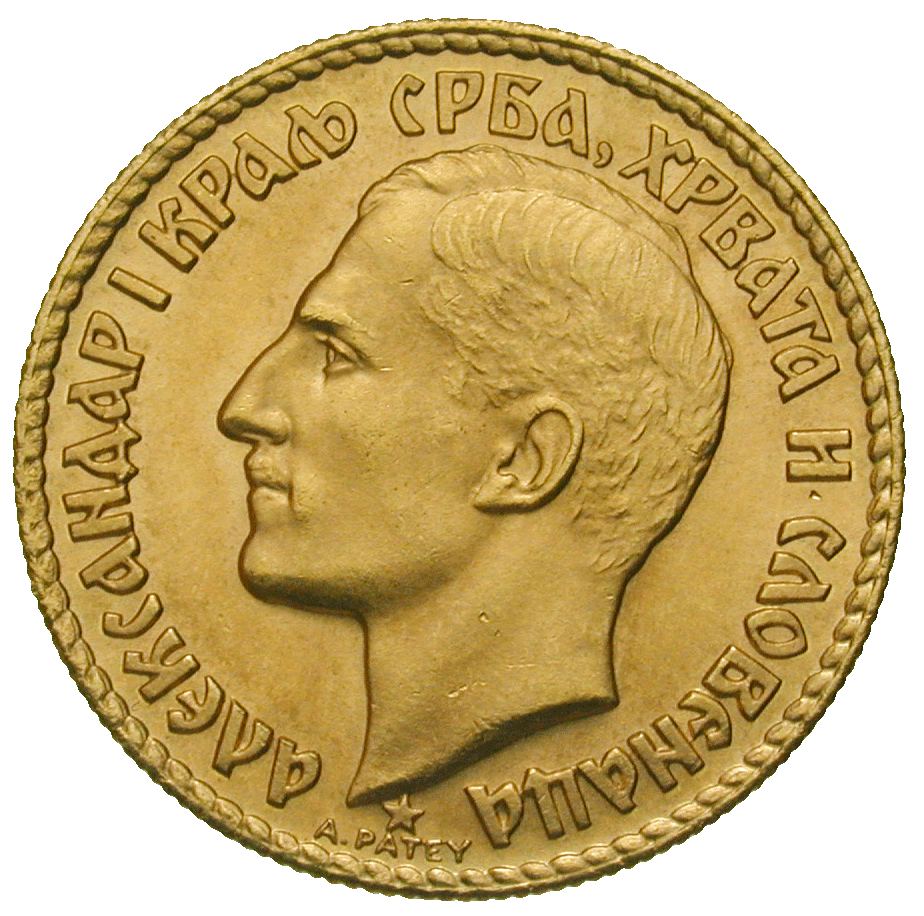 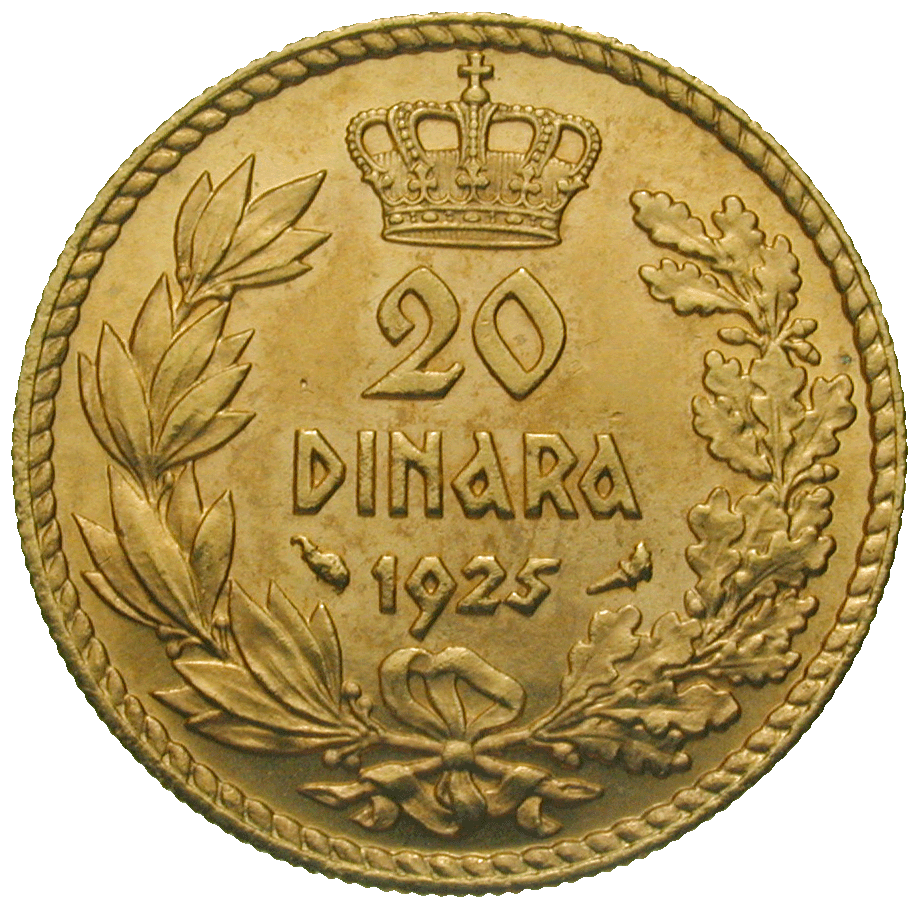 Yugoslavia came into being after the First World War (1914-1918). It was pieced together from the formerly independent kingdoms of Serbia and Montenegro as well as from the southernmost parts of the defunct Austrian-Hungarian Empire. The new state was officially called "Kingdom of Serbs, Croats and Slovenes," but was colloquially soon known as "Yugoslavia." The first king of the new state was Peter I, the former King of the Serbs. He was followed by his son Alexander (1921-1934), whose portrait is depicted on this coin. The legend (in Cyrillic script) gives the king's name and title – Alexandar I Krali – and the name of his realm, Srba, Hrvata i Slovenaca.