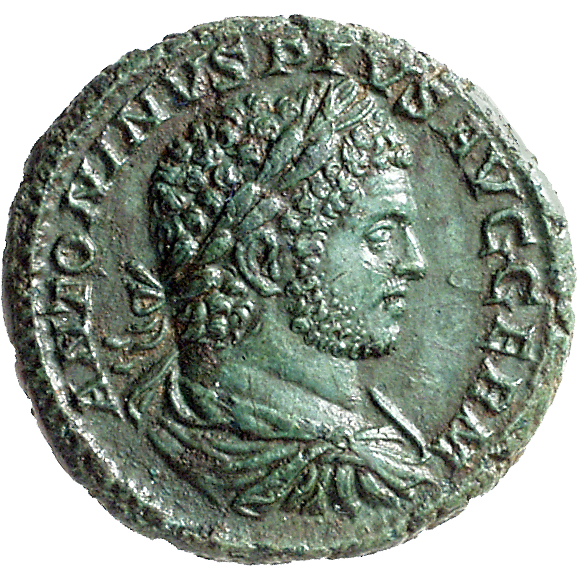 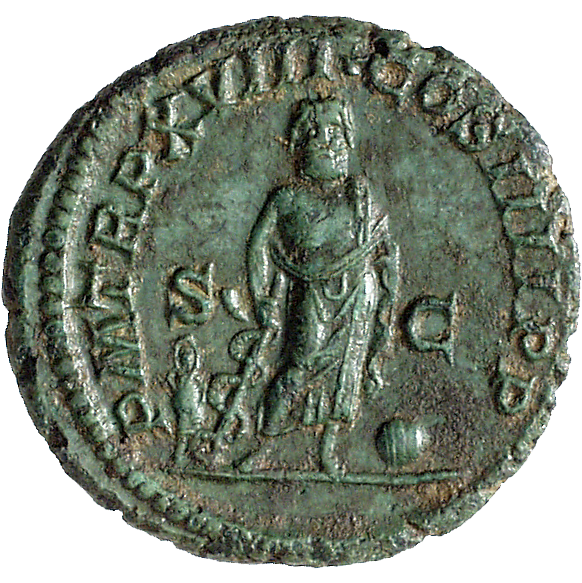 The Romans called the basic denomination of their currency as (= the undivided whole). When Emperor Augustus reorganized coinage in 23 BC, he defined the 'as' as the smallest coin unit in the monetary system. Asses were to be minted in copper and had to depict the bust of the emperor wearing a laurel wrath on their obverse. On the reverse, they were to show the letters SC (for Senatus Consulto = by decree of the Senate).

Under Augustus' successors, various images were placed between the letters SC. The as shown here was issued under Emperor Caracalla. The reverse depicts Asclepius, the Greek god of medicine. The major site of the cult of Asclepius was Epidaurus on the Greek mainland. During Antiquity, countless people went there in search for treatment of their diseases. The same was true for Caracalla (211-217) who suffered from psychological problems.