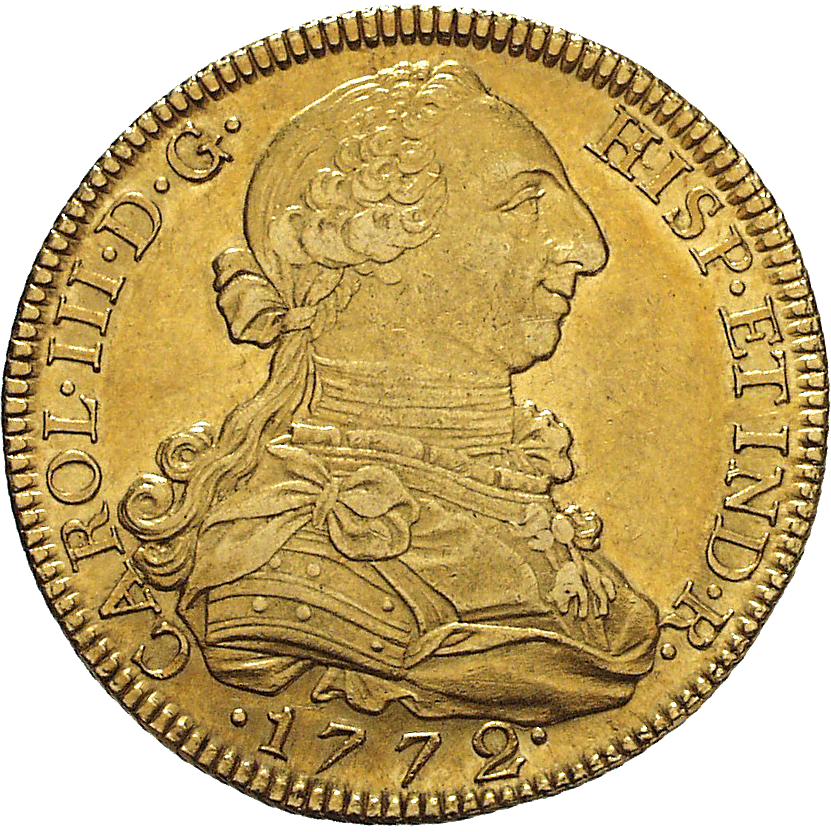 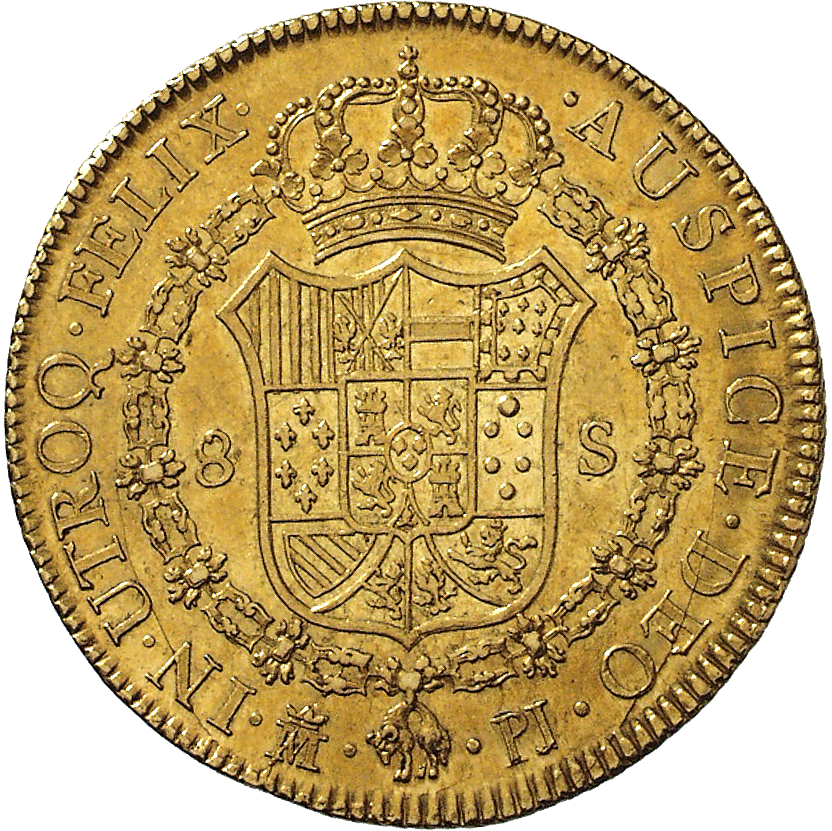 The Spanish King Carlos III (1759-1788) from the Bourbon Dynasty was a rationalist, reformer and an authoritarian ruler in one person. Moreover, he was a cultivated man, and as Charles such also paid attention to the minting quality of the Spanish coins. In 1771, he conducted a coinage reform, the so-called Pragmatica of Aranjuez. The reform brought about a unified coinage and valuation of all coins from precious metals throughout the empire – thus also in the colonies. This coin was struck shortly after the reform. It additionally shows a decorated edge, a technique called "knurling" that had been introduced earlier on, which was to prevent the cutting of the edges of gold and silver coins. This golden 8-escudos-coin depicts Charles' in magnificent garments and, after the latest fashion of his time, with a ponytail.