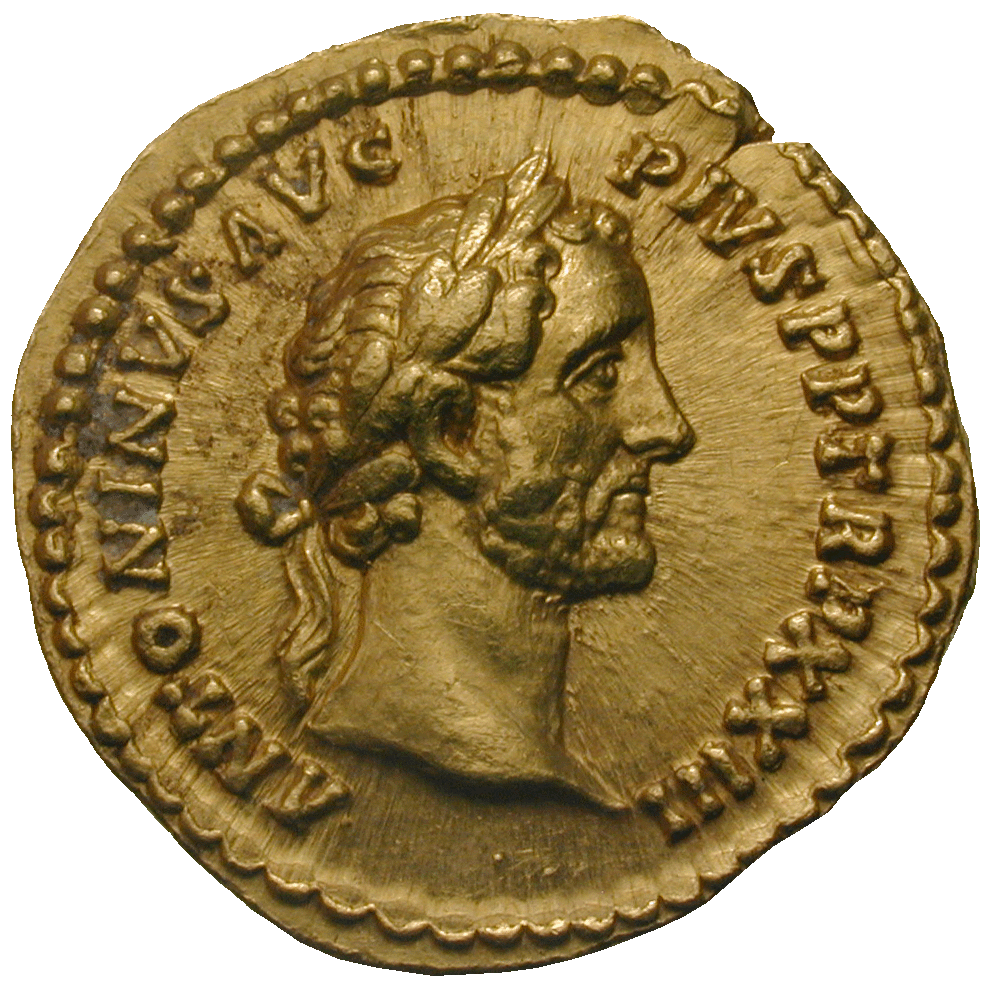 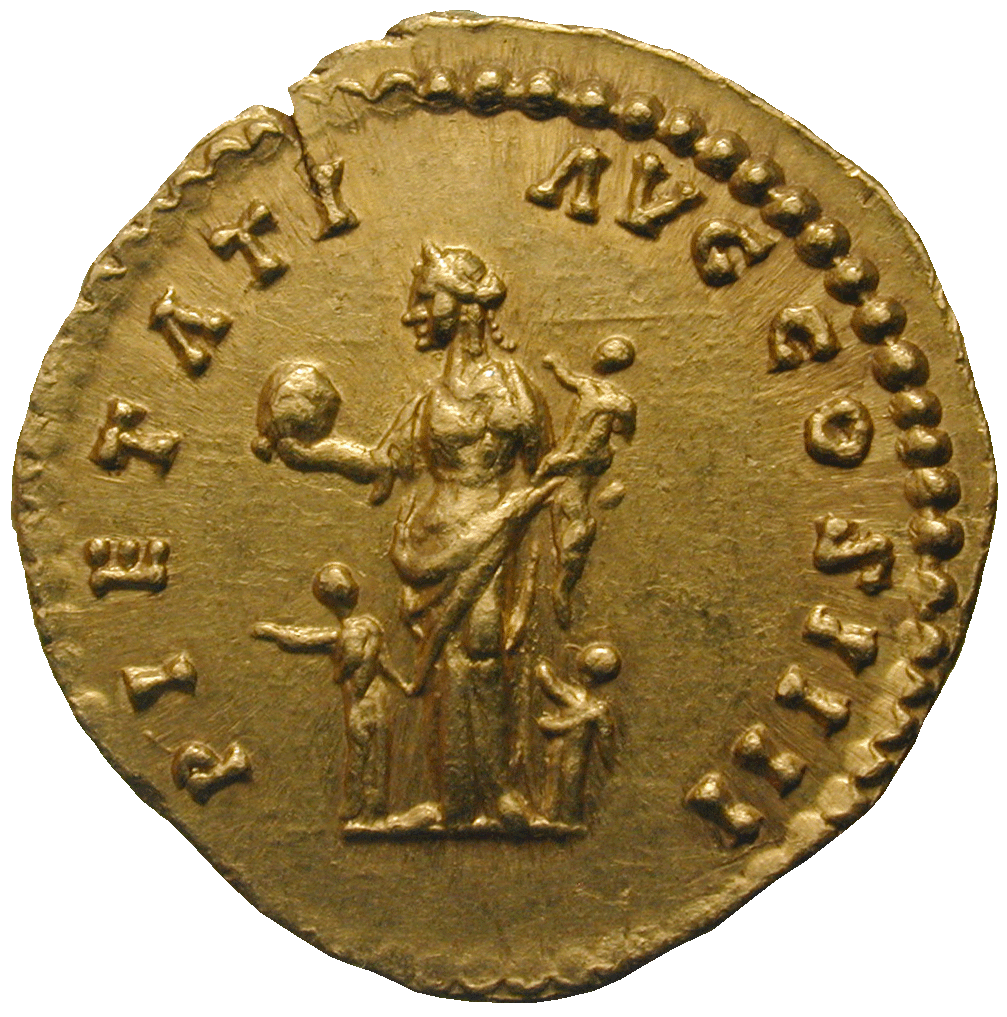 His contemporaries perceived Antoninus Pius' reign (138-161) as a happy time. Some called it the 'Golden Age of the Antonines.' Economy flourished, as did coinage. Coins with the image of the emperor circulated all over the Roman realm. From the mint in Rome alone some 1300 coin types were issued during the 23 years of Antoninus Pius' reign.

As is appearent from this aureus, Antoninus Pius was a fine-looking man with a well-trimmed full beard. His portraits are among the most beautiful Roman imperial coin portraits, their classicistic style influencing Roman fine arts for decades to come.

The reverse of the aureus shows the goddess Pietas with three children and a globe in her hand. In Roman mythology, Pietas was the goddess of duty toward the state, the gods and the family.