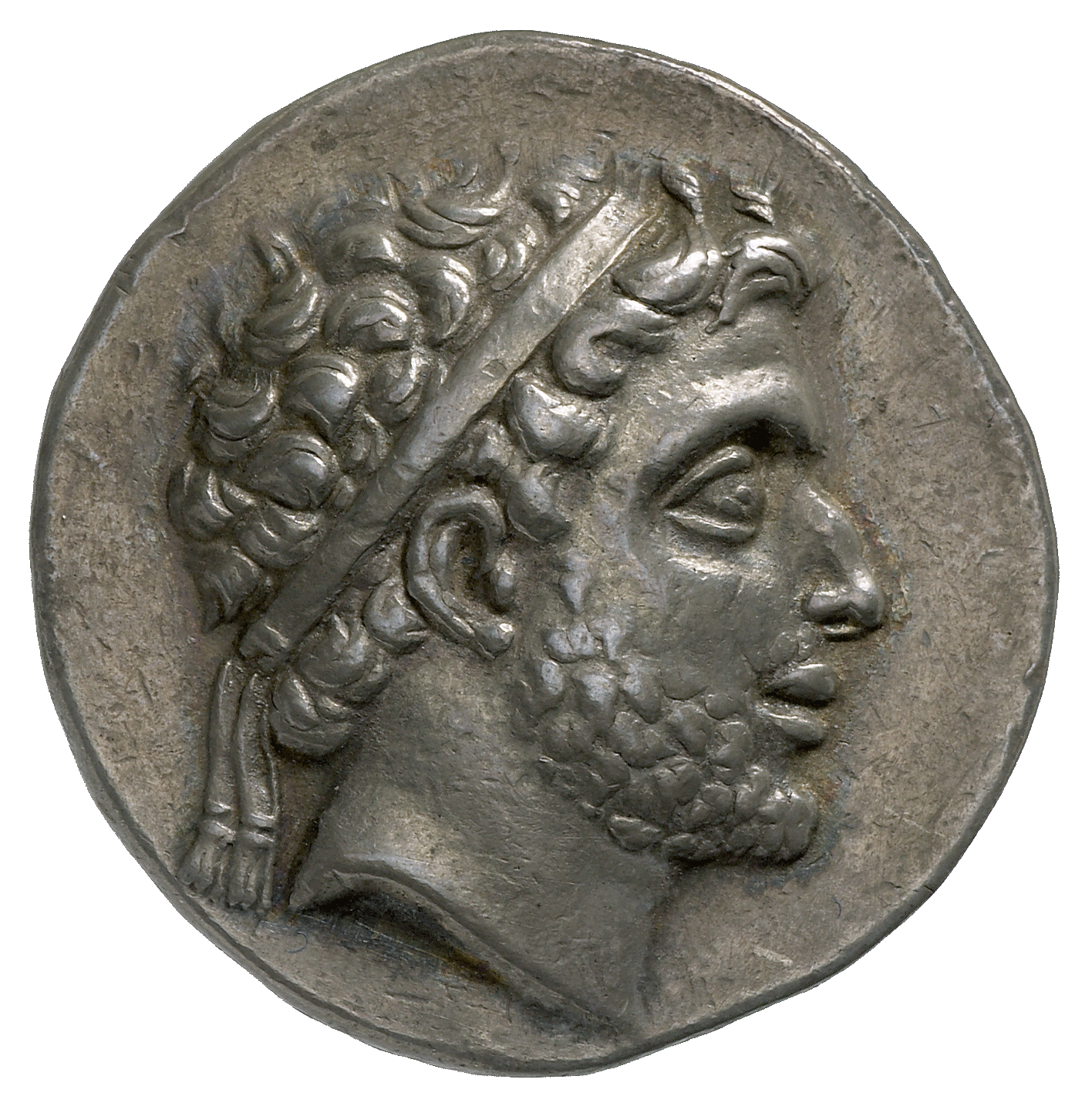 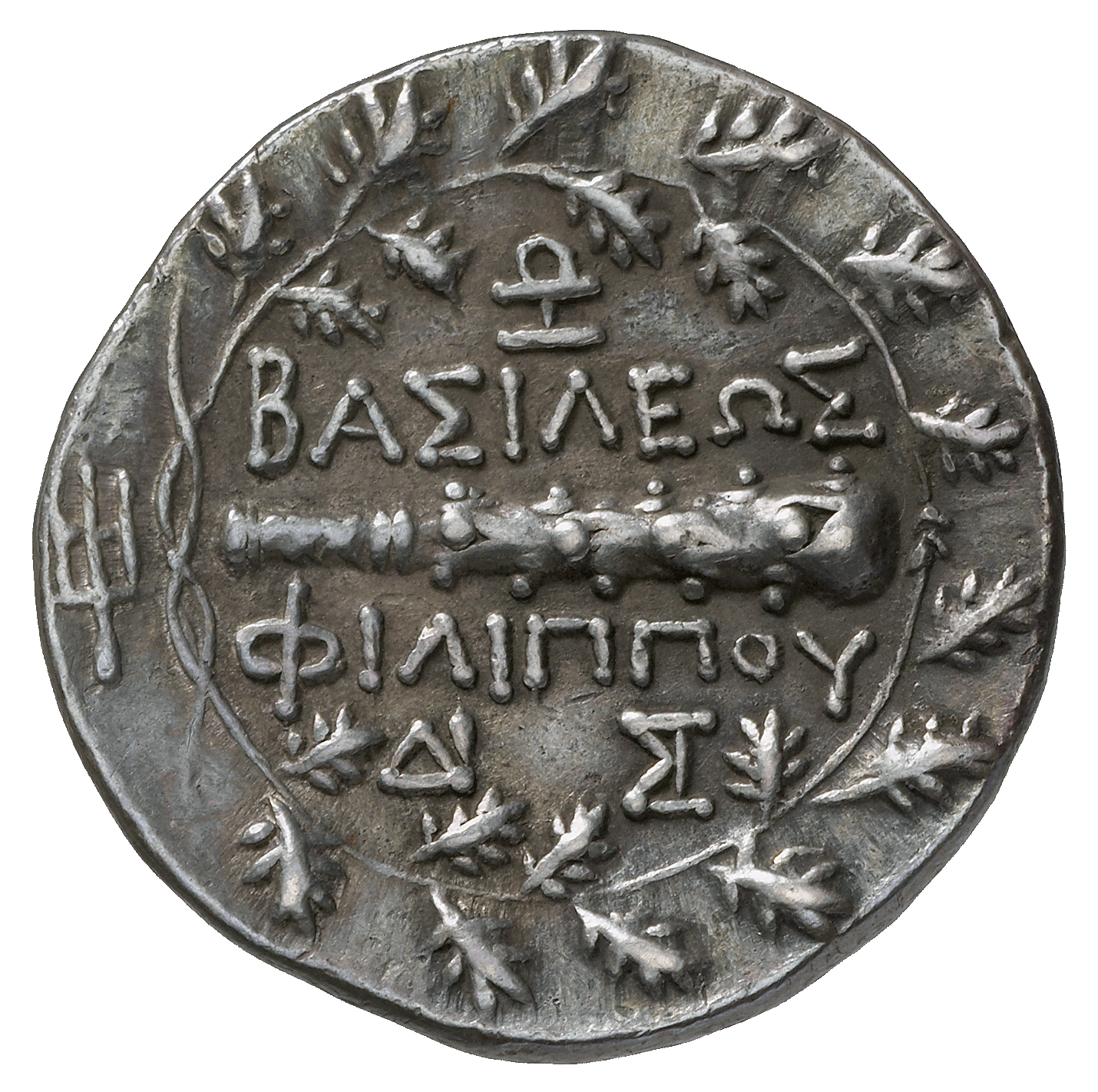 Philip V of Macedonia (221-179 BC) was an ally of Hannibal, yonder Carthaginian general who in 218 BC crossed the Alps with war elephants and over the next decade gave the Romans a lesson in fear. In the end, however, Rome defeated all her enemies: In 201 BC Carthage was subdued and five years later Philip suffered a decisive defeat: he had to abandon his fleet, give hostages and pay a tribute of 1,000 talents, which amounted to about 3,000 didrachms.

The obverse of this didrachm shows Philip with a short beard and a diadem in his hair. On the reverse is a club within a wreath of oak leaves. Oak leave-wreaths were the distinguishing marks of ancient Italic regents, and the club was the weapon of heroes, especially of Heracles. It symbolized valor and the readiness to defend oneself. These were certainly among Philip's qualities, even though they did not help him in the end.