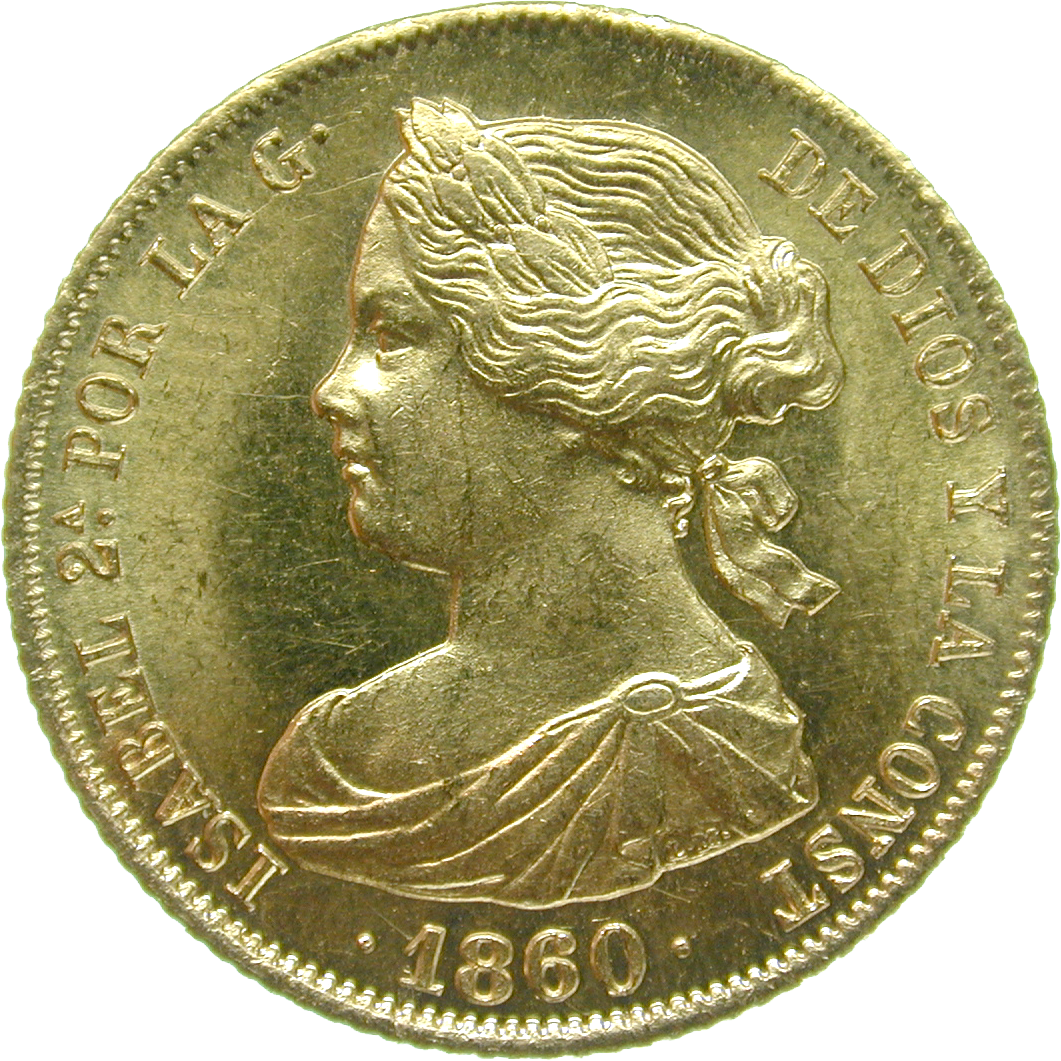 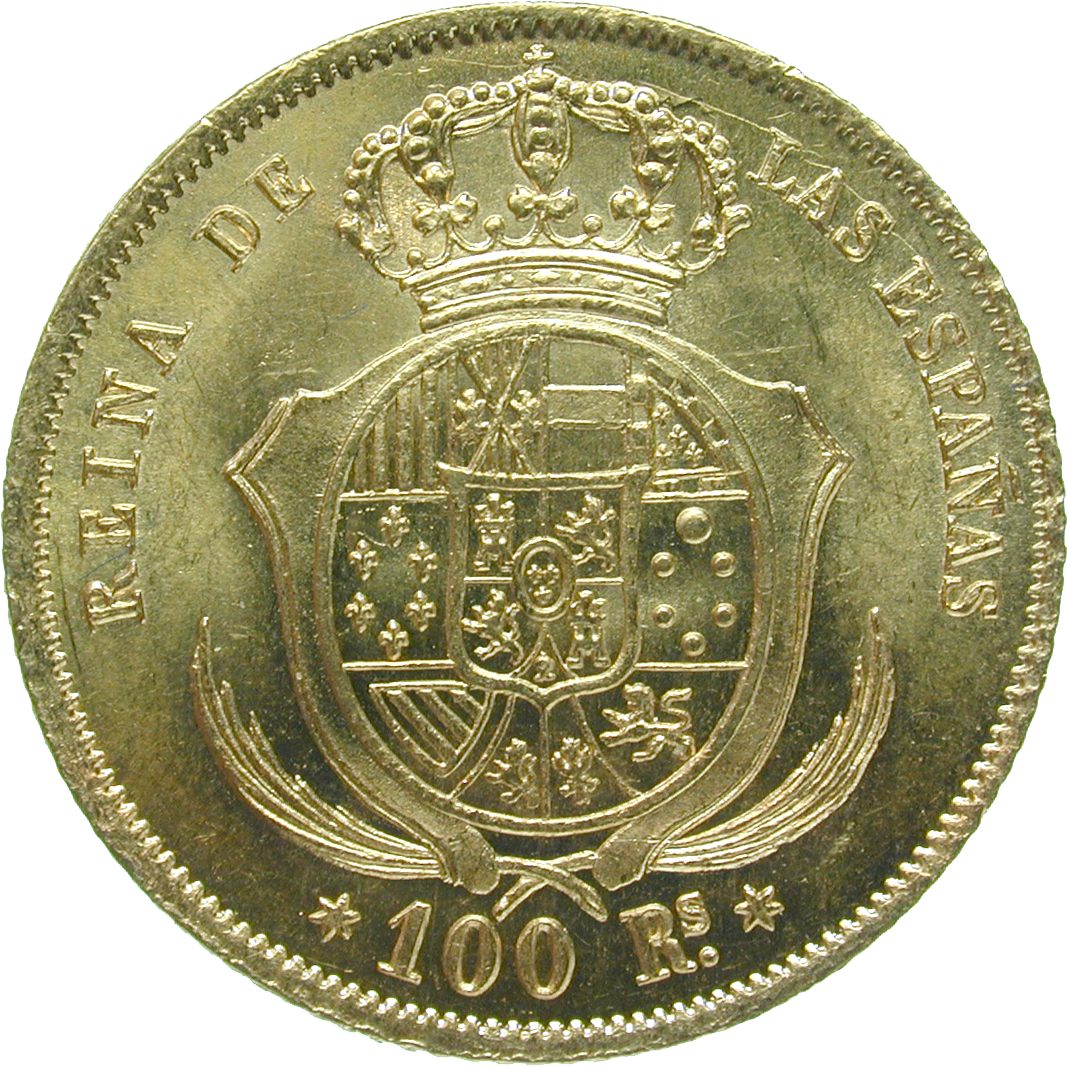 Under the rule of Isabel II (1833-1868), Spain got centralized: The national territory was divided into 49 provinces; internal tariffs were disestablished and the calculating system standardized. The currency system ought to be reformed also, as it was as chaotic in Spain as in most other European countries at that time. In 1848, a time of monetary experiment thus began in Spain, during which several currency reforms were decreed. The diverse reforms did not help, however, since the old coins in circulation were not demonetized. The currency chaos only accumulated. In 1868, Spain finally accepted the regimentations on coinage decreed by the Latin Coin Union. Spain thus once again got a new currency – the peseta worth 100 céntimos. It was in use until 2002, when Spain introduced the euro.