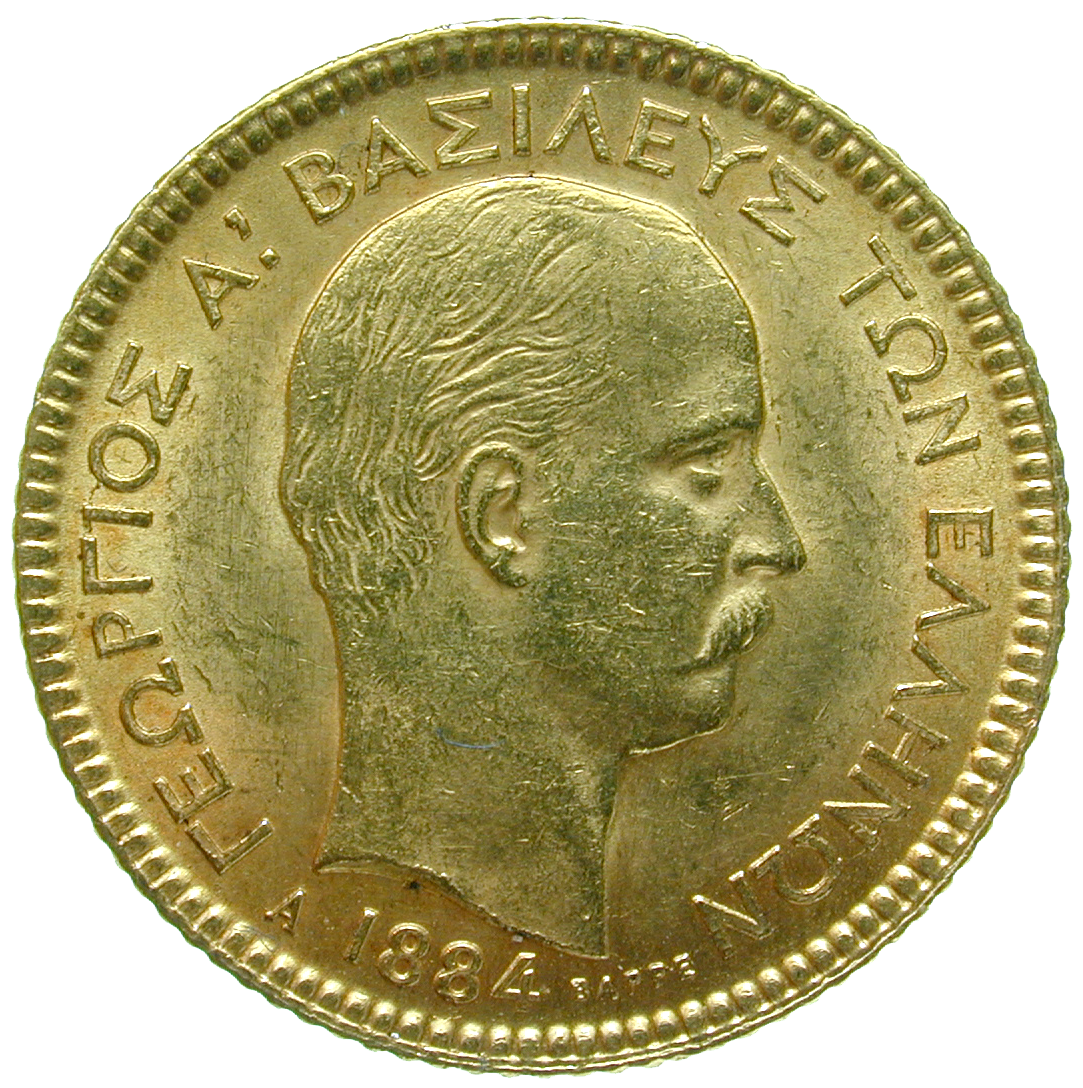 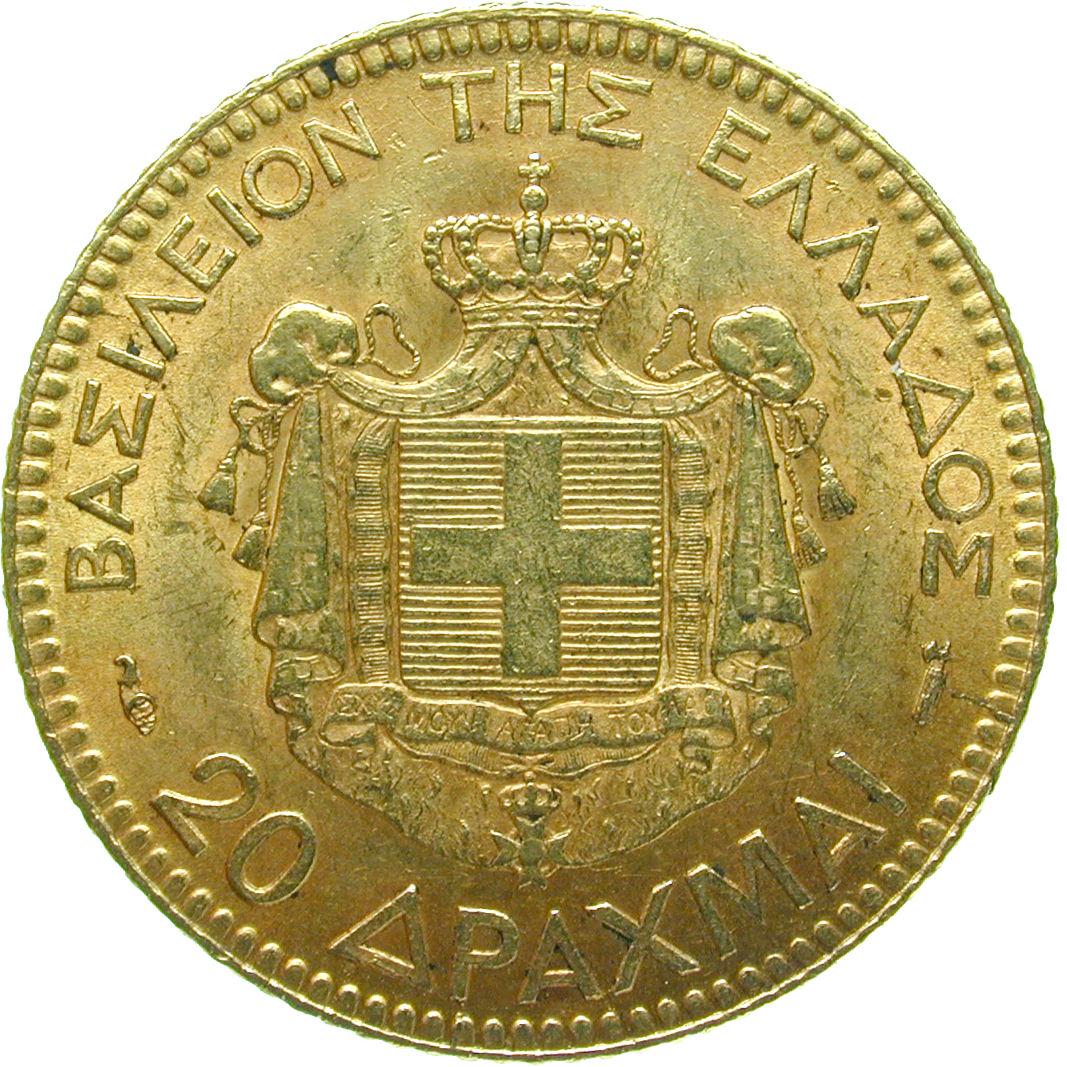 In 1868 Greece joined the Latin Monetary Union, a coalition of France, Belgium, Italy and Switzerland. These states all issued their silver and gold coins following a common coin standard, namely the French one. Being identical in weight, size, and fineness, the union coins of all member states circulated as legal tender in the other states. Pursuant to the regulations of the Latin Monetary Union, this 20-drachm coin weighs somewhat less than 6.5 grams and has a diameter of 22 millimeters and a fineness of 90 percent gold. The obverse depicts the Greek King George I (1863-1913), the reverse the national coat of arms.