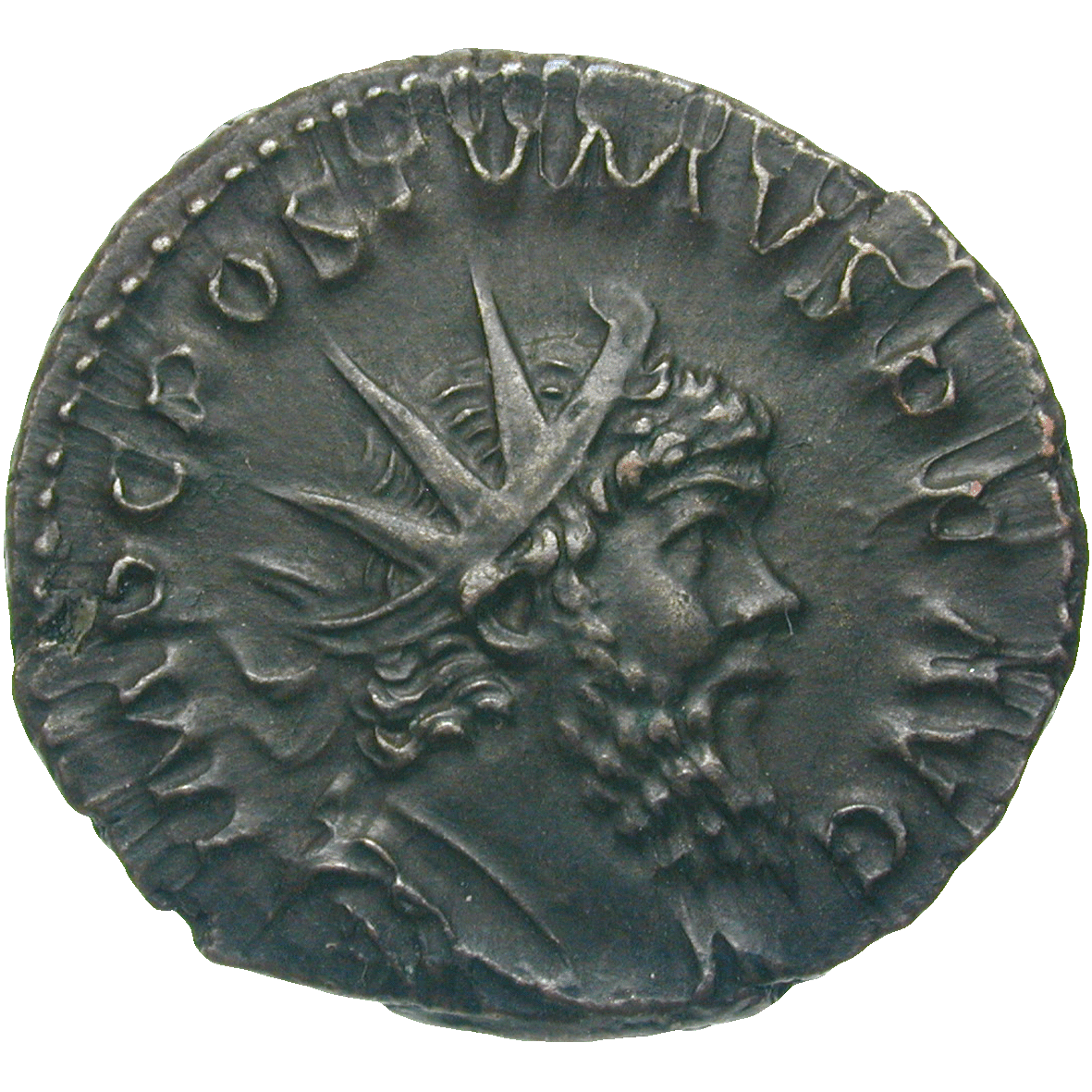 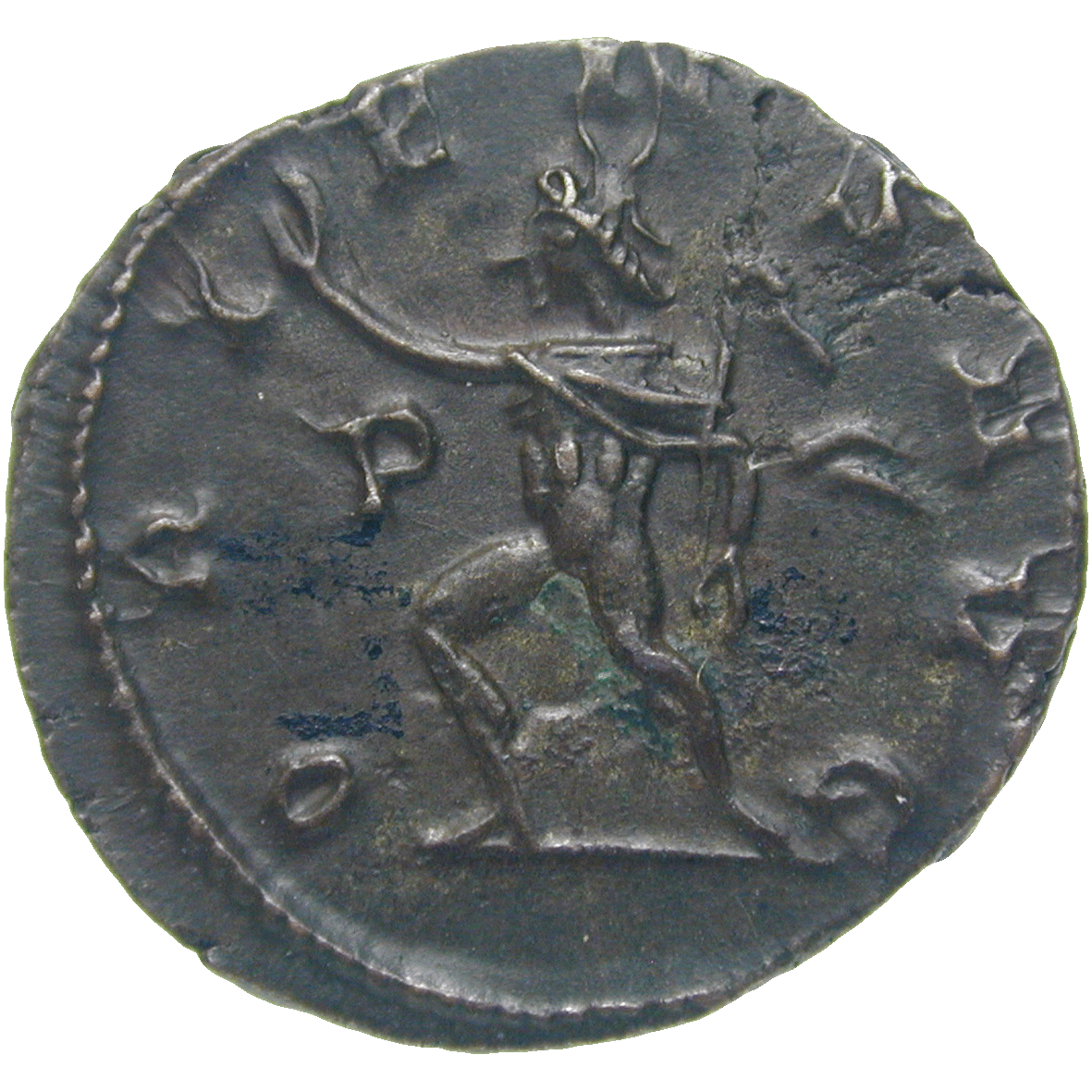 Marcus Cassianius Latinius Postumus (260-269) was the founder and first emperor of the so called Gallic Empire, the Imperium Galliarum. His realm comprised Germania, Raetia, Gaul, Britain and Iberia. It lasted only for a few years, however, from 260 to 274 AD.

In his realm, which he ruled and defended independently from the central government in Rome, Postumus issued many coins of diverse denominations. This antoninian depicts on the oberse the emperor himself, while the reverse shows Sol, the sun god.