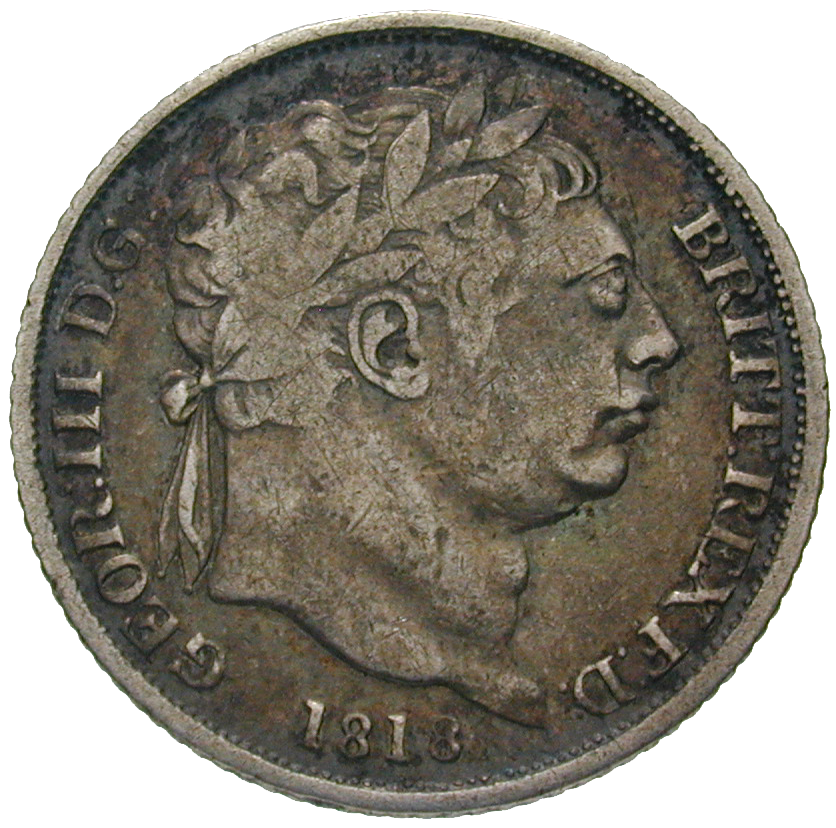 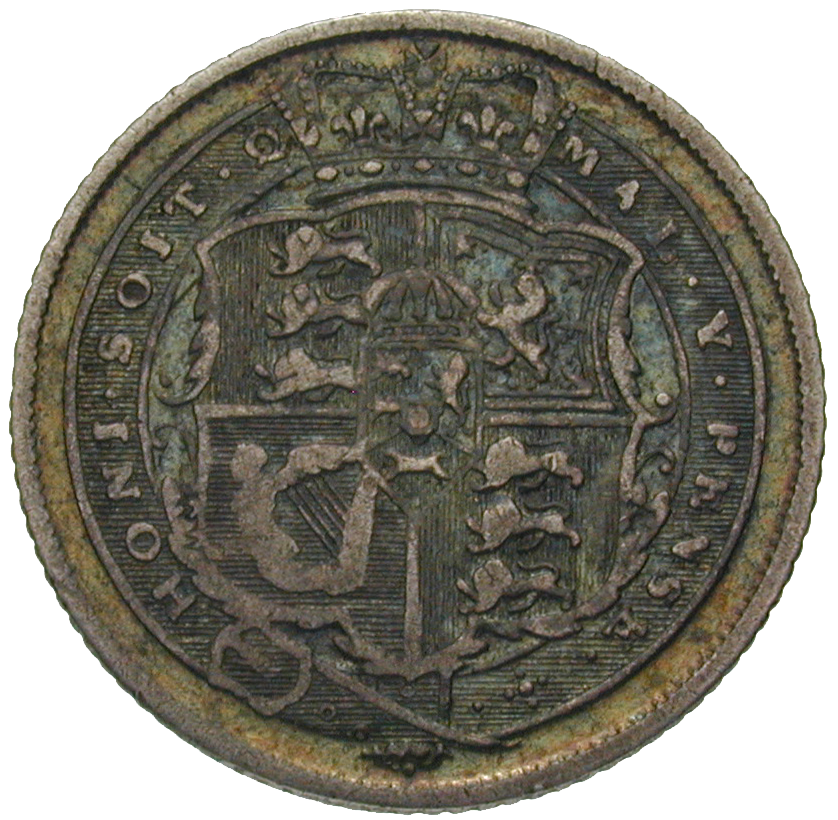 In 18th century England, a regulated national monetary system did not exist. Because of a lack of precious metals the British government issued, except for a few pieces of gold, hardly any coins. Around 1800, England even bought large amounts of Spanish pesos, had them counterstamped with a little picture of King George III, and put them as legal tender in circulation. In addition many tokens, private emergency issues, were in use. In 1816, the British coinage system was reformed. Private issues and counterstamped pesos were withdrawn from circulation, and replaced by new coins of diverse denominations. The reform was well prepared – a new mint had even been installed, since the old mint in the Tower was much to outdated for the undertaking. This six-pence-coin from 1818 depicts George III (1760-1820). Disrespectfully, people soon called the coin "Bull's head." At that time, the king was almost eighty, and this is a very unfortunate portrait.