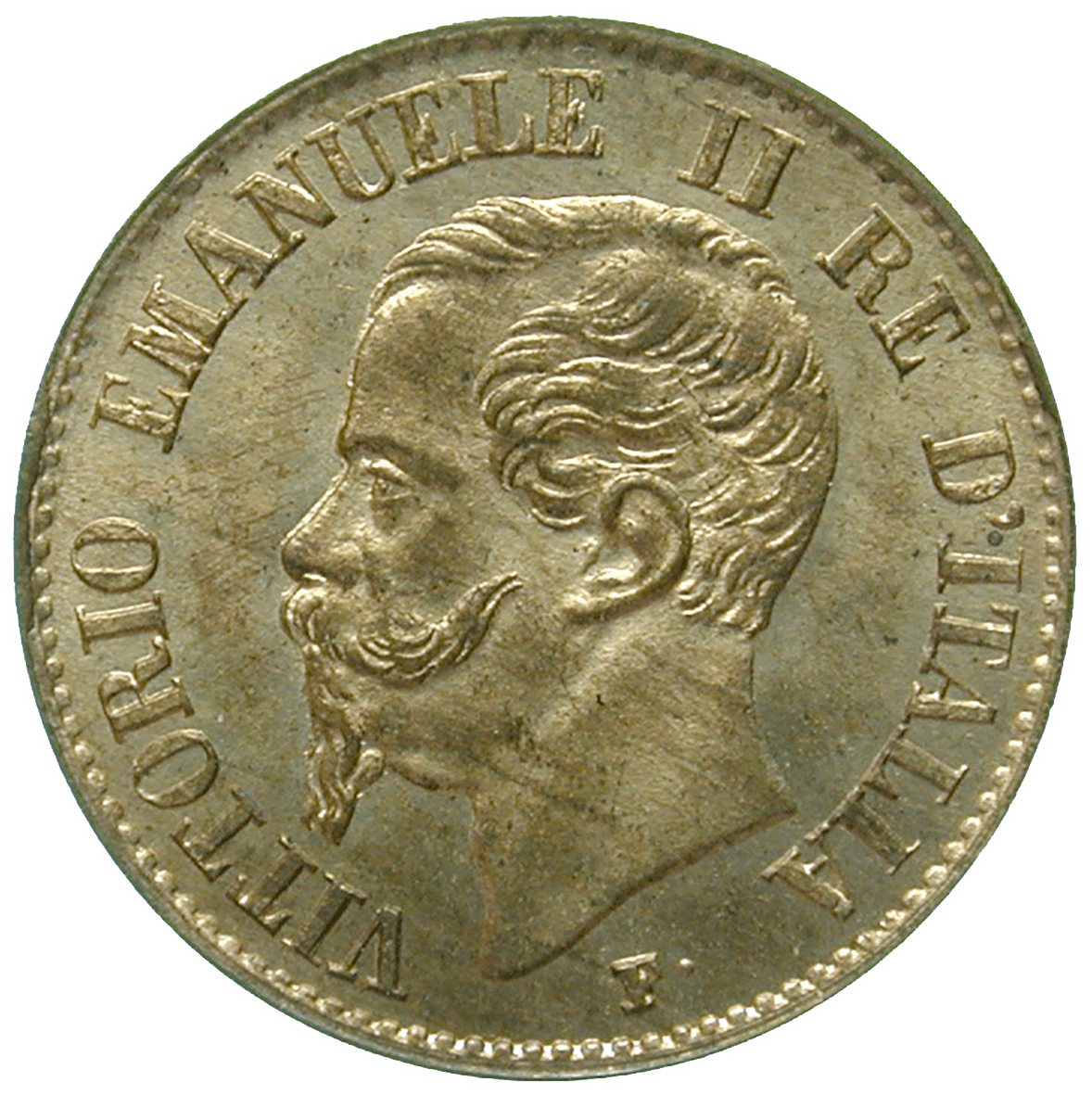 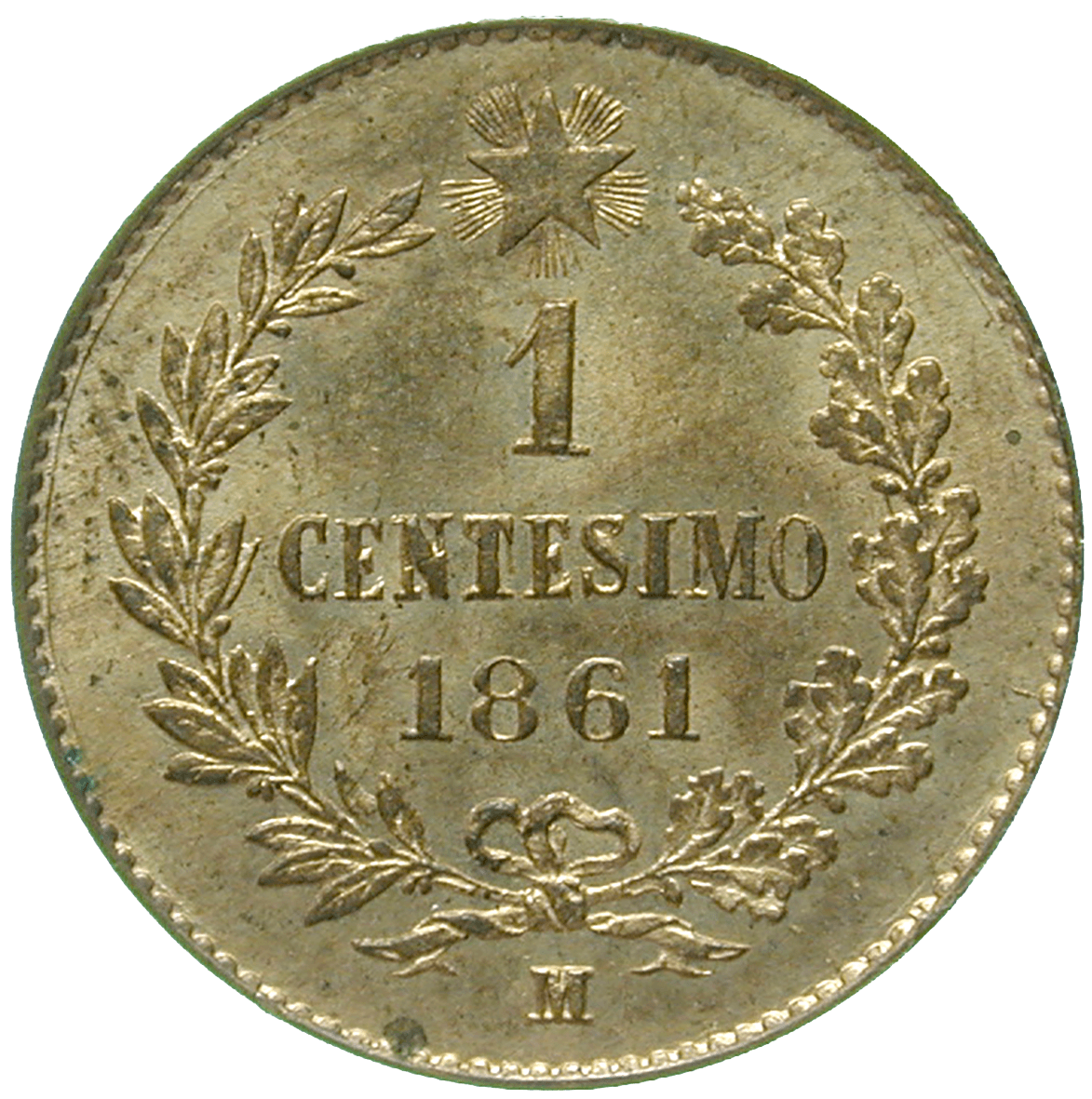 In 1861, Vittorio Emanuele II, duke of Savoy and king of Sardinia and Piedmont, adopted the title "King of Italy" (until 1878). As a currency the new state got the lira. Modeled after the French franc, the Italian lira was divided decimally – 1 Lira was worth 100 centisimi. Even the smallest copper coins were stylishly designed and carefully minted. The portrait of the king does not give away that Vittorio Emanuele was of robust appearance, looking much more like a farmer than like a king. The die was cut by engraver Giuseppe Ferraris, who had already designed the coins of Vittorio Emanuele as King of Sardinia-Piedmont and Duke of Savoy.