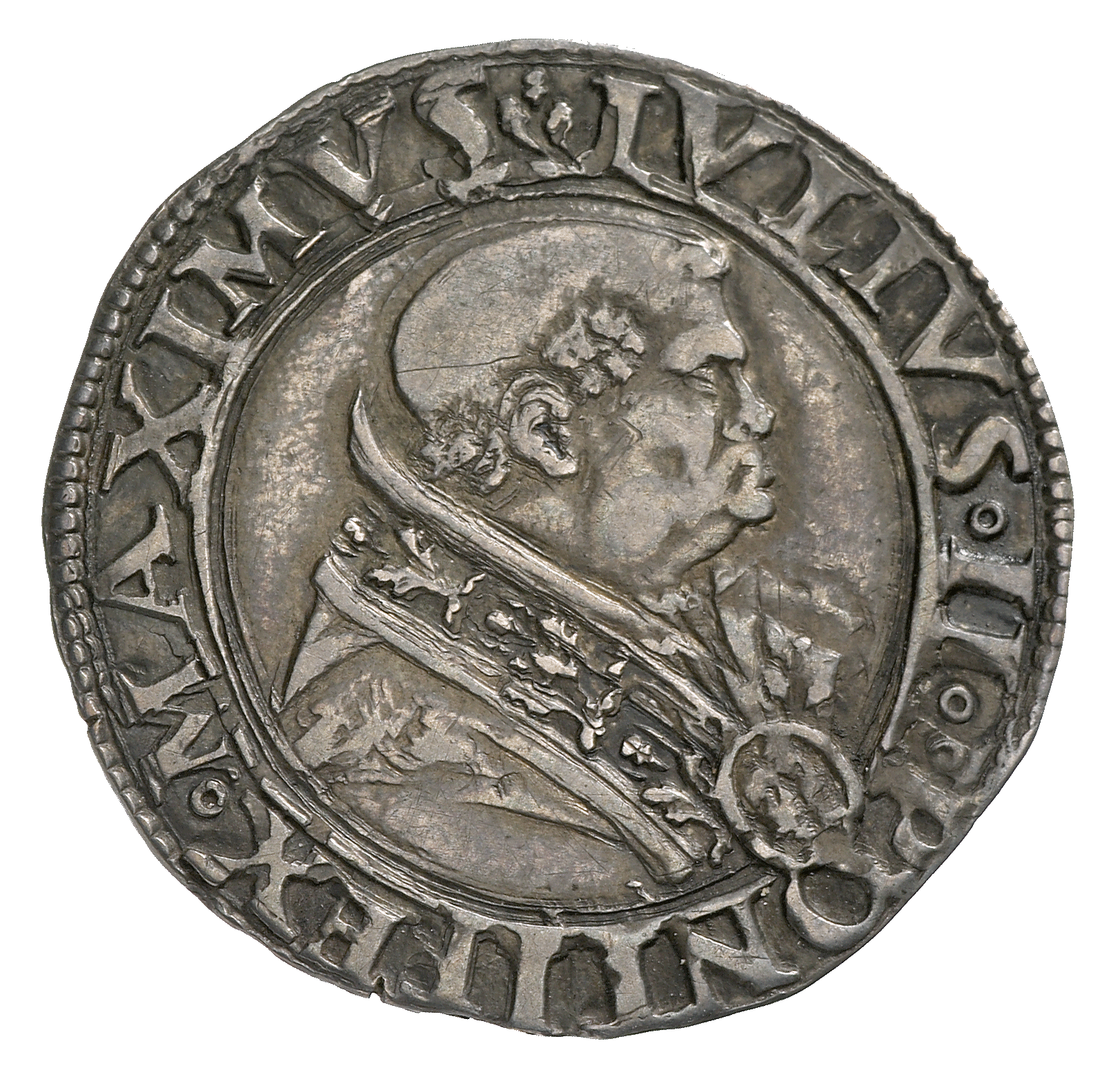 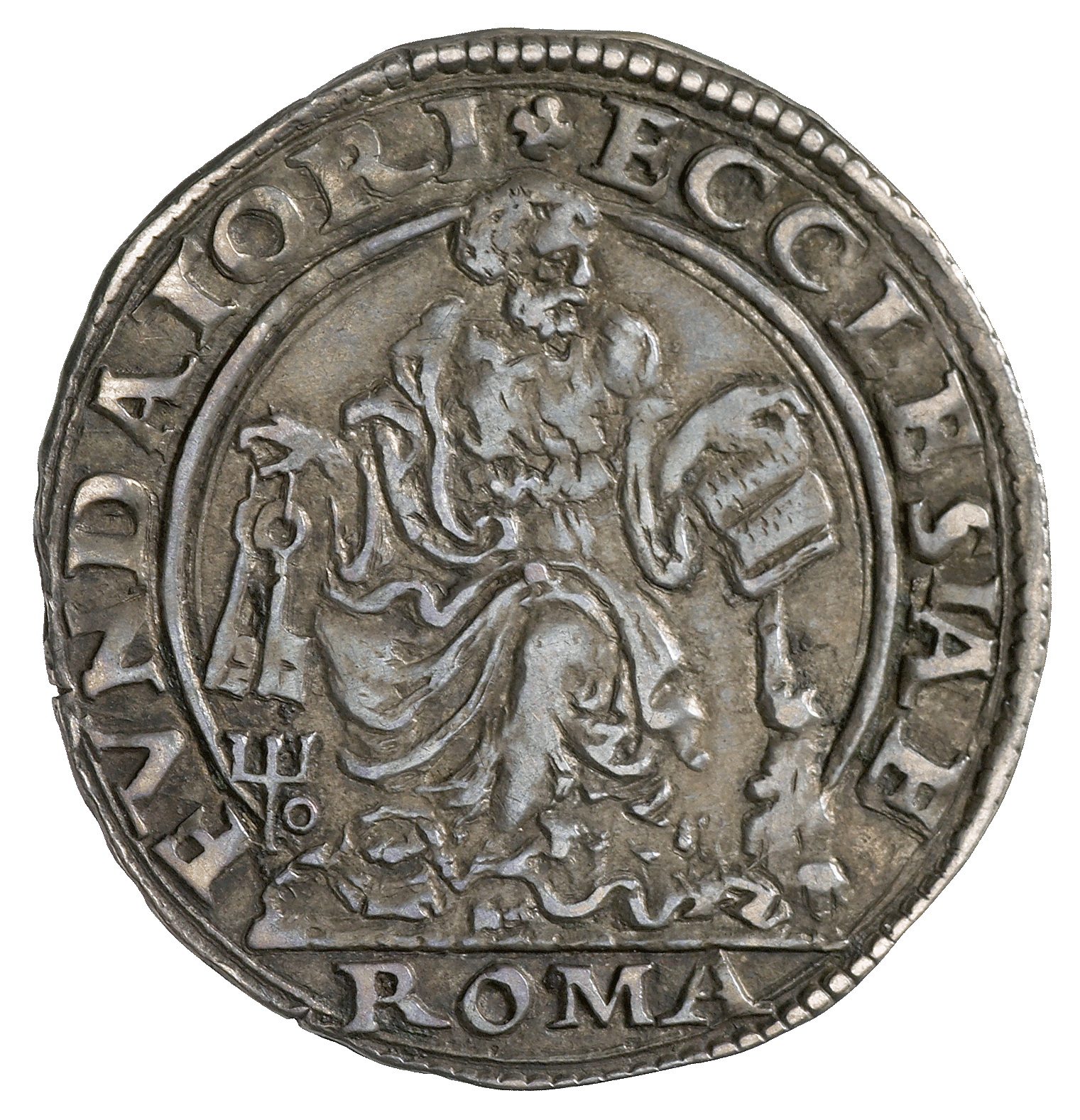 Pope Julius II (Giuliano della Rovere, 1503-1513) was by nature more of an old trooper than a spiritual leader. During his 10-year term of office, he had one main goal: the Papal States should attain their former greatness and dignity. To this end, Julius tampered with the numerous conflicts of the diverse Italian city-states and duchies, and with the politics of ever changing alliances, intrigues and stratagems. The necessary financial means for all these intrigues and fights were provided by selling indulgences, by simony, by corruption – and by the Fugger family. The Fuggers were a widely ramified Augsburg family that had its fingers in all the pies to do with money and power in Europe. In Rome it was Markus Fugger, who by papal order conducted the selling of indulgences. Moreover, the papal mint was leased to the Fuggers from 1508 to 1515. The discreet trident on the reverse of our coin is the Fuggers' sign. Besides Saint Peter is depicted, holding the heavenly keys and a Bible.