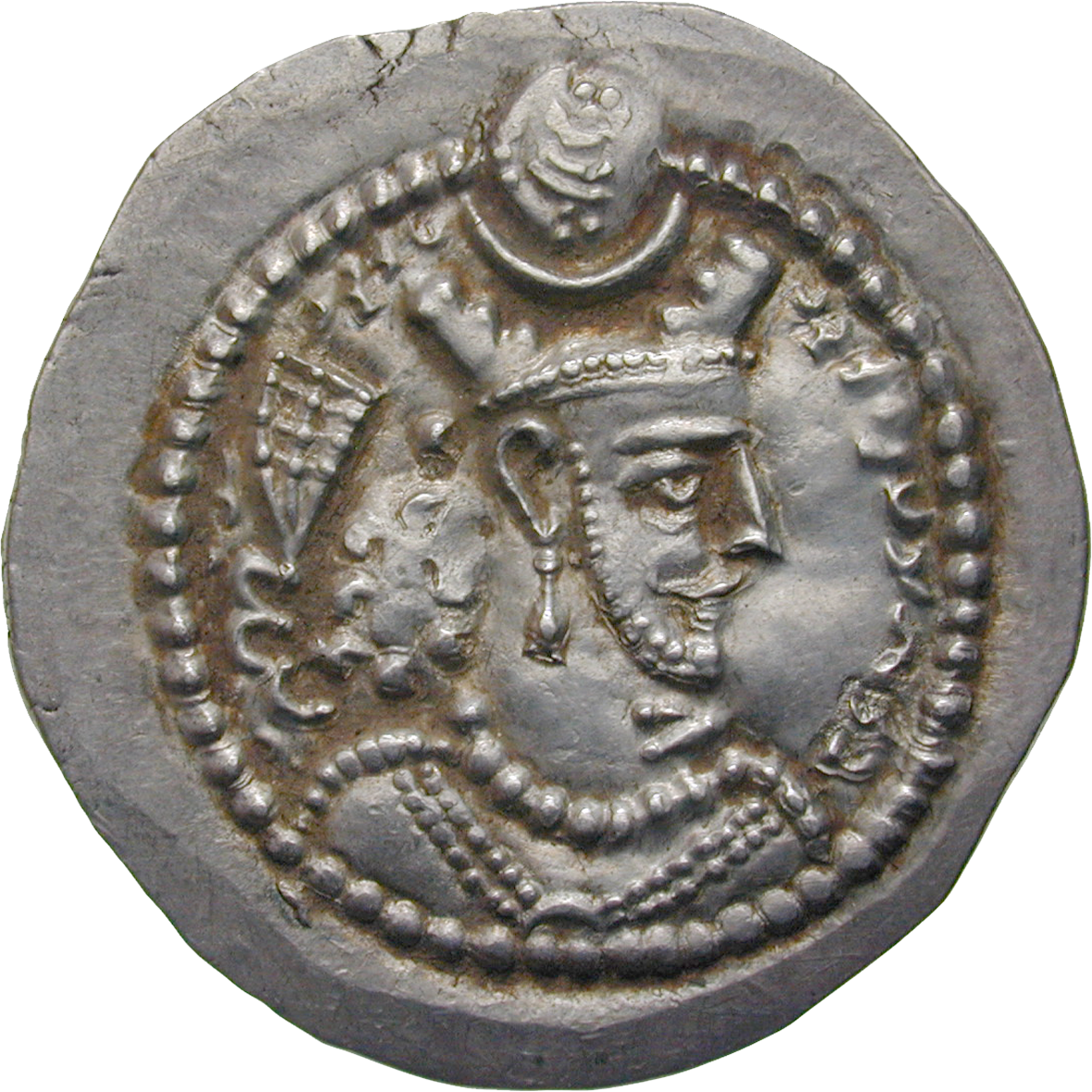 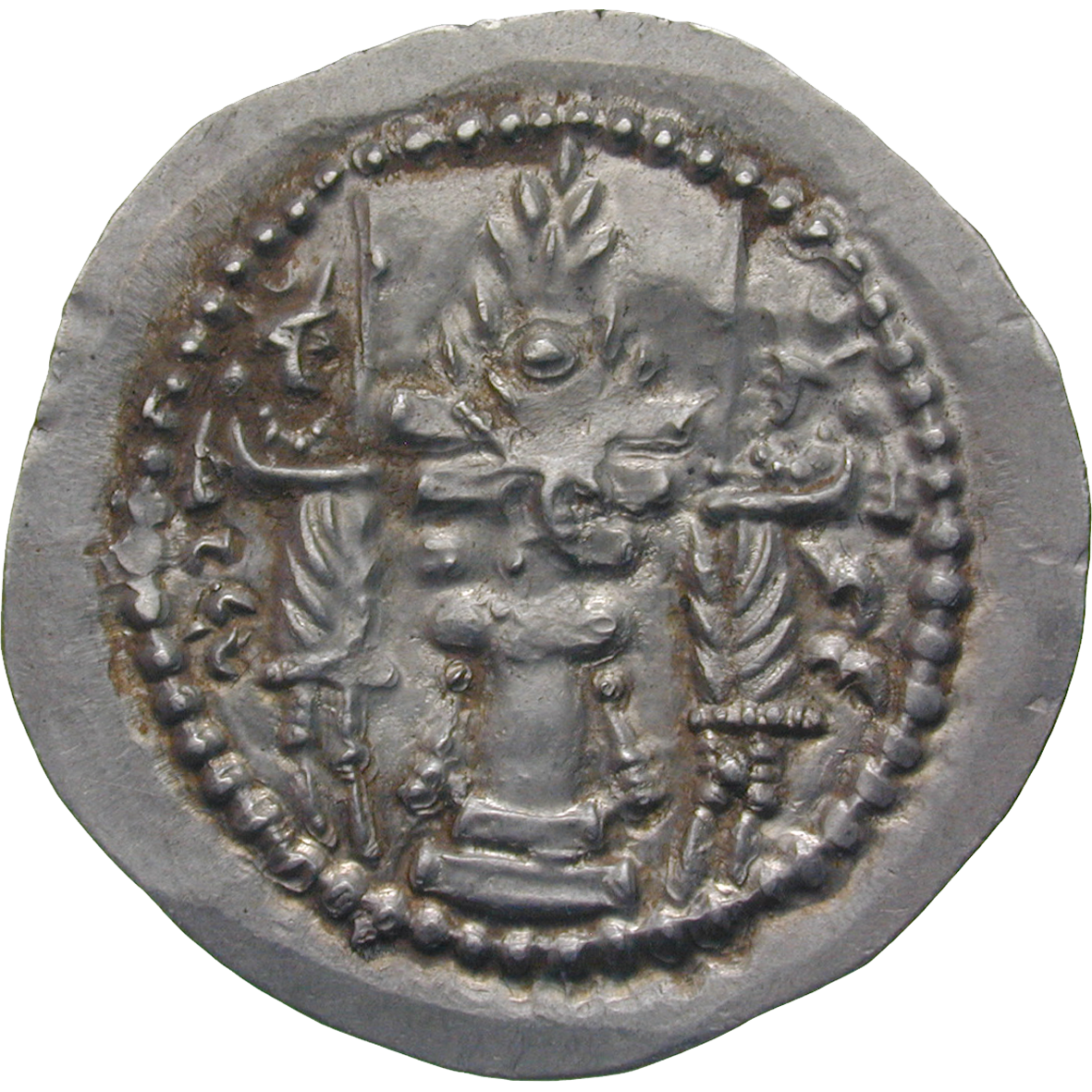 The Sassanid Empire stretched roughly over the territories of modern Iran and Iraq and some of their peripheral regions. It evolved after the fall of the Parthian Empire during the first decades of the 3rd century AD, and lasted until the Arabic conquest of Persia some 400 years later. During that time, the Sassanids formed a significant great power.

The Sassanid rulers issued flat, relatively thin drachms that usually bore the bust of the king on the obverse, here of Bahram V (c. 420-438). The top of his crown displays a crescent, the symbol of the Sassanid Empire. The reverse shows two priests around a fire altar: the Sassanids were adherents of Zoroastrianism, a religion with temples in which sacred fires were fostered.