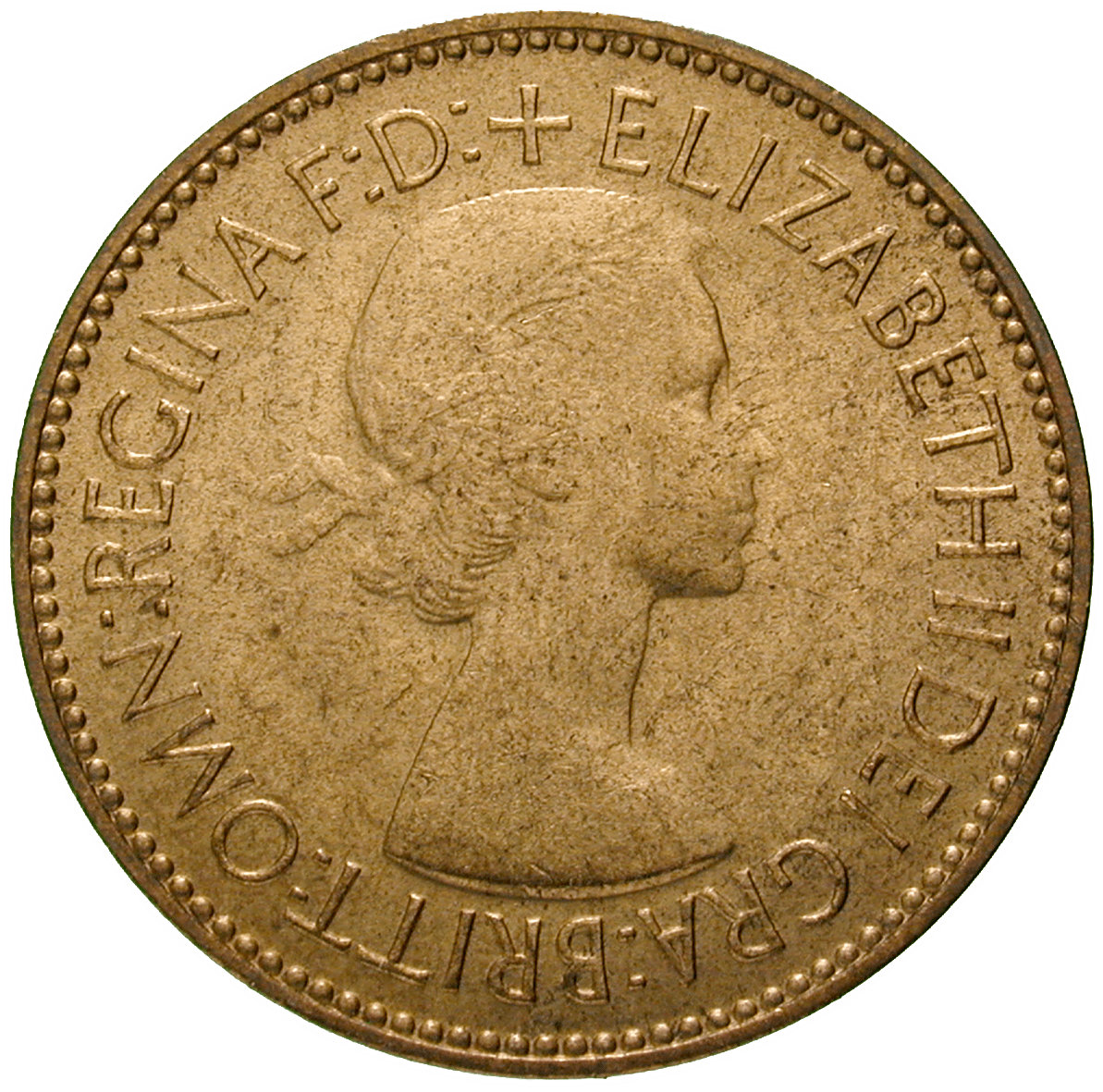 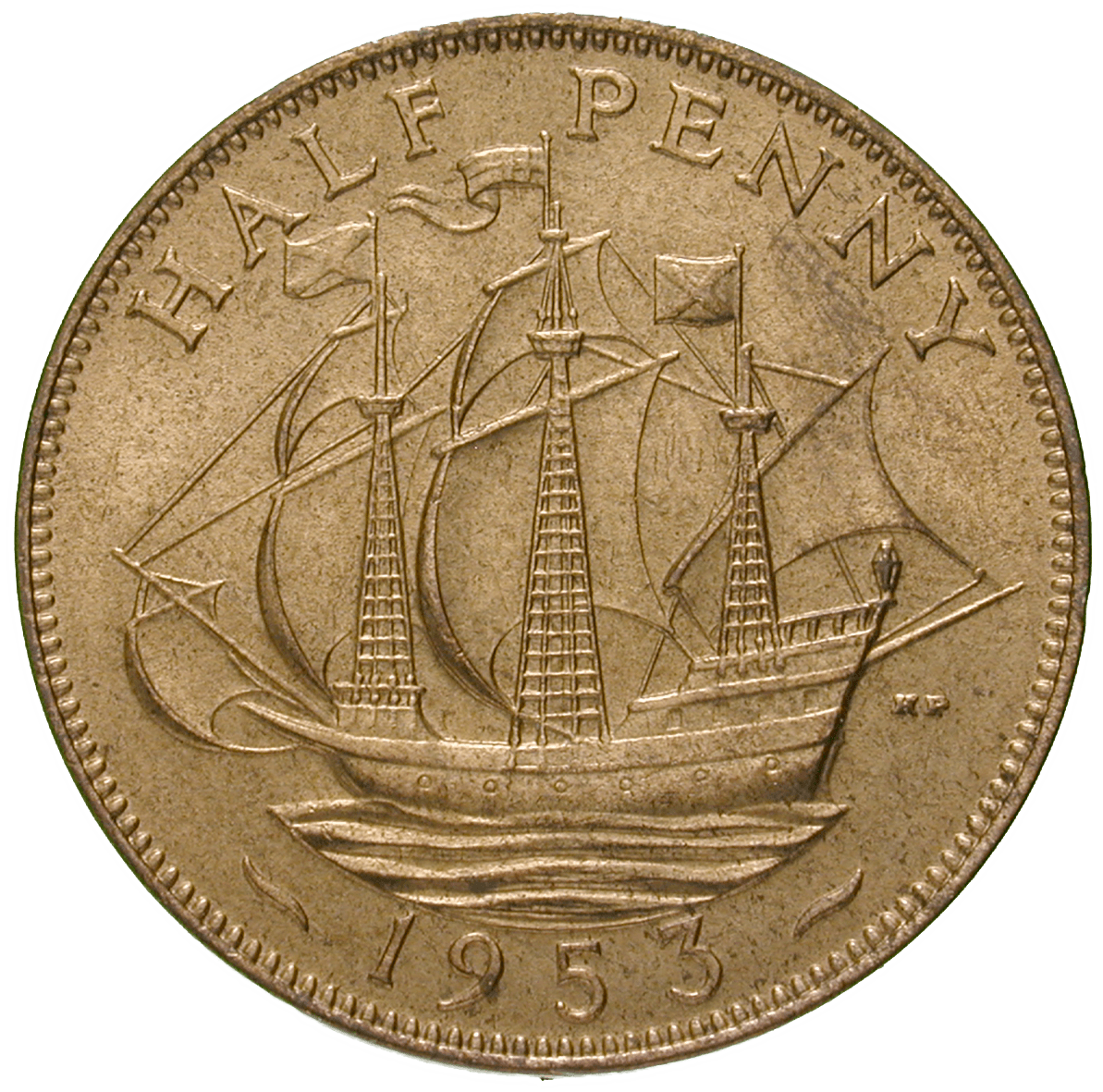 Elizabeth was proclaimed queen on February 6, 1952 – the day of her father's death. Her official coronation took place sixteen month later, on June 2, 1953, in Westminster Abbey. This halfpenny is thus one of the very first coins issued during Elizabeth's reign. It depicts the queen as a young woman – she was twenty-six at the time of her ascension to the throne. This portrait was used unchanged on coins until 1968. The three-master on the reverse was a common design on British tokens, which mostly had a value of half a penny. These tokens were issued from the 17th to 19th centuries by private merchants and craftspeople as emergency coins, since England constantly suffered from a shortage of divisional coins: the English government did not provide for enough small change at that time.