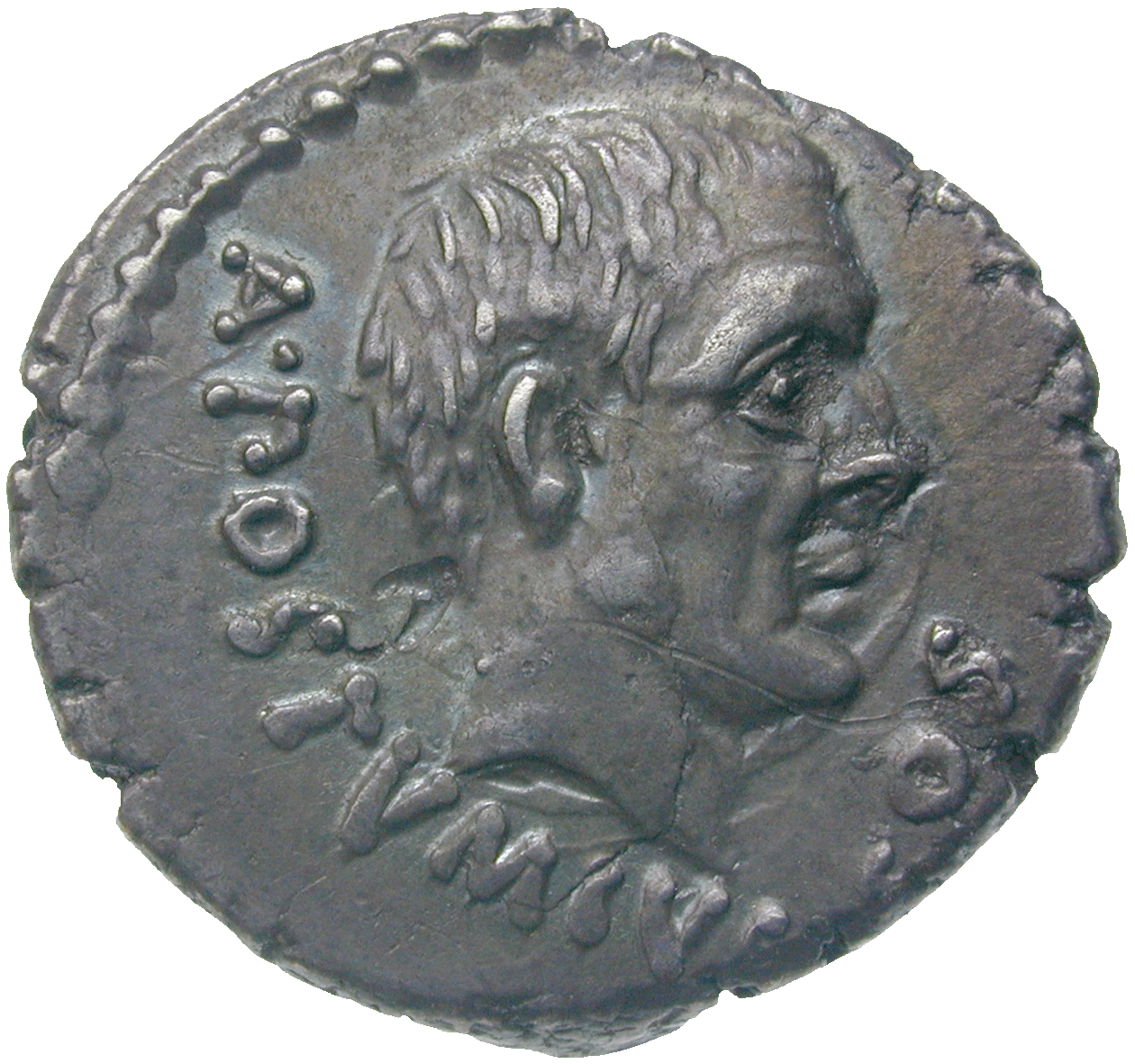 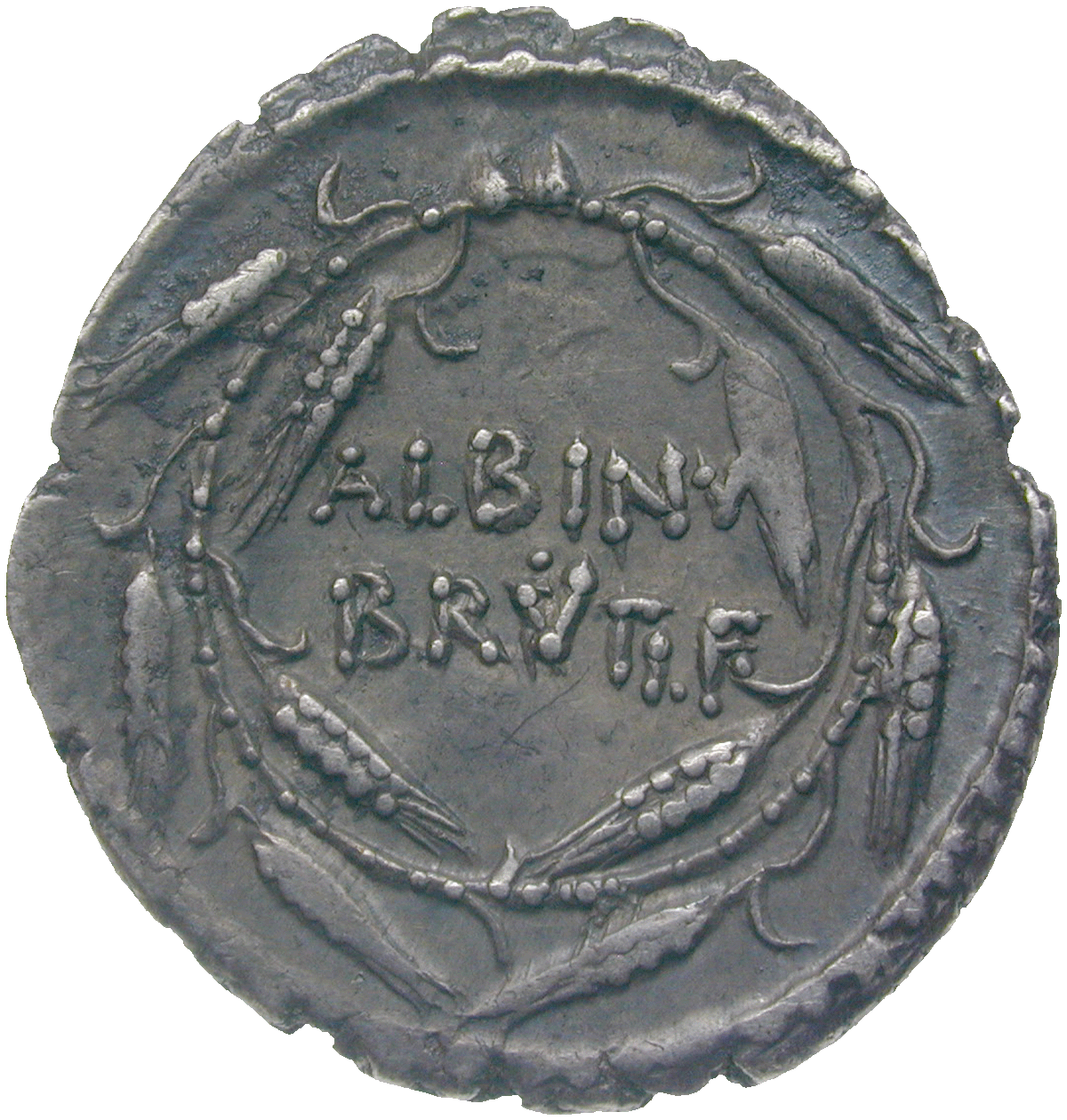 This denarius was issued by Decimus Junius Brutus Albinus around the middle of the 1st century BC. At that time Roman moneyers usually glorified their ancestors on their coins. Hence this coin portrays his adoptive father Albinus Postumius. The reverse shows his name ALBIN. BRVTI. F(ilius) in a wreath of barley ears.

Decimus Brutus was a loyal supporter of Julius Caesar. He had served in Caesar's army in the Gallic wars and the subsequent civil war. Yet in 44 BC he joined the conspiracy against Caesar and became one of his assassins. The reason for this swing of opinion was Brutus' belief in republican values. He suspected Caesar of planing to become sole ruler of Rome, an abhorrent vision for every republican Roman.