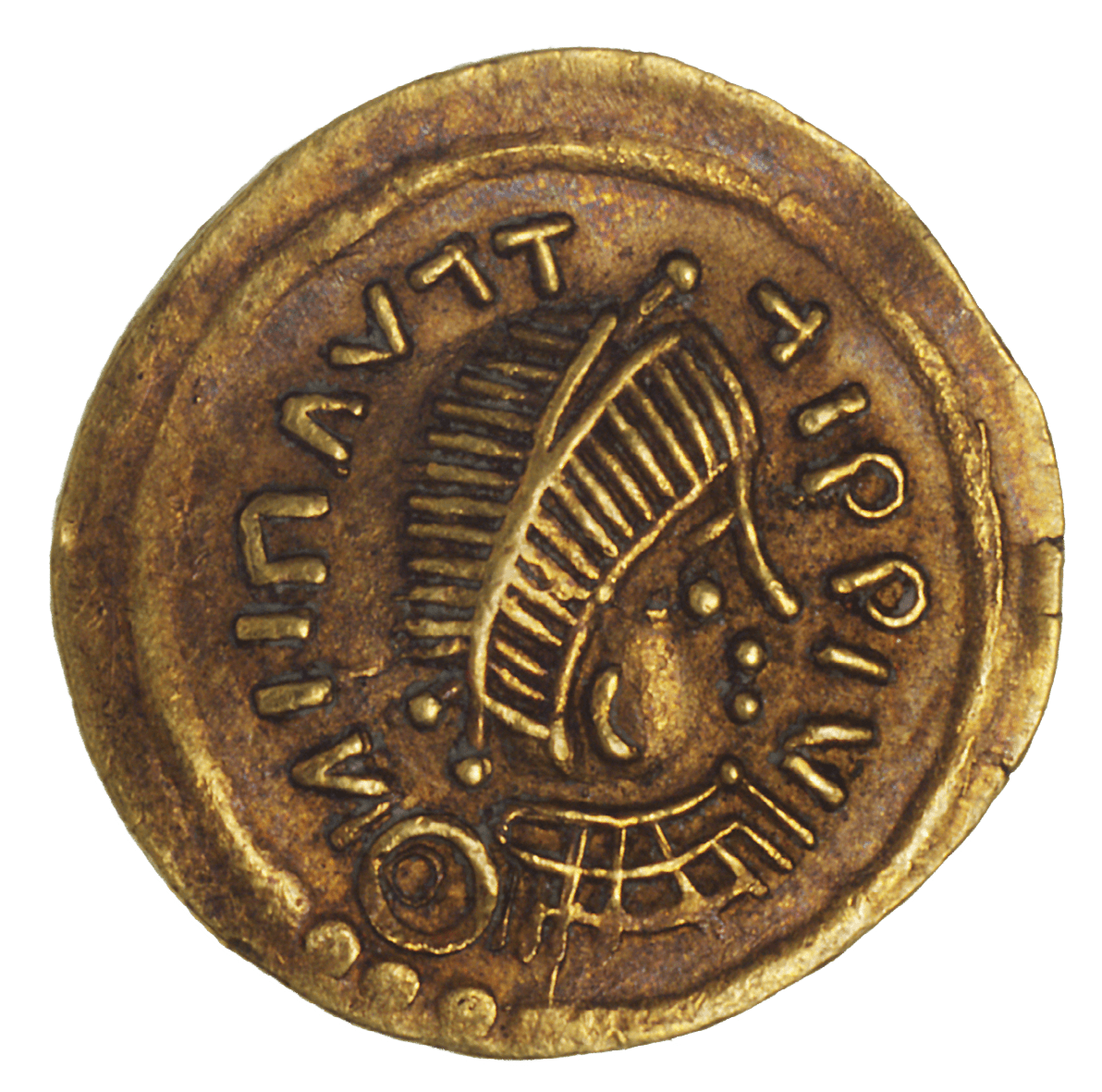 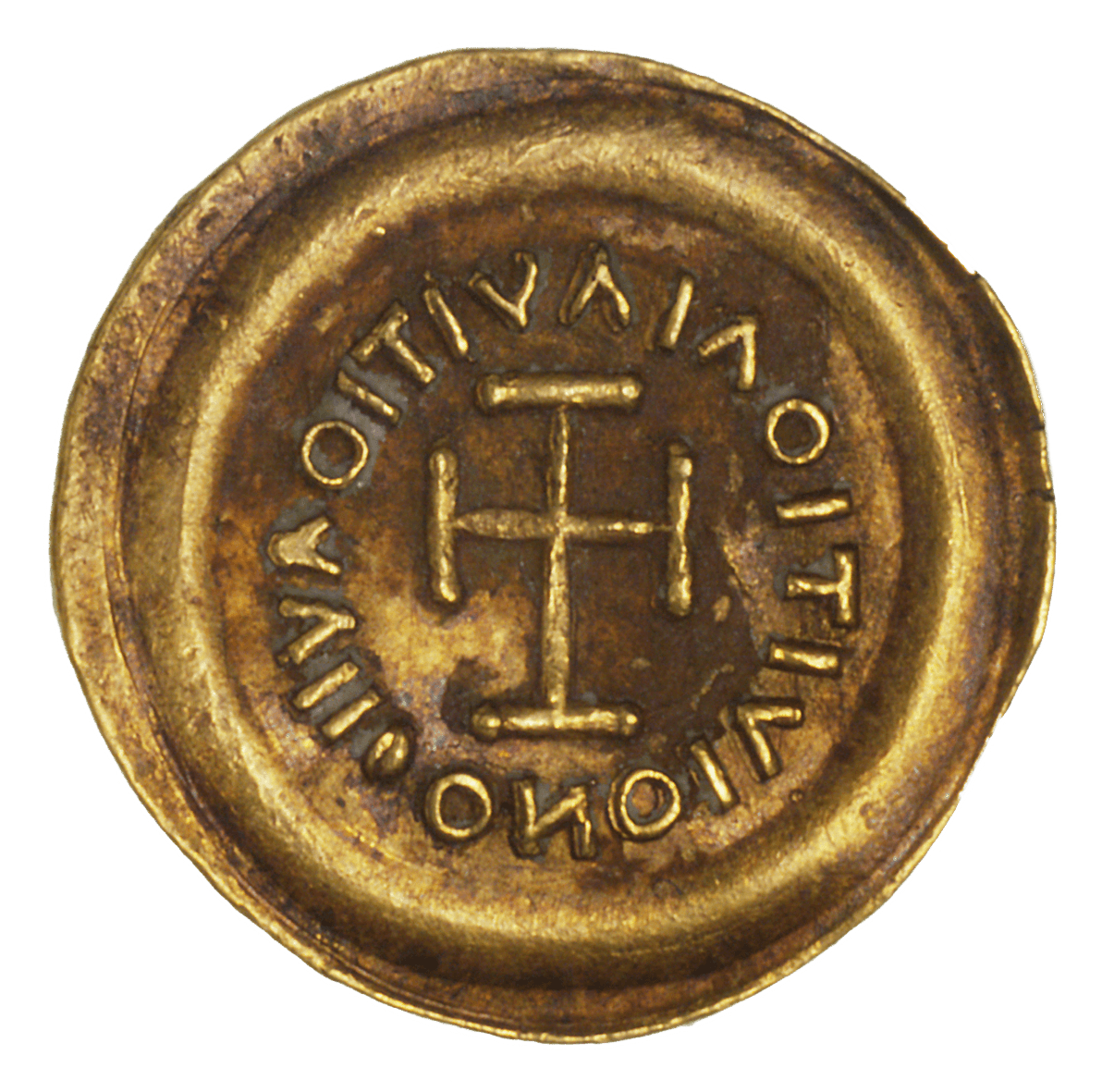 The coins of the Germanic kings were geared to the coins of Rome – to the very empire thus that they had overthrown in the course of the Migration Period. But while the Roman gold coins depicted realistic portraits of the respective emperors, Germanic pieces illustrated impersonal, strongly schematic busts of the rulers. As far as the Germanic kings were concerned, coin motifs regarded politics and a claim to power rather than the representation of recognizable individuals. The kings wanted to represent the function and the legitimacy of their political functions, because they saw themselves as legitimate heirs to the Roman emperors. As such they also represented Christianity, which since 380 was the official religion of the Roman Empire. Like the Roman archetypes the Germanic coins mostly bore a cross on their reverse. On this tremissis of the Lombard king Perctarit (672-688) it is a cross potent, a cross with arms of equal length, each with a crossbar at the end.