Kingdom of the Netherlands, Juliana, 1 Gulden 1958 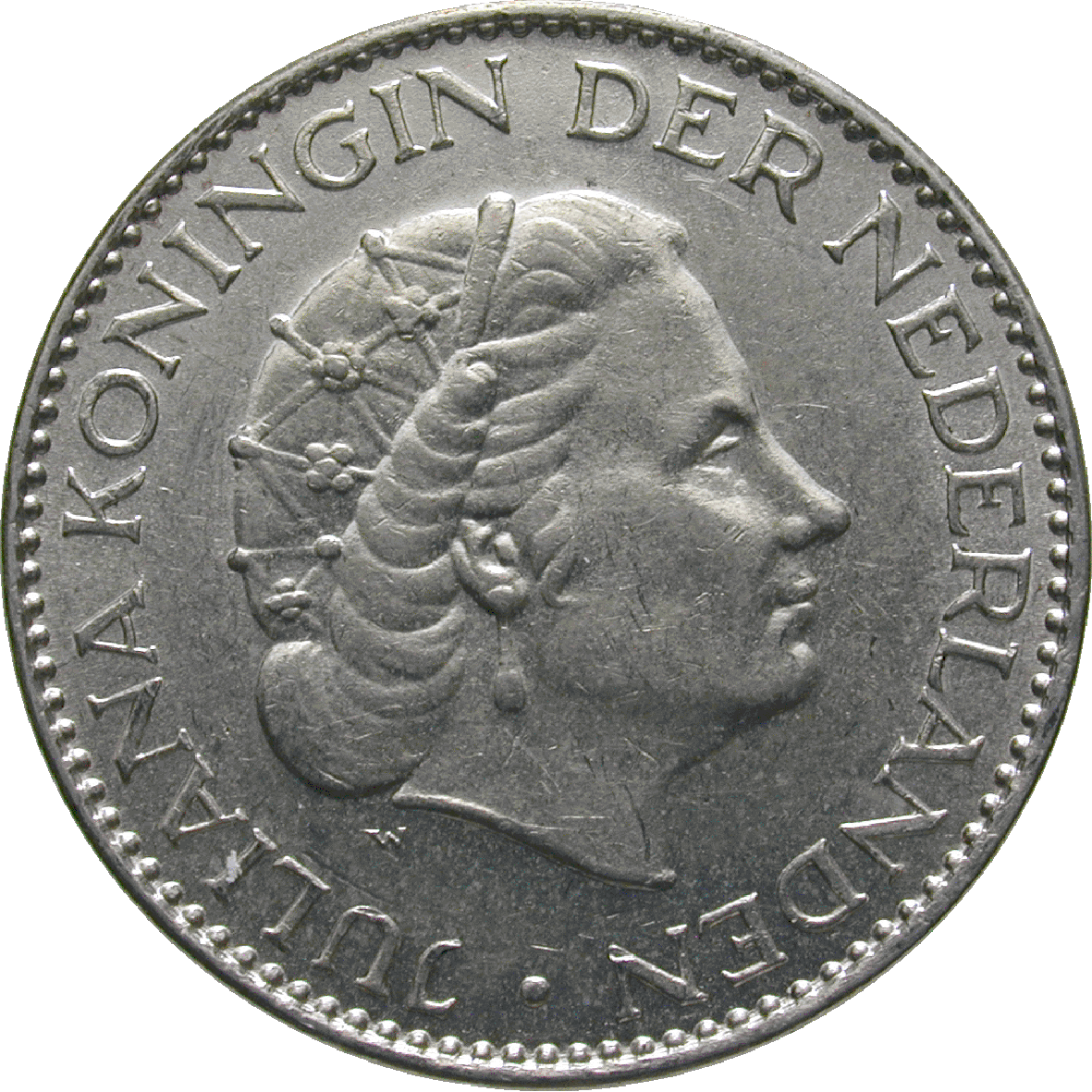 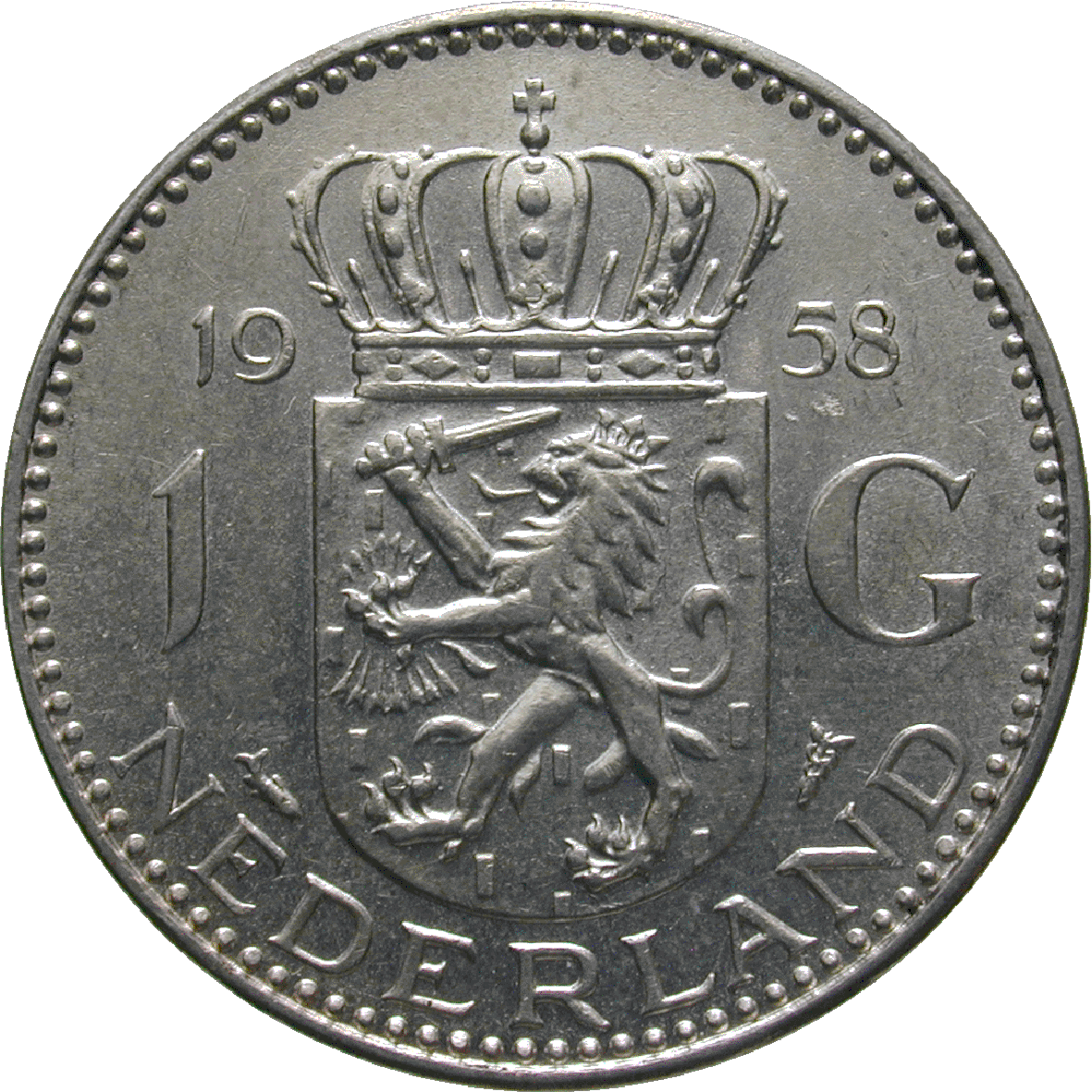 As befits a kingdom, one face of the Dutch coins always depicts the ruler. Here it is Queen Juliana, who sat on the Dutch throne from 1948 to 1980. She was succeeded by her daughter Beatrix, who again made way for her son Willem Alexander in 2013. Dutch queens and kings all descend from the House Orange-Nassau. This harks back to William I of Orange-Nassau, the leader of the Dutch revolt against Spanish rule. He was the first stadtholder of the independent Republic of the Netherlands.