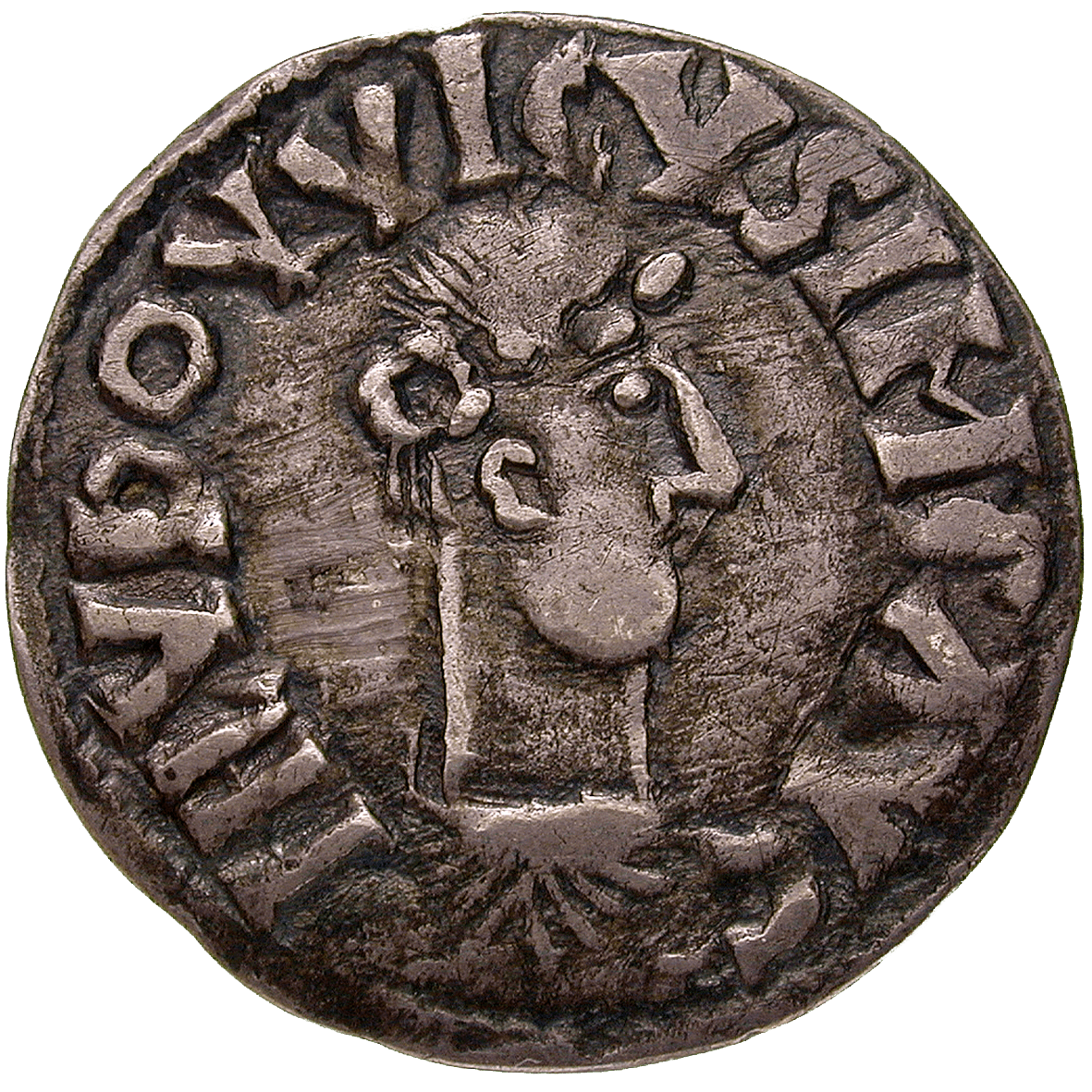 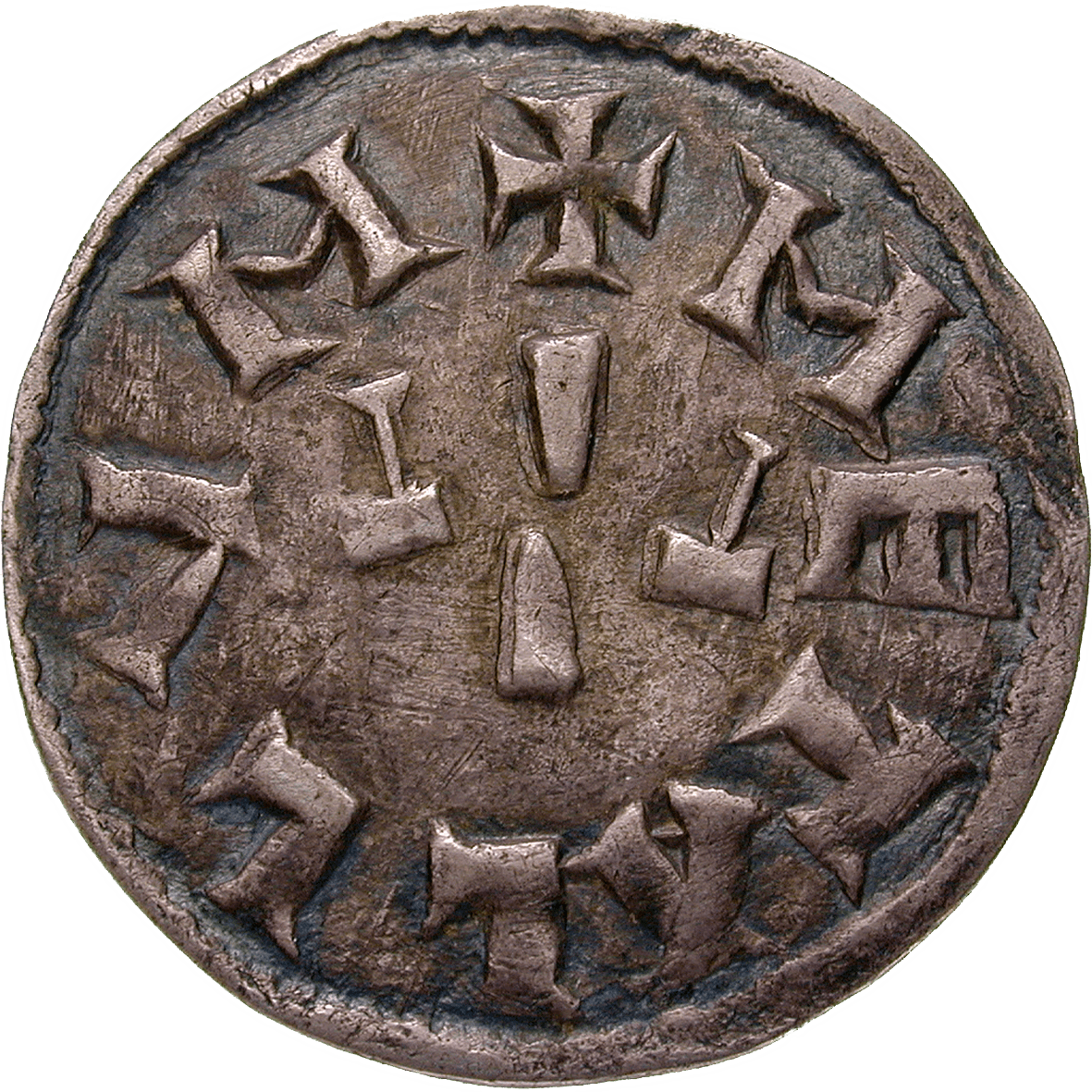 This coin is one of the first issues of Louis the Pious (814-840). It was minted in Melle in the southwest of France. The crude workmanship approximated the quality of other provincial mints of the time. The obverse bears a slightly unfortunate portrait of the king, while the reverse depicts the major tool for minting, the two dies and two hammers. Louis' father Charlemagne had established the mint of Melle, because of the rich silver ores situated there.