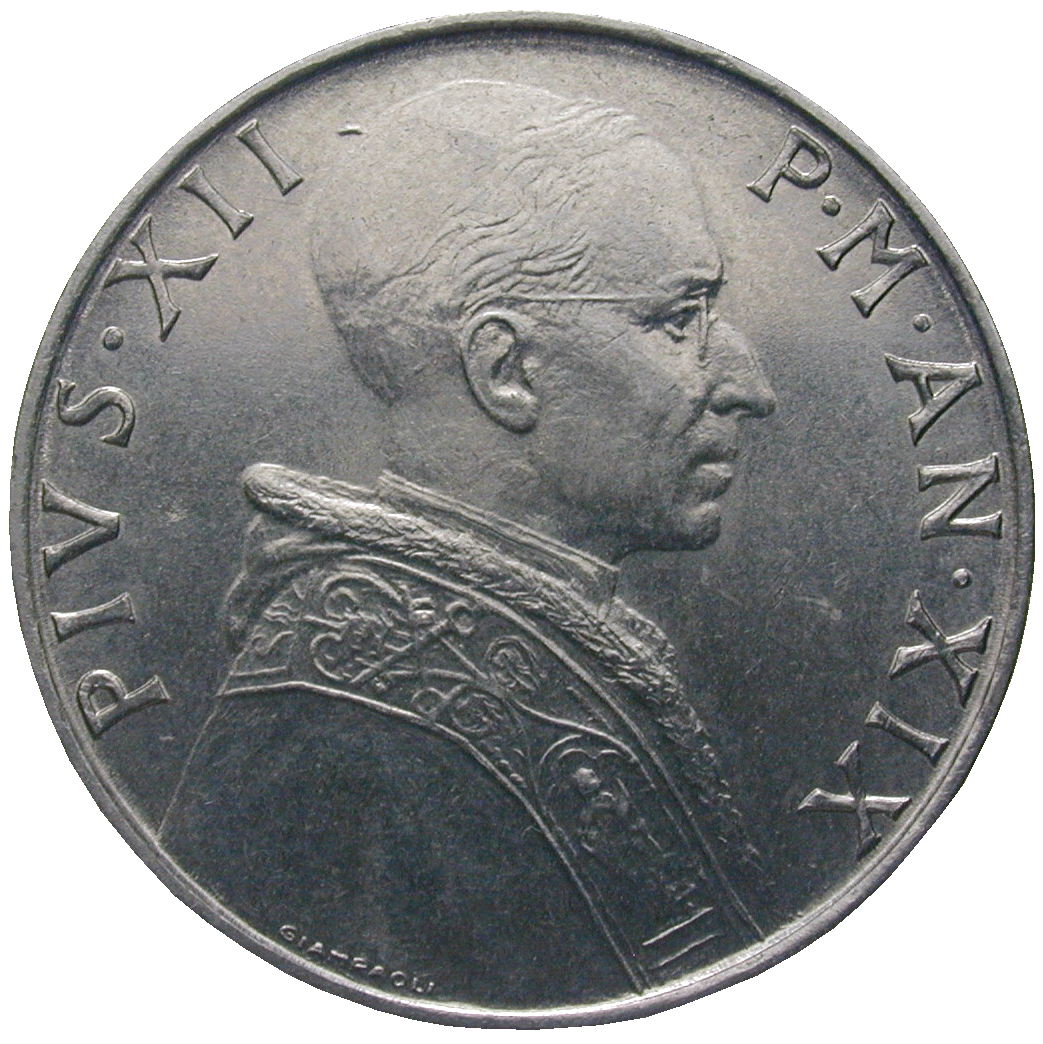 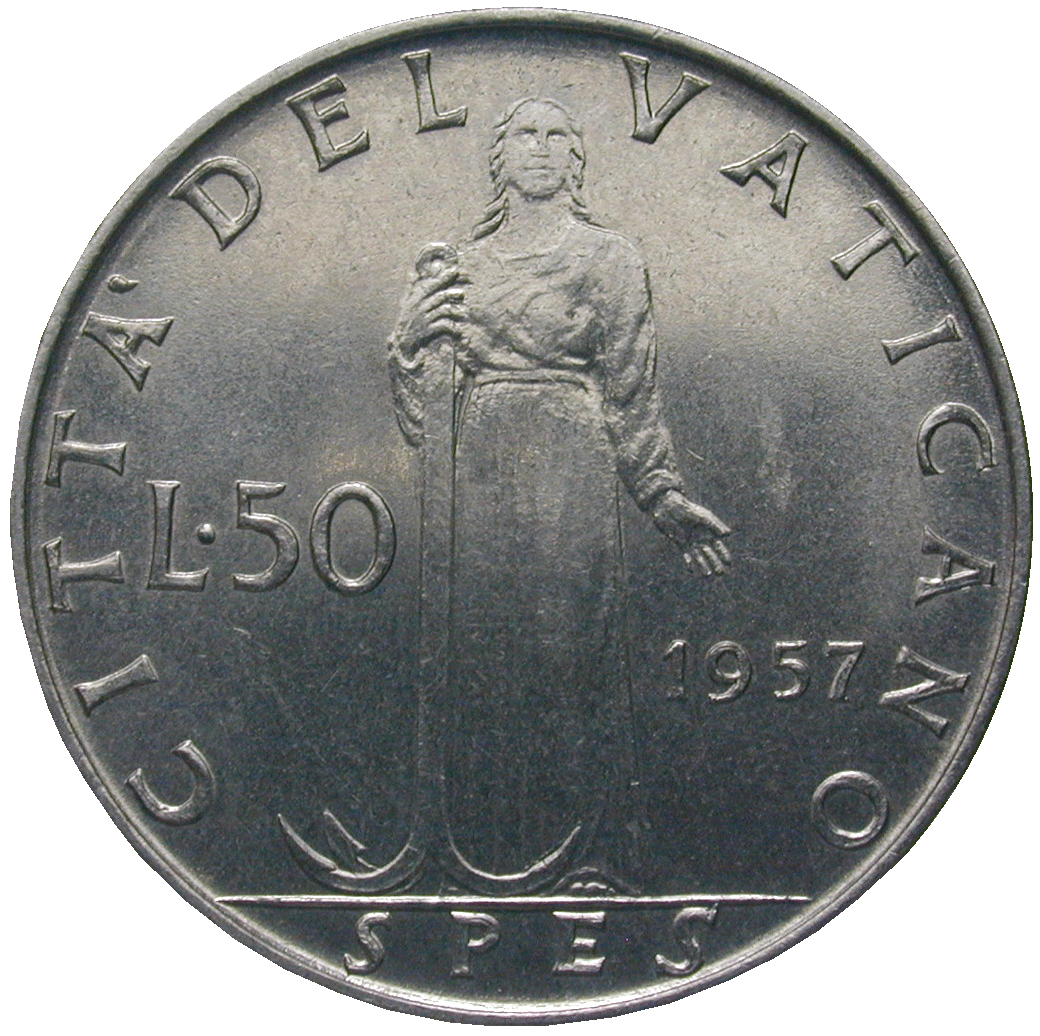 The beginning of the pontificate of Pius XII (1939-1958) was much influenced by the Second World War (1939-1945). A few weeks after the outbreak of war he published his encyclical "Summi Pontificatus," in which he criticized racism, the totalitarian state and the occupation of Poland. Pius never went beyond that assessment, however: He kept strict impartiality throughout the war, and engaged mainly in appeals for peace in and humanitarian aid. Critics thus accused him to have acquiesced to the Holocaust by culpably keeping silent. This piece of 50 lire bears a portrait of Pius XII. The reverse depicts Spes, the ancient Roman personification of hope. Spes was considered as "the last goddess," in the sense that hope is the last resource available to men. In Antiquity she was mostly depicted holding a flower. On this coin Spes appears with an anchor, the symbol of godly help in the storms of time. Christian belief has it that the anchor prevents men from foundering in those storms, and provide their rescue in the harbor of salvation.