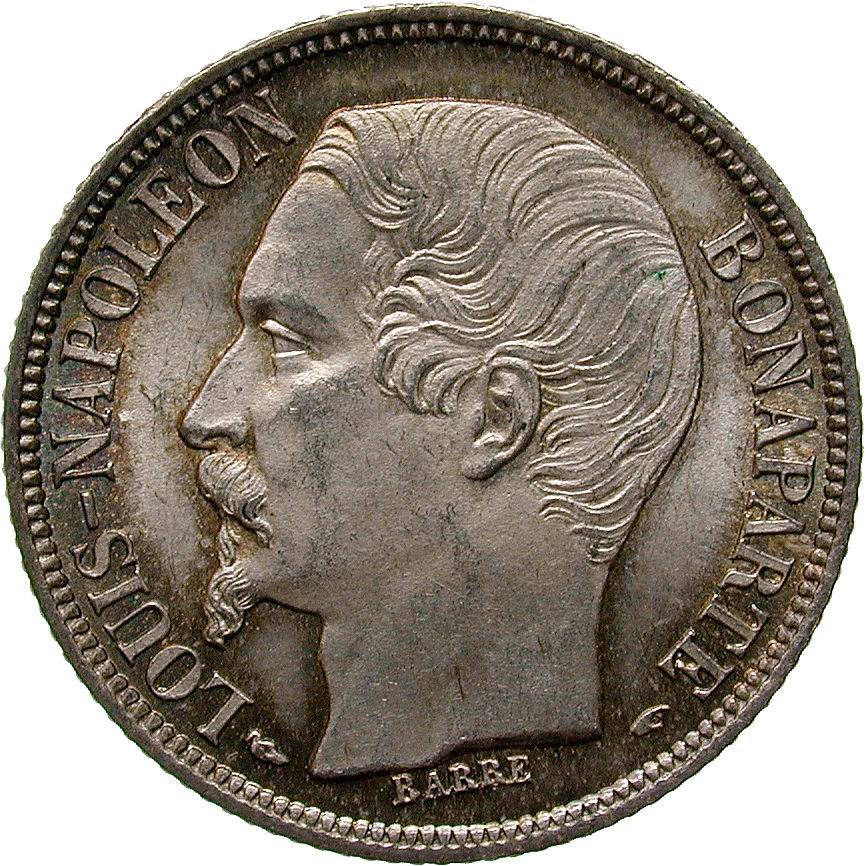 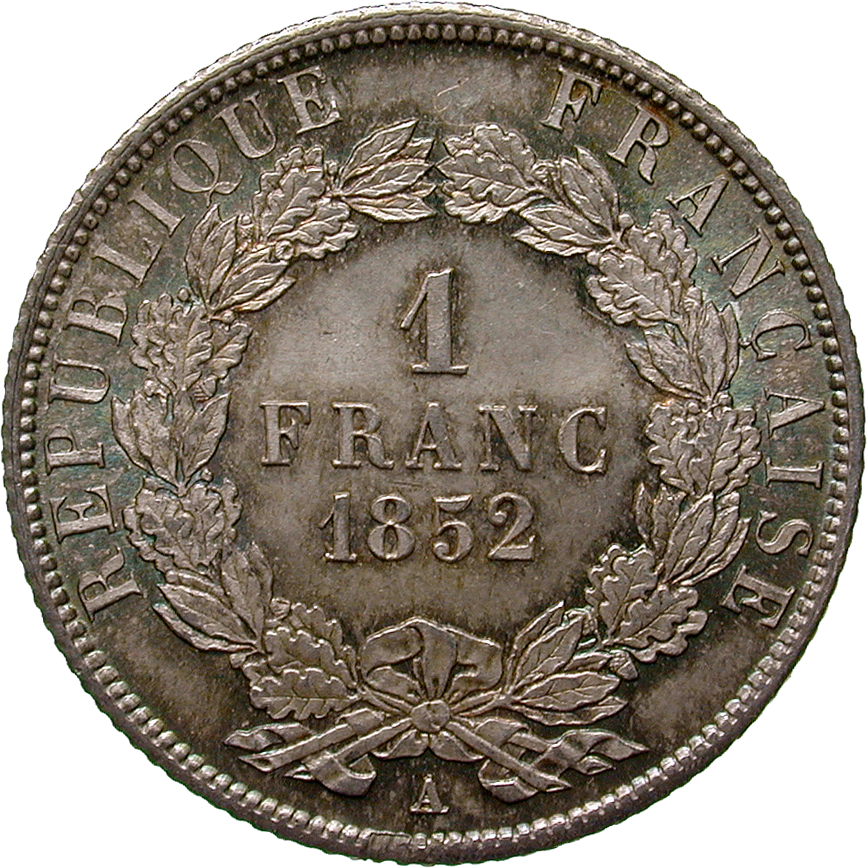 At the end of the year 1851, France changed its form of government once again. On December 2 Louis-Napoléon Bonaparte, then president of the Second French Republic, carried out a coup d'état. Military forces seized strategic points in Paris and arrested prominent members of the National Assembly. A state of emergency was declared for the capital; the parliament was dissolved, and a new constitution proclaimed: From now on, a president elected for ten years and vested with considerable power would govern the republic. The design of the French coins was immediately modified according to the new political circumstances. The president elected for 10 years was Louis-Napoléon Bonaparte who is depicted on this coin in royalist manner. The inscription REPUBLIQUE FRANÇAISE was moved to the reverse of the coin.