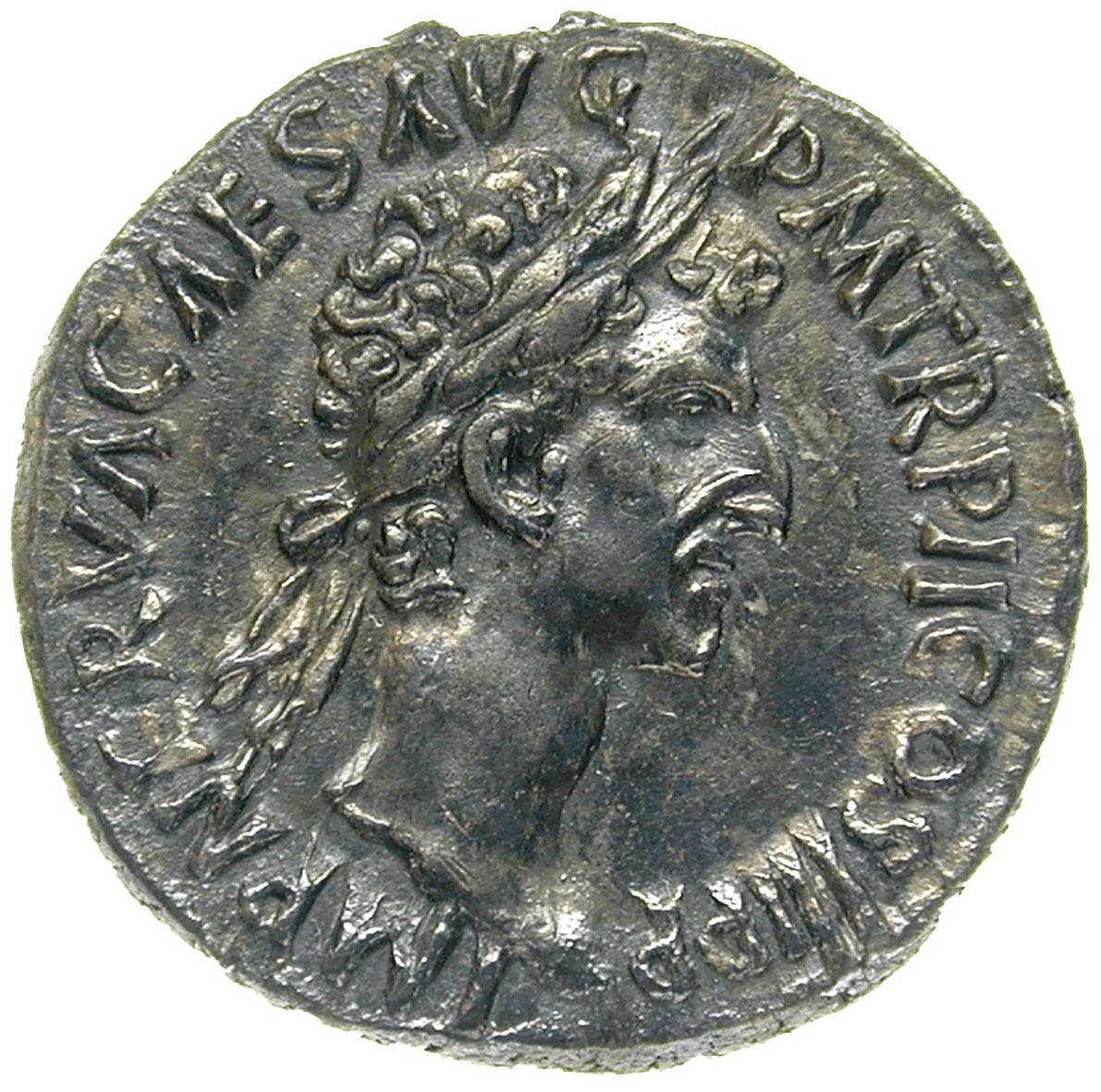 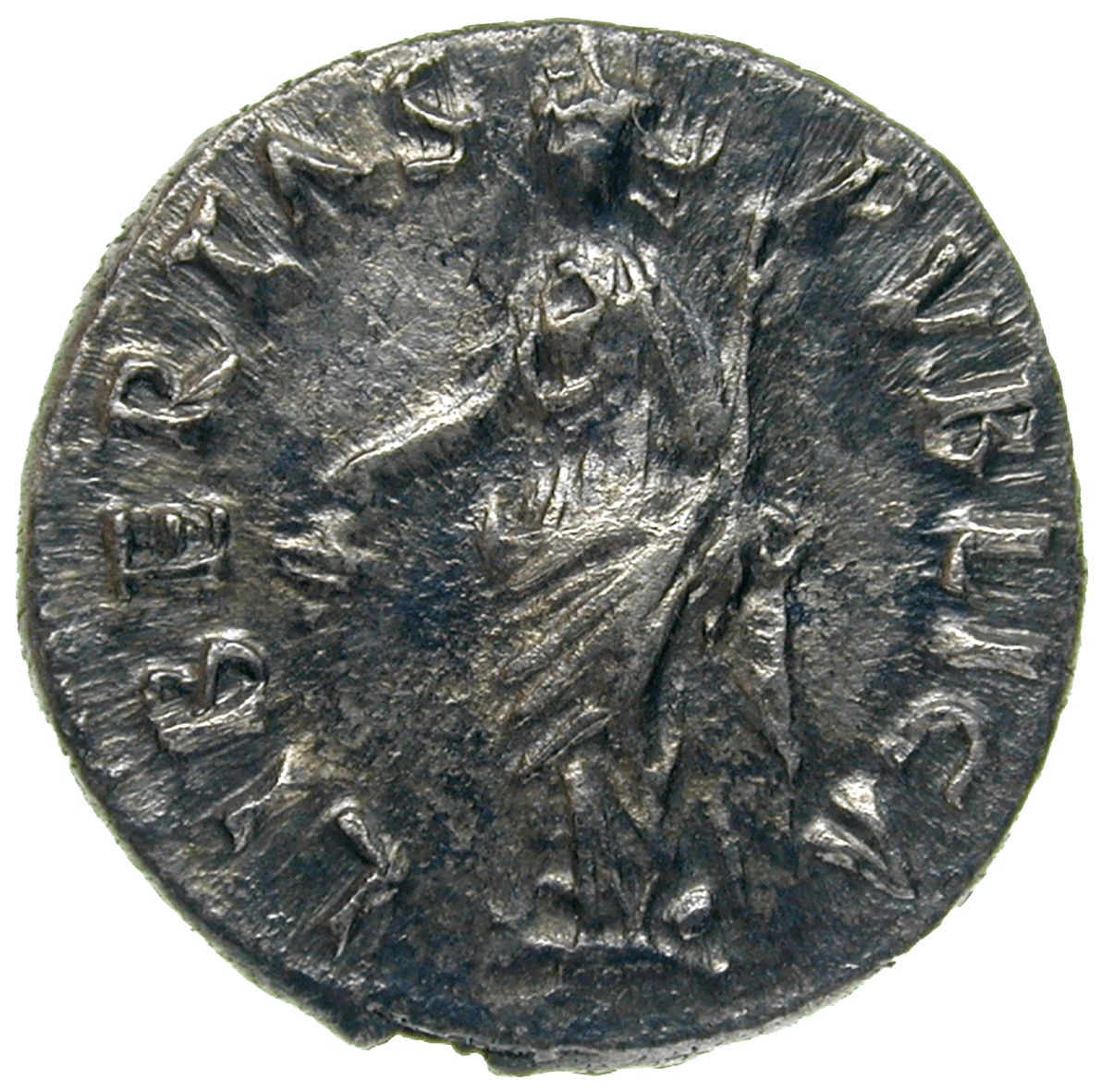 After the assassination of Emperor Domitian in 96 AD, the Flavian Dynasty came to an abrupt end. As successor the Senate chose the well regarded Senator and jurist Marcus Cocceius Nerva (96-98): an elderly man without ambitions, and without children. After Domitian the Romans had enough of despotic rulers who had inherited their office.

Libertas on the reverse of this denarius proclaimed that Nerva reestablished the freedom of the Roman people. The pileus, the half-round headgear in her hand, was usually worn by slaves on the occasion of their liberation. For the Roman people the image of the pileus was tantamount to freedom – in a society largely illiterate, symbols were a common form of communication.