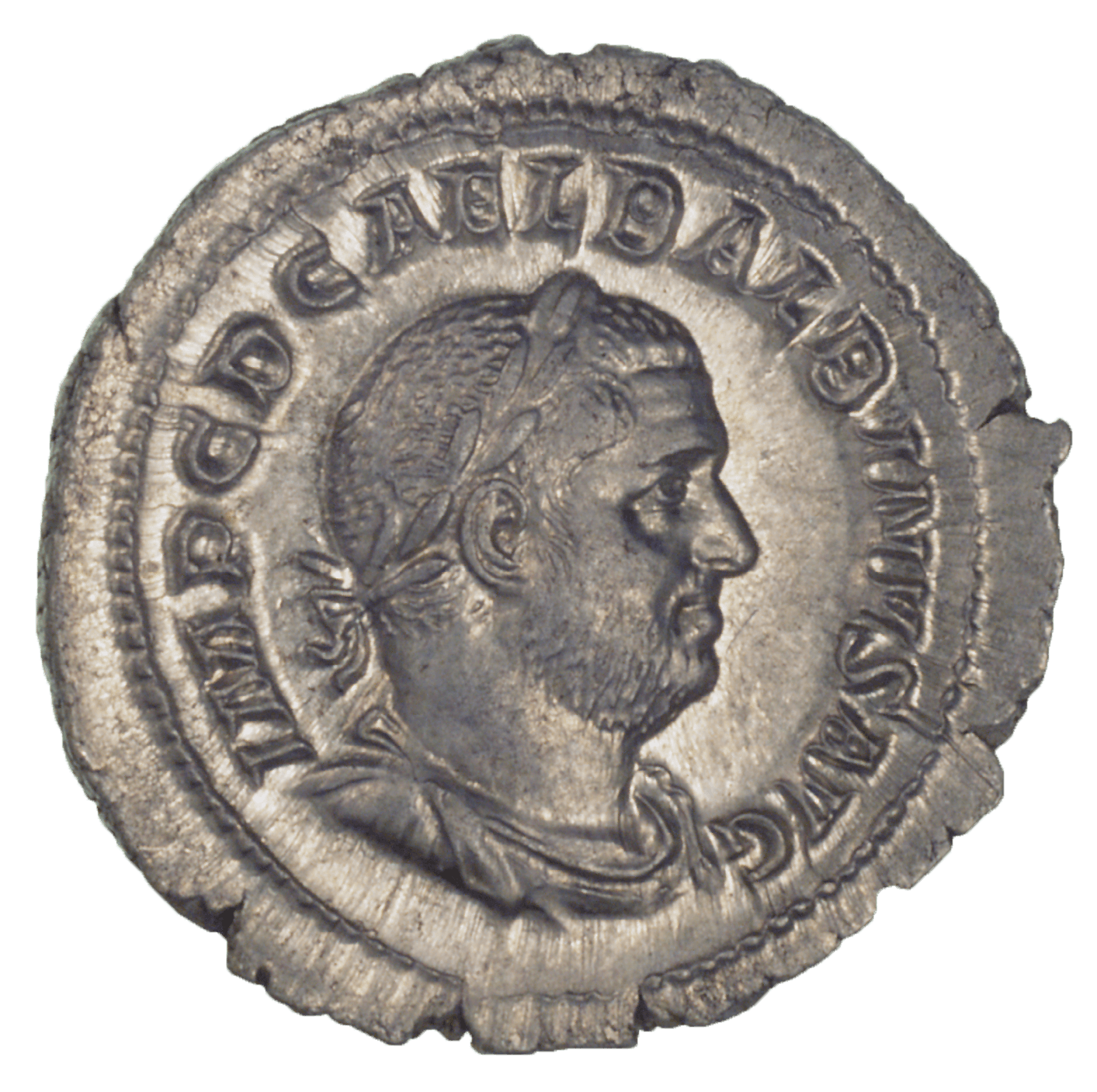 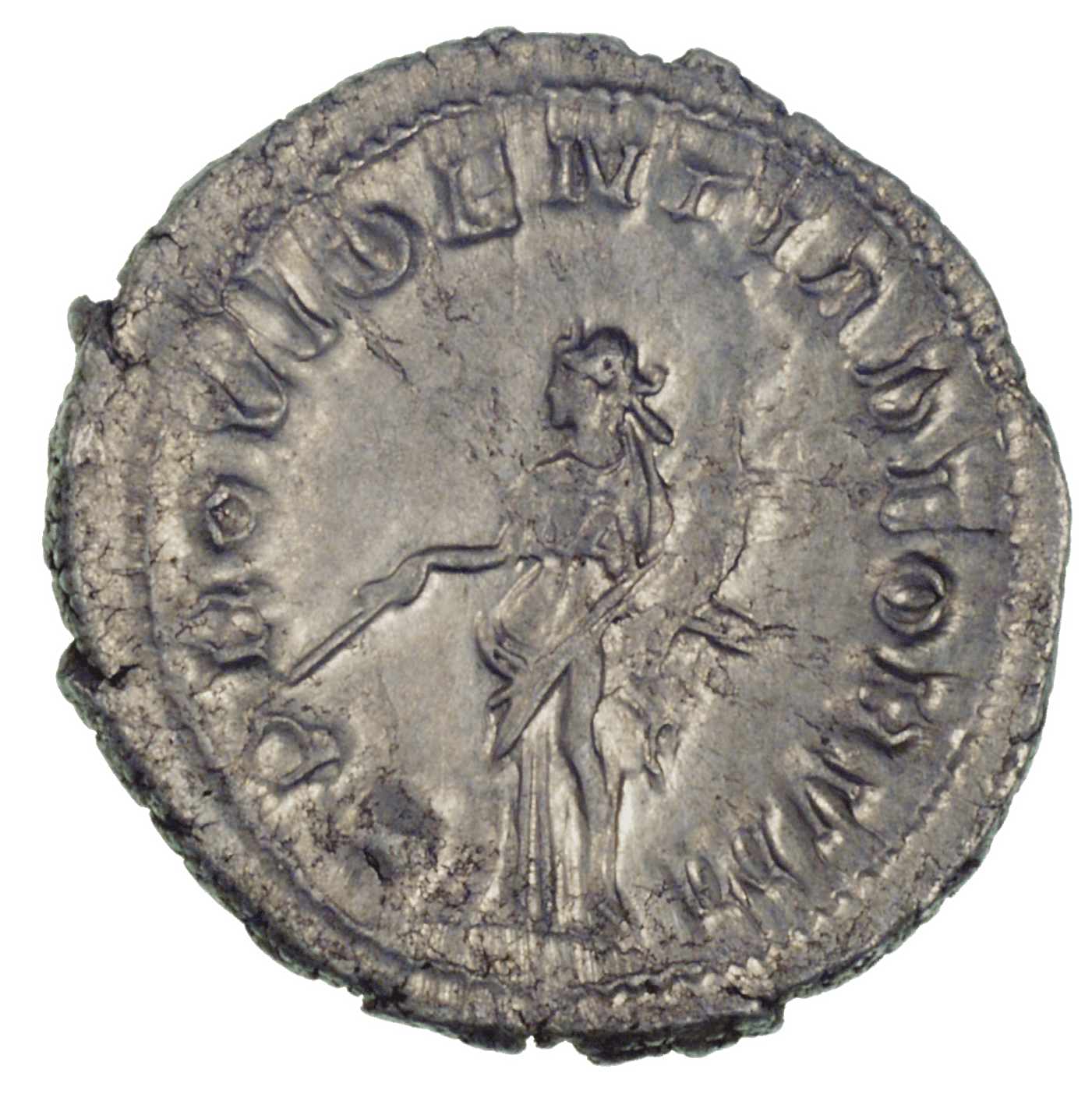 In April 238, the Roman senate appointed two men as emperors: The sixty-year-old Decimus Caelius Calvinus Balbinus and his 74-year-old colleague Marcus Clodius Pupienus Maximus. The two former senators should reign the empire as emperors with equal rights. The experiment failed, however. The two leaders rivaled one another openly; the plebs did not like either of them and roamed the streets of Rome. At the beginning of August – after only four month of governance –, the two emperors were assassinated.

This denarius of Balbinus depicts the emperor with a short beard and short hair. In a time, in which several rulers came to power in one single year, it was important for an emperor to be recognized on his coins at first sight. On gold and silver coins, which were used for the pay of the army, this was especially important.