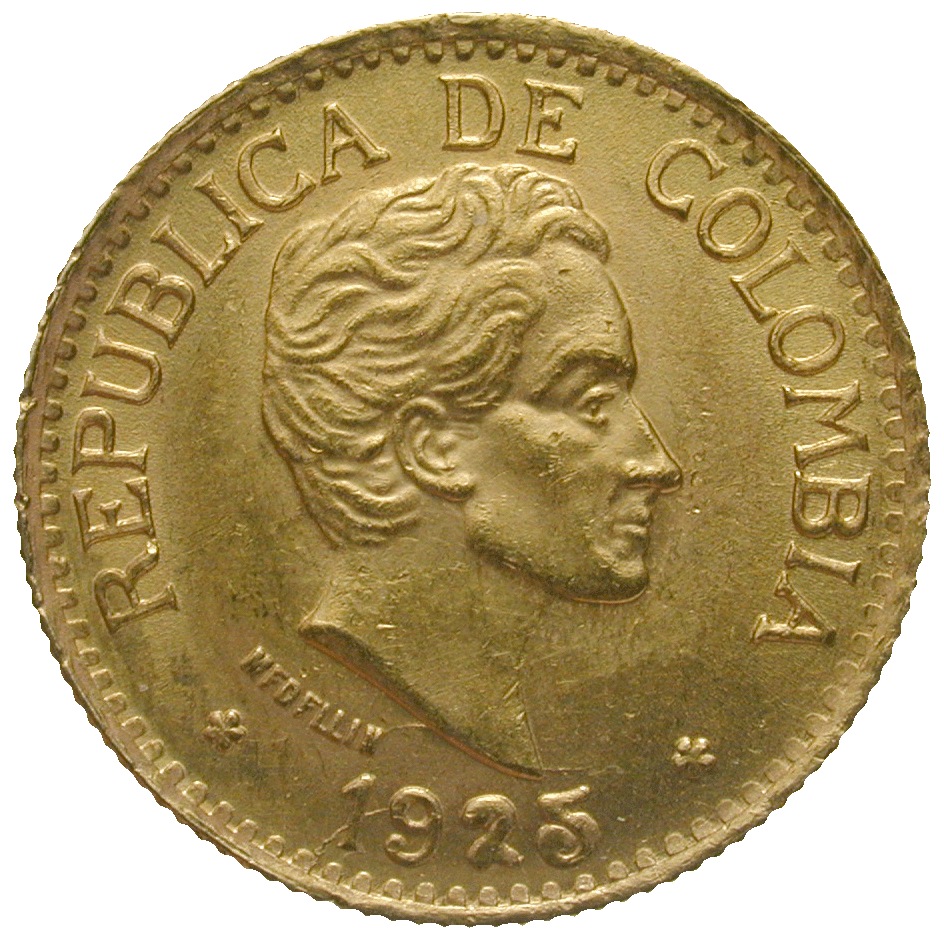 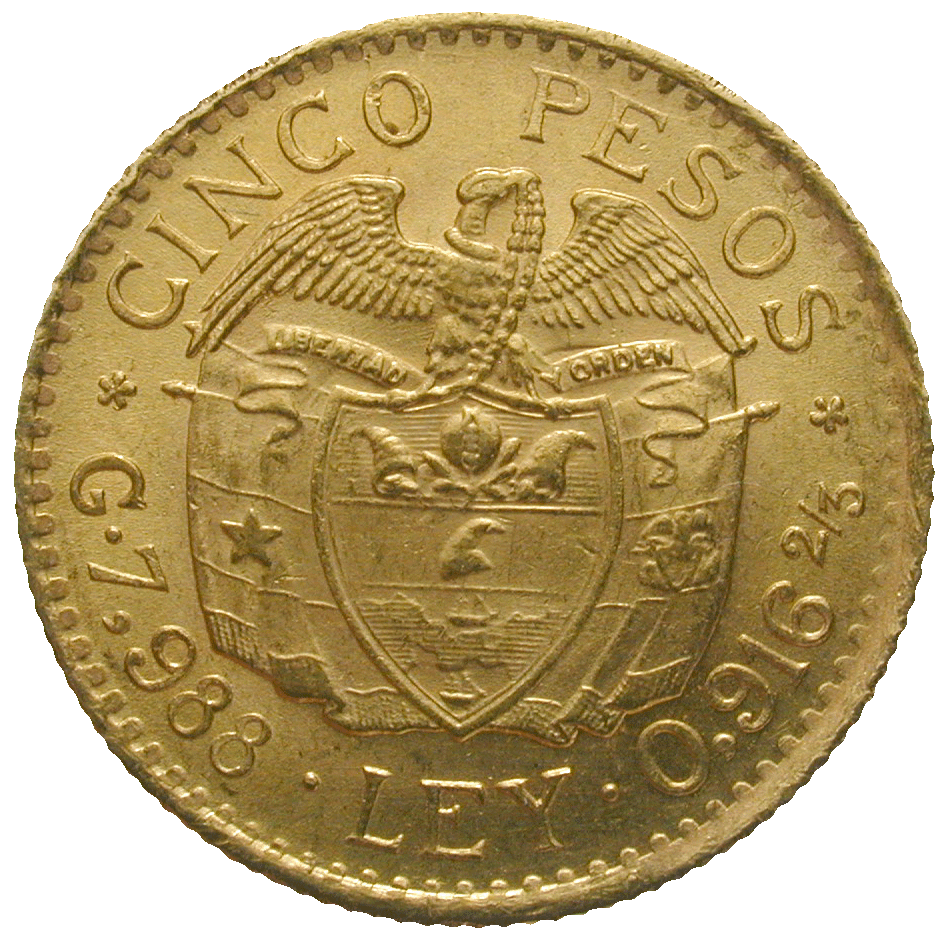 Simón Bolívar (*1783, †1830), who is depicted on this coin, was one of the leaders in the Colombian fight for independence. After the expulsion of the Spaniards, he became the first president of the Republic of Great Colombia, a federation of Colombia and Venezuela. Three years later, Ecuador joined the union, which disintegrated after a civil war into the republics of Colombia, Venezuela and Ecuador already in 1830, however. In 1907, Colombia enacted a monetary reform, by which the gold standard was introduced. A new golden peso was issued, equaling exactly 1/5 of a British sovereign. The 5-peso piece shown here thus corresponded one sovereign, the major trade coin of the British Empire at that time – a great advantage for trade with the British Commonwealth. The Colombian gold currency stood the test of time. It endured World War I and lost its value not until Great Britain abandoned the gold standard in 1931. After that, the Colombian currency precipitated rather quickly, however: the Colombian economy depended – and does still today – on the world market for coffee. Each crisis on this market thus immediately affects the national currency.