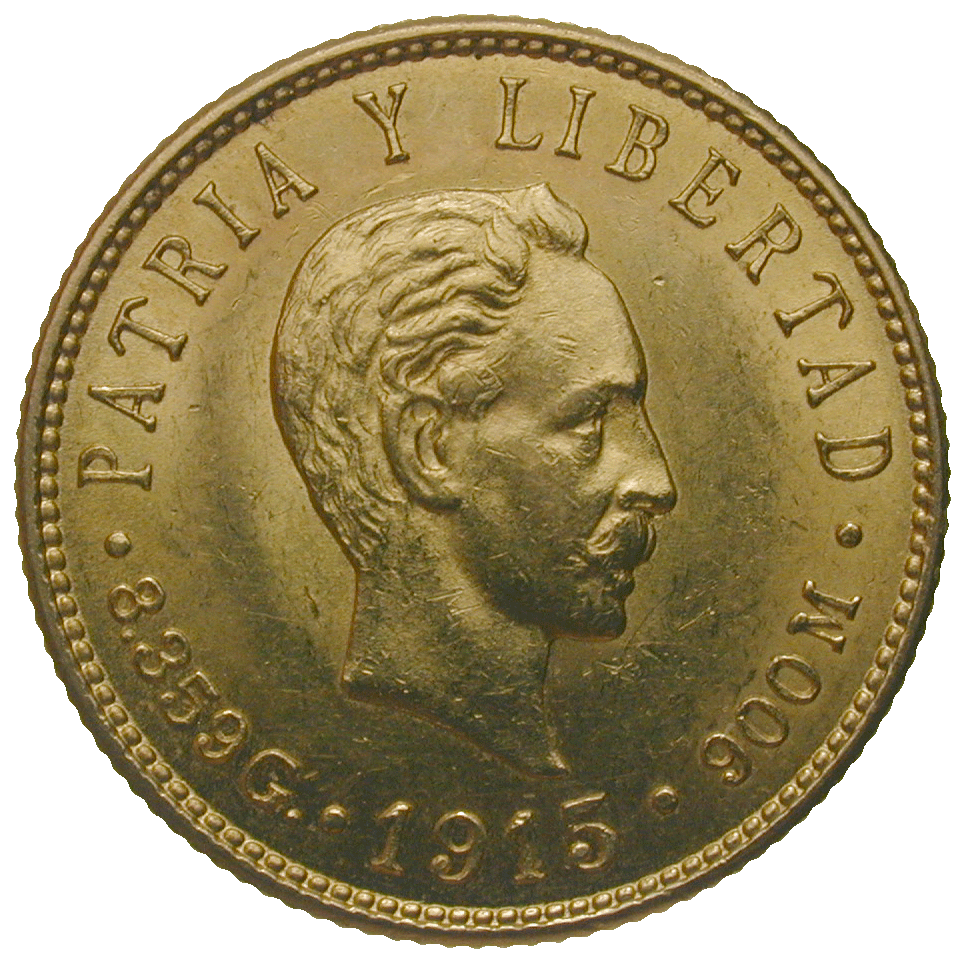 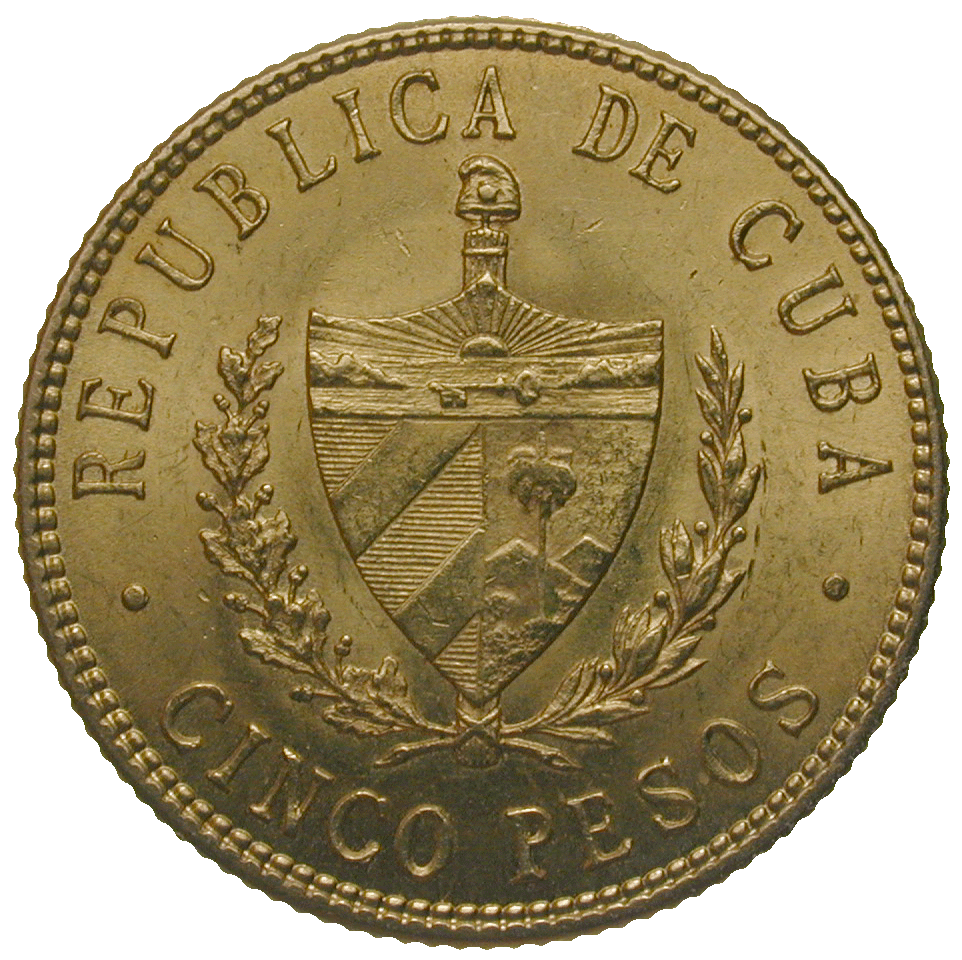 The poet and resistance fighter José Martí was an important character in Cuba's struggle for independence. He was killed in action against Spanish troops and promptly made the Cuban's people national hero. The obverse of this coin shows his portait. Cuba's fight for freedom lasted from 1868 to 1898; three years later, Cuba became a republic. Initially, American, French and Spanish coins were in circulation on the island. In 1914, however, the US dollar was declared sole legal tender, and the following year Cuba started to issue silver pesos after the US standard. Officially, the US dollar was demonetized in Cuba in 1951. In the years of 1915 and 1916, Cuba also issued gold coins in different peso denominations. These golden pesos did not become significant in monetary circulation, however. They were struck in the US mint of Philadelphia, where nearly half a billion coins for Cuba were made.