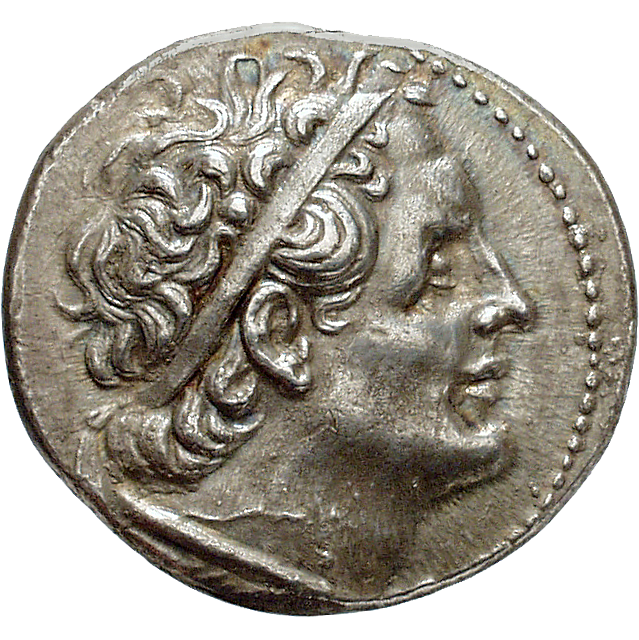 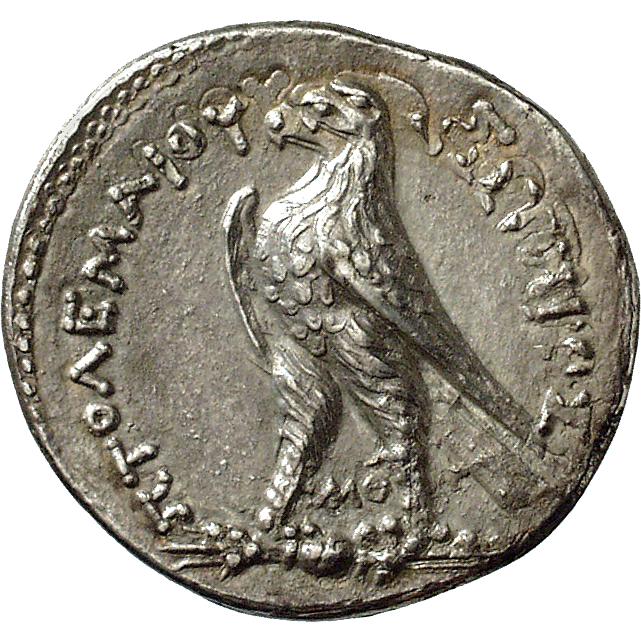 The Phoenician city of Arados distinguished itself by a very flexible coinage. The ancient city was located on an island in the eastern Mediterranean, less than two miles off the Syrian coast. Besides fishing, the islanders busied themselves mainly in trade. To always have the adequate money at hand for each respective trading partner, Arados minted very different coins. This tetradrachm features the portrait of the Egyptian King Ptolemy I Soter (323-283 BC), and a glorious eagle. Such tetradrachms, actual trading coins, were supposed to simplify the exchange of goods with Egypt and the regions in the Levant under Egyptian control.