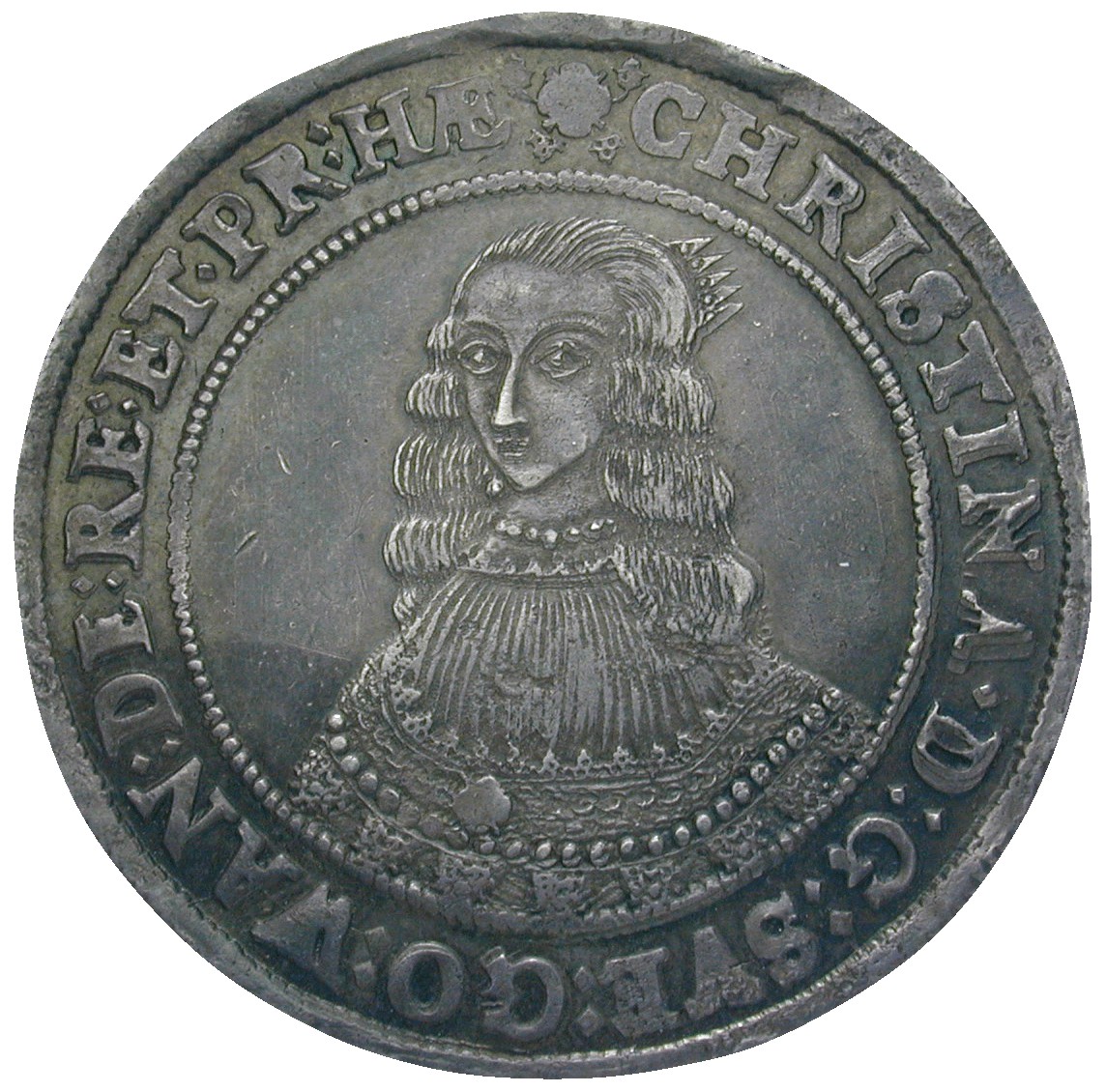 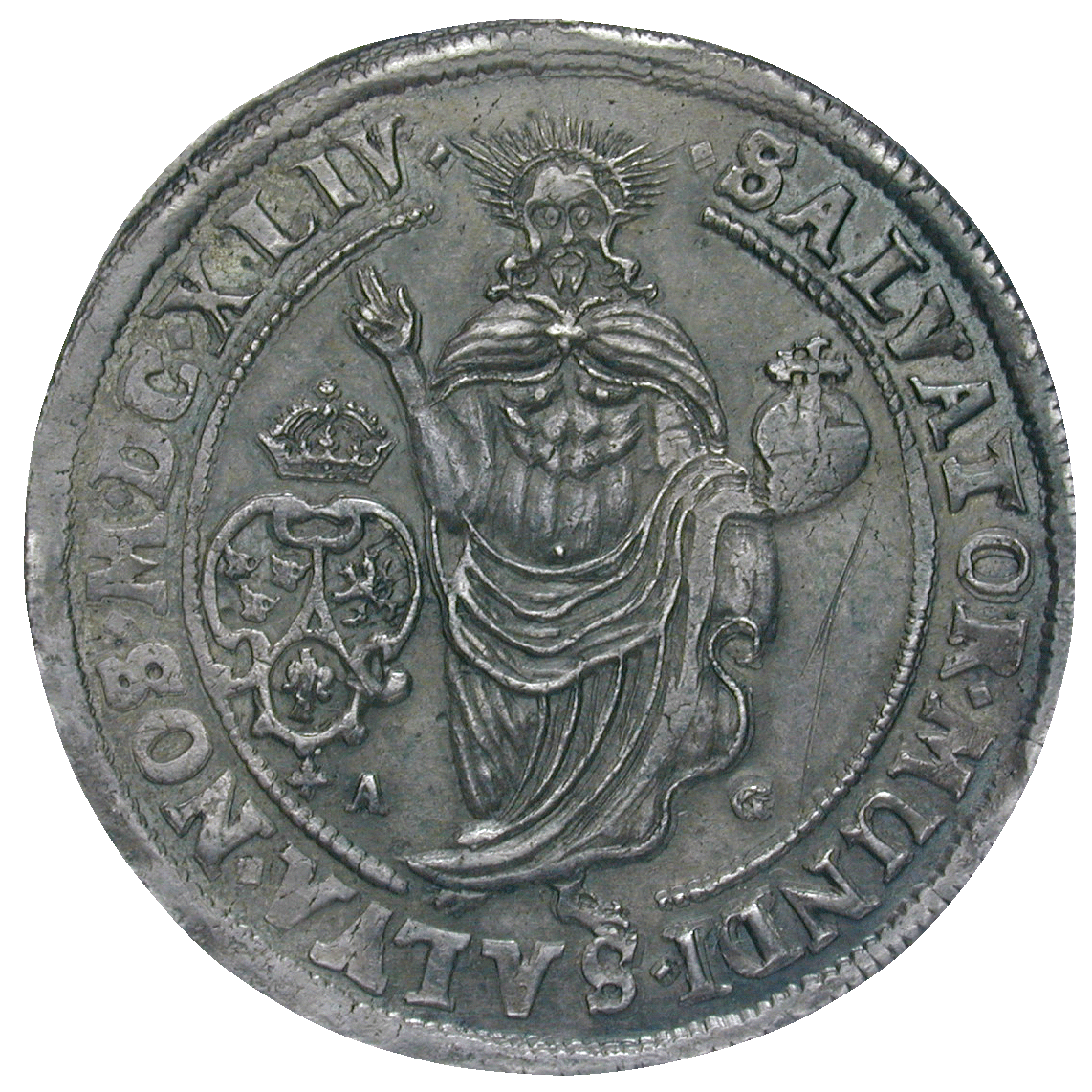 During the reign of Queen Christina (1632-1654), Sweden lived in peace for the first time in 50 years. Four years after the beginning of her sole rule, the devastating Thirty Years' War ended (1648). In the following years Swedish economy expanded. Foreign traders, craftsmen and technicians settled in Sweden.In Africa and North America, colonies were founded, although they could not be kept for long. Gold coins were not minted during Christina's reign; instead, the queen had big silver and copper coins struck. This coin is a riksdaler (an imperial taler); it bears the portrait of the queen in a richly ornamented baroque dress on the obverse. The reverse shows Jesus with an orb and the motto "savior of the world, rescue us."