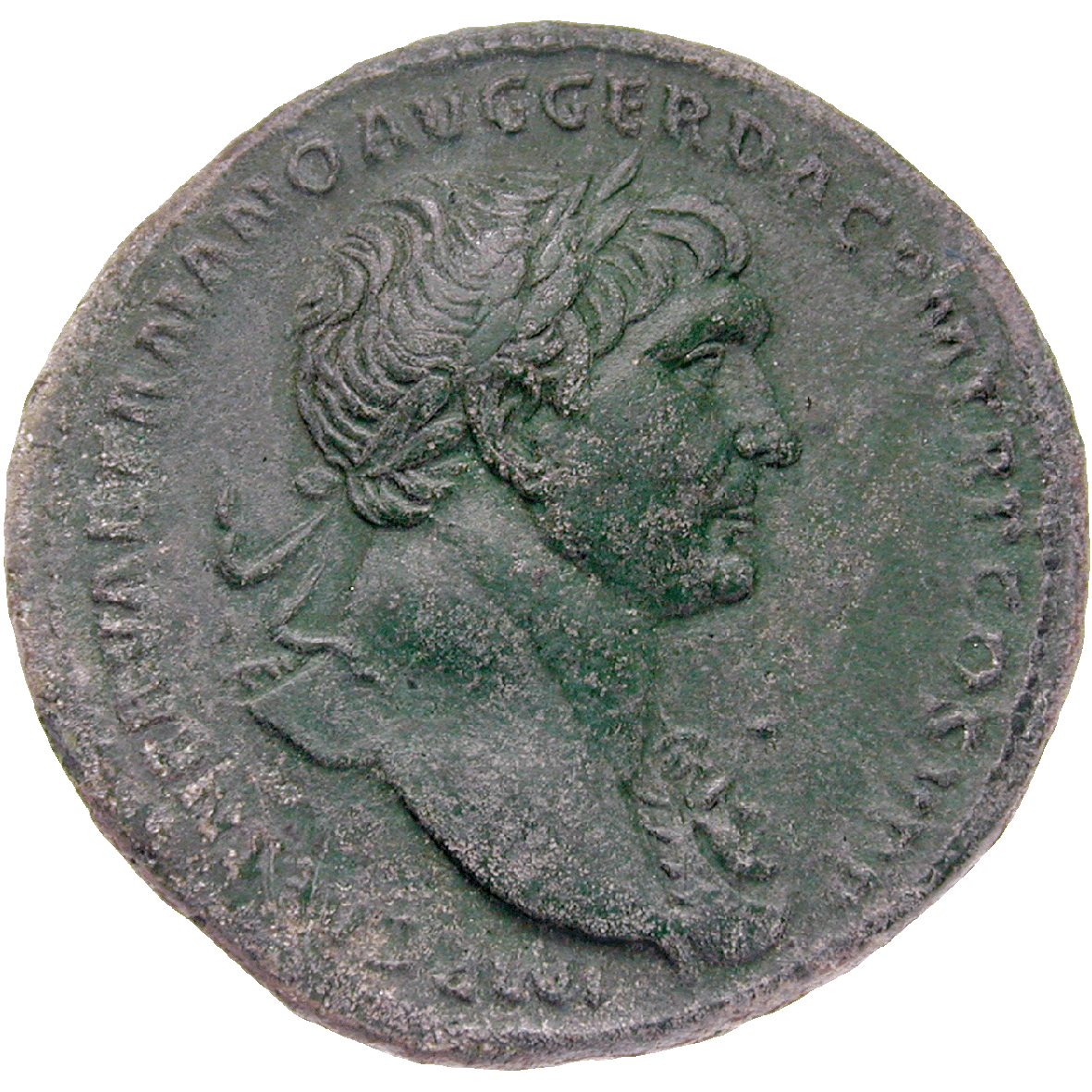 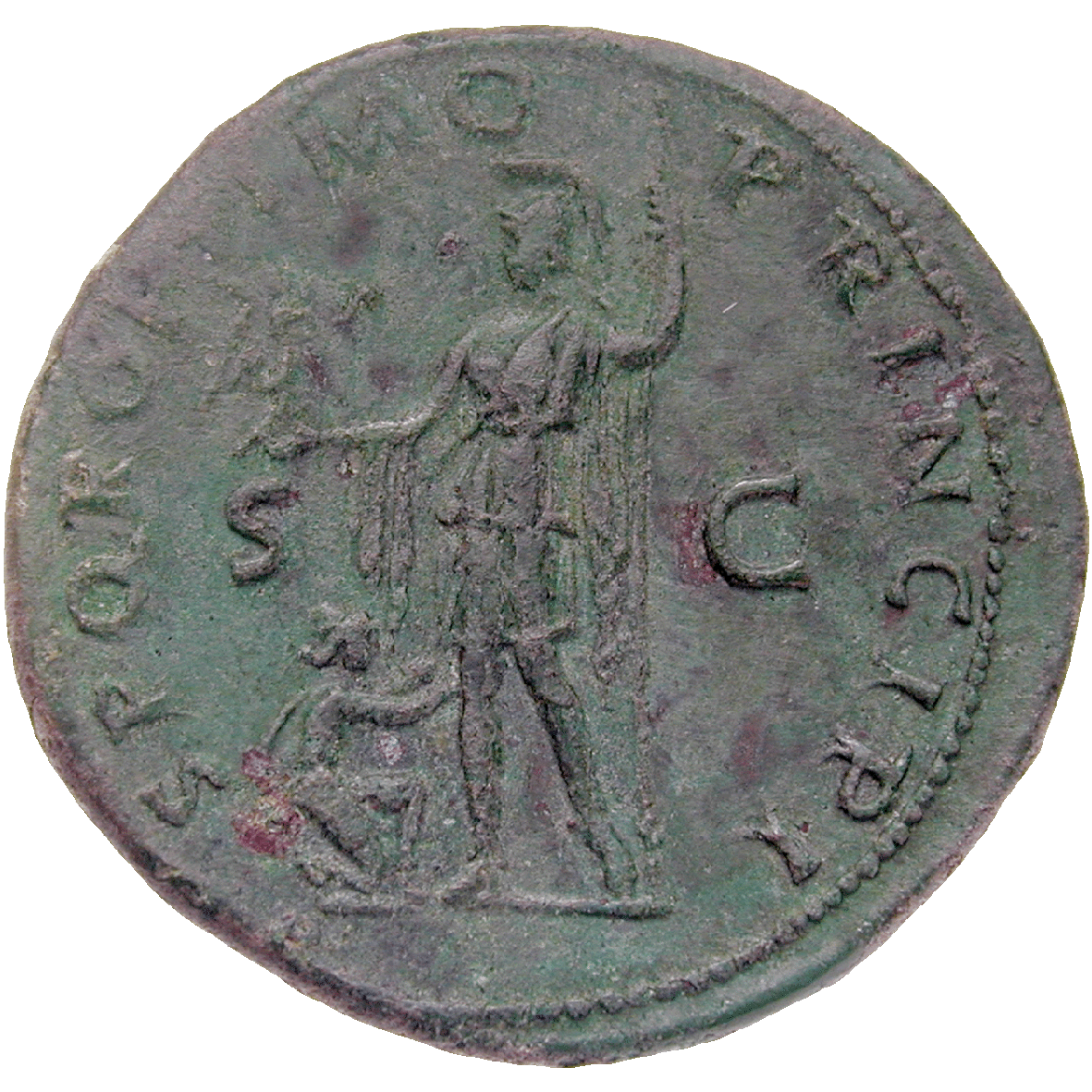 The Roman Empire was based on military power, and Emperor Trajan (98-117) was a very successful soldier indeed. One of his military achievements was the conquest of Dacia (Hungary), and in this context the capture of the enormous Dacian state treasure. Trajan distributed that gold through extraordinary monetary donations. Every beneficiary received 650 denarii – that was twice the annual salary of a soldier. Additionally, grandiose circus games including gladiator fights were held, and impressive buildings commissioned for the improvement of Rome, the enjoyment of the people and the glory of the emperor.

This sesterce of Trajan depicts the emperor on the obverse, while the reverse shows the goddess Roma with a little Victory on the palm of her hand. At her feet kneels a Dacian, his hands pleadingly raised.