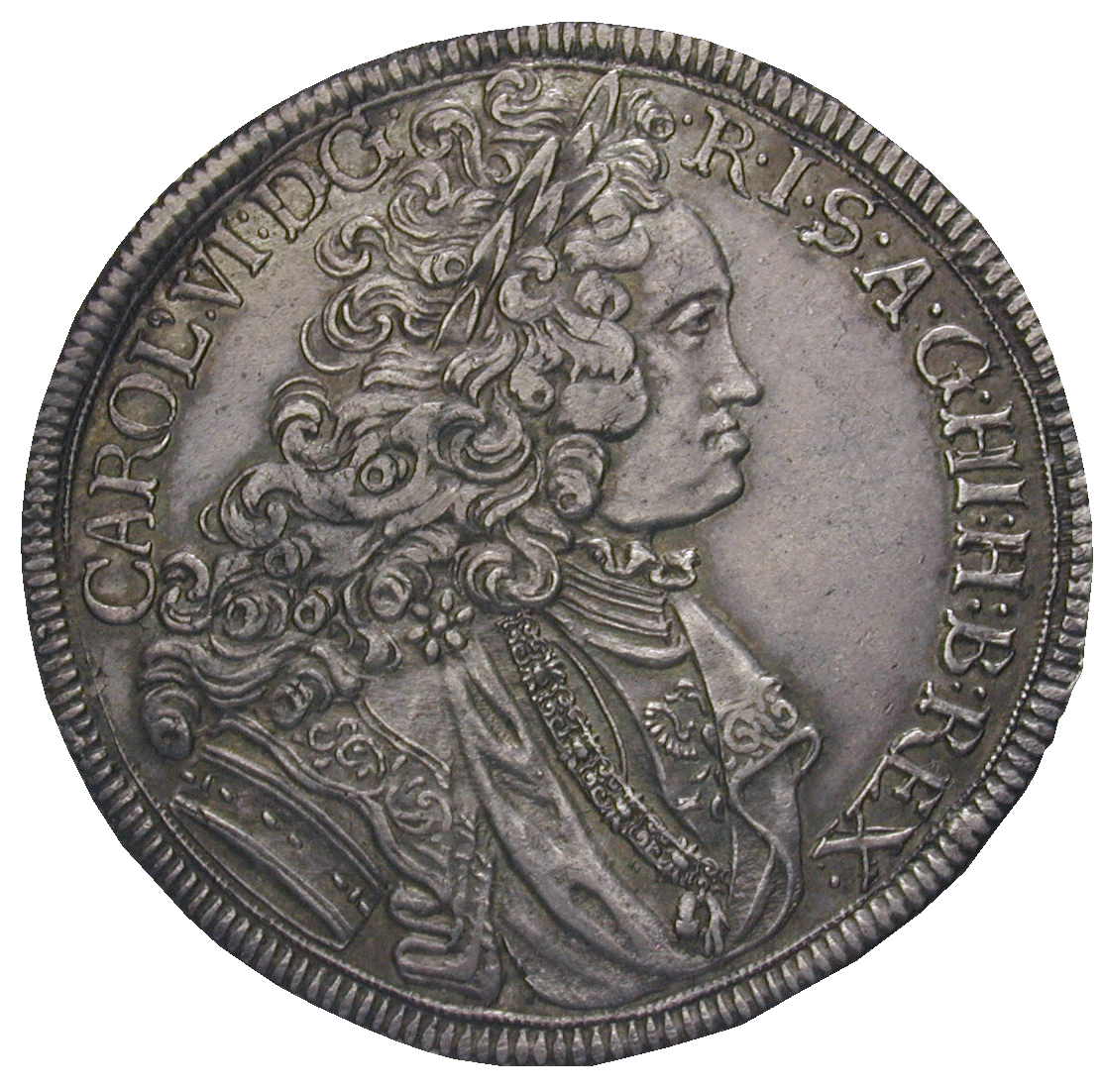 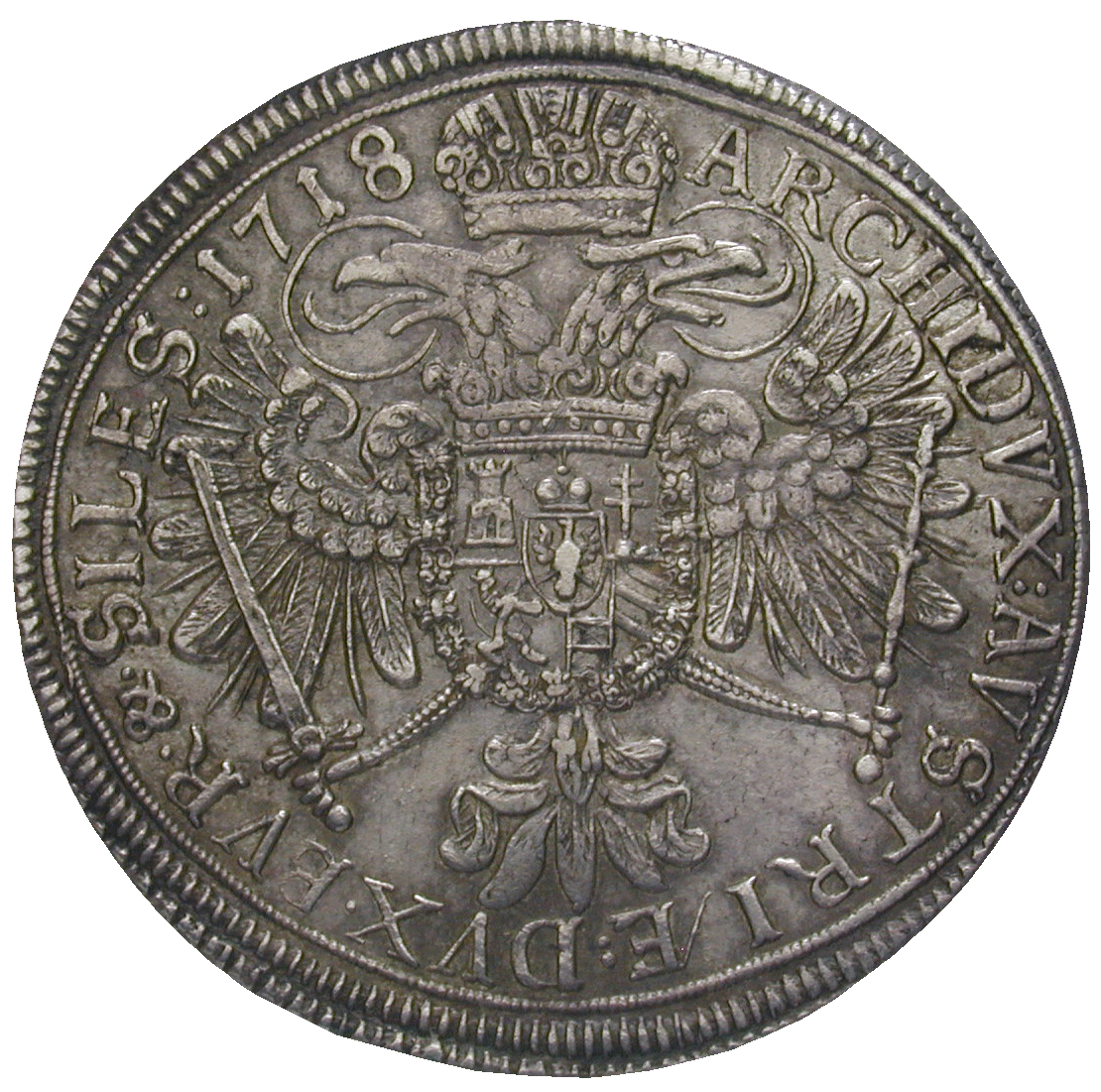 Charles VI was Emperor of the Holy Roman Empire, Archduke of Austria and sovereign over the rest of Hapsburg's hereditary lands (1711-1740). Besides, he was King of Hungary and Croatia under the name of Charles III, King of Bohemia under the name of Charles II, as Charles III designated King of Spain and, from 1713 to 1720, as Charles III also King of Sardinia. This taler of Charles perfectly expresses this wide range of power. The monarch wears a magnificent full-bottomed wig, a must in male fashion since the reign of the French Sun King Louis XIV (1643-1715). Thereto, the man of world went beardless, because in 1680 the Sun King had shaved his beard and made the clean-shaven chin modern for 150 years. Anyway, a beard would not have been in keeping with the waving curls of the full-bottomed wig. And adorned with such a lion's mane, a man radiated masculinity and strength even without a beard.