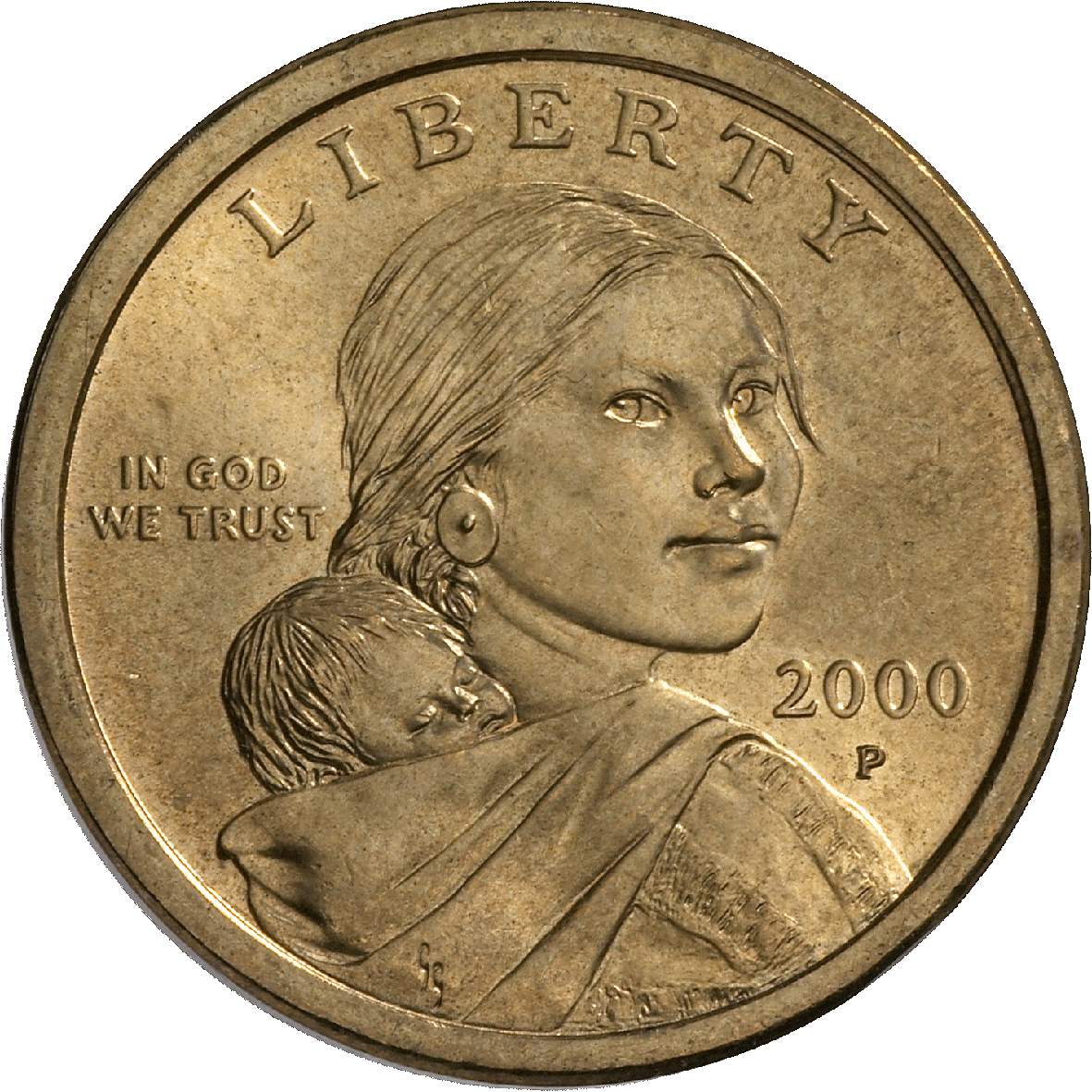 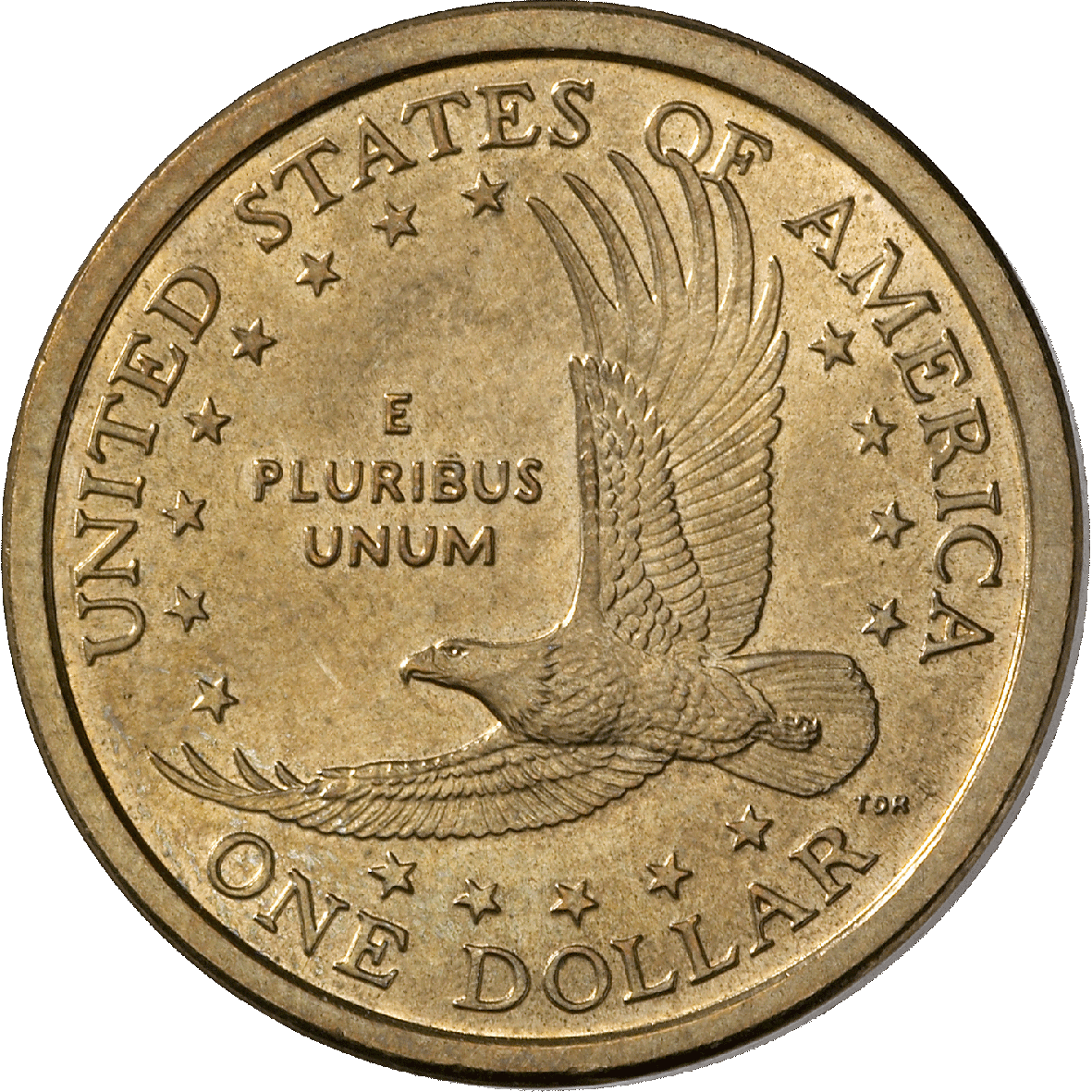 This mini dollar circulates in the United States since January 2000. The obverse bears the Shoshone girl Sacajawea, who contributed greatly to the success of the historical Lewis and Clark expedition in the 19th century. These two adventurers started an expedition in 1804 to discover a route from the Mississippi to the Pacific Ocean. The trip led trough 12,300 kilometers of unexplored Indian land. Without Sacajawea's navigational, diplomatic and translating skills, the famous Lewis and Clark expedition would have failed. For one, she helped Lewis and Clark obtain the horses they needed to continue their journey. Sacajawea herself was at that time 15 years old. On the trip she gave birth to a boy child whom she carried on her back from the northern Great Plains to the Pacific Ocean and back – as is shown on this coin.