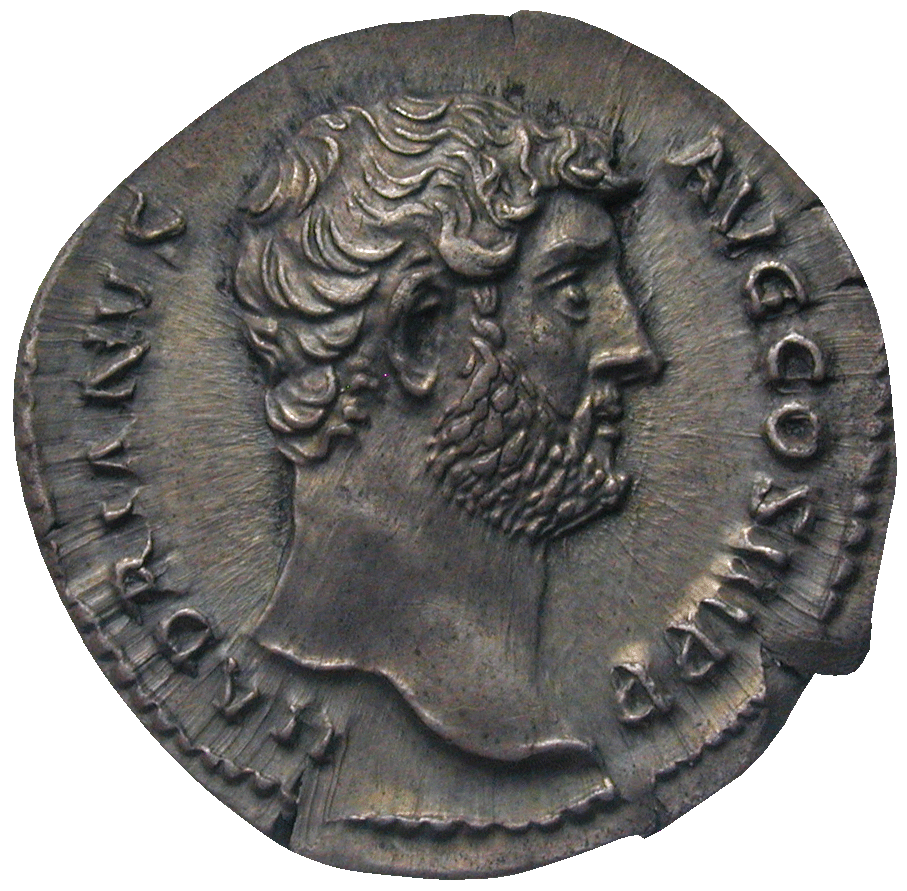 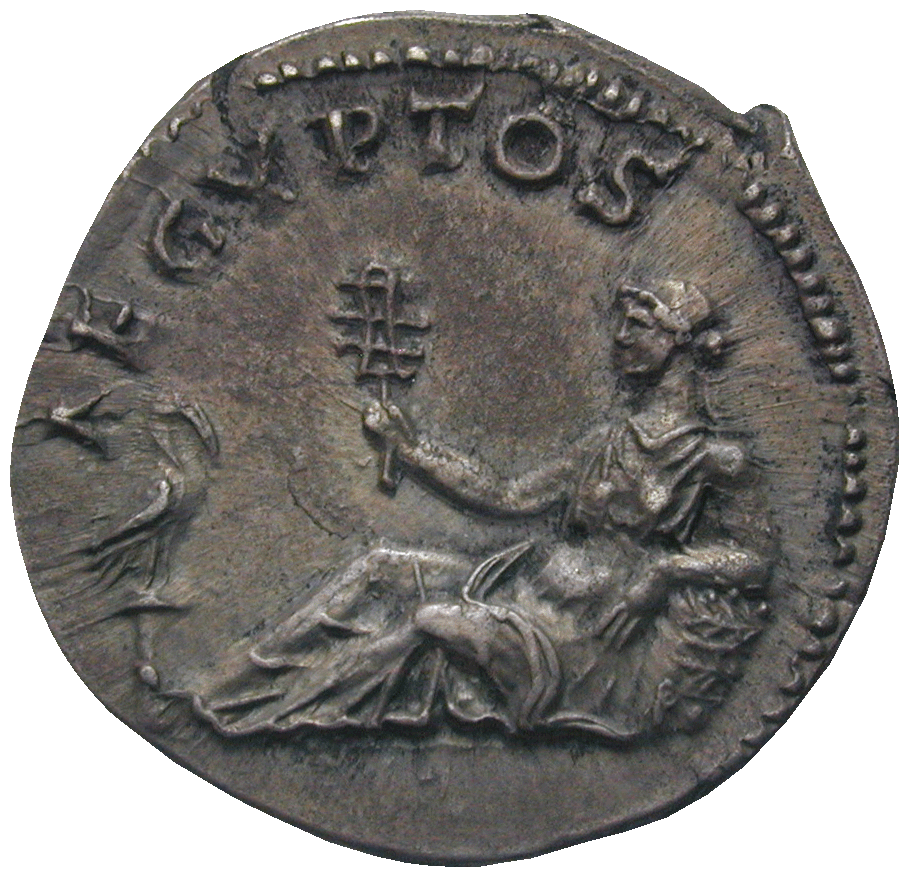 Egypt had a very special meaning for the Roman emperor Hadrian (117-138); it was here where he had lost his beloved friend Antinoos. There has been a lot of speculation about the relation between the two: Were they lovers, or bound by a merely Platonic friendship?

In a October night of the year 130, Antinoos drowned in the Nile. The circumstances are unknown. In Rome, the version soon spread that Antinoos had sacrificed himself to donate the years of his life he had not lived to the aging Hadrian.

Whatever might have happened that night on the Nile: Egypt kept a special significance for Hadrian. The reverse of this coin depicts a personification of Egypt. She is shown with a sistrum, a musical instrument used for the cult of Isis, and with an ibis, a bird sacred to the Egyptians.