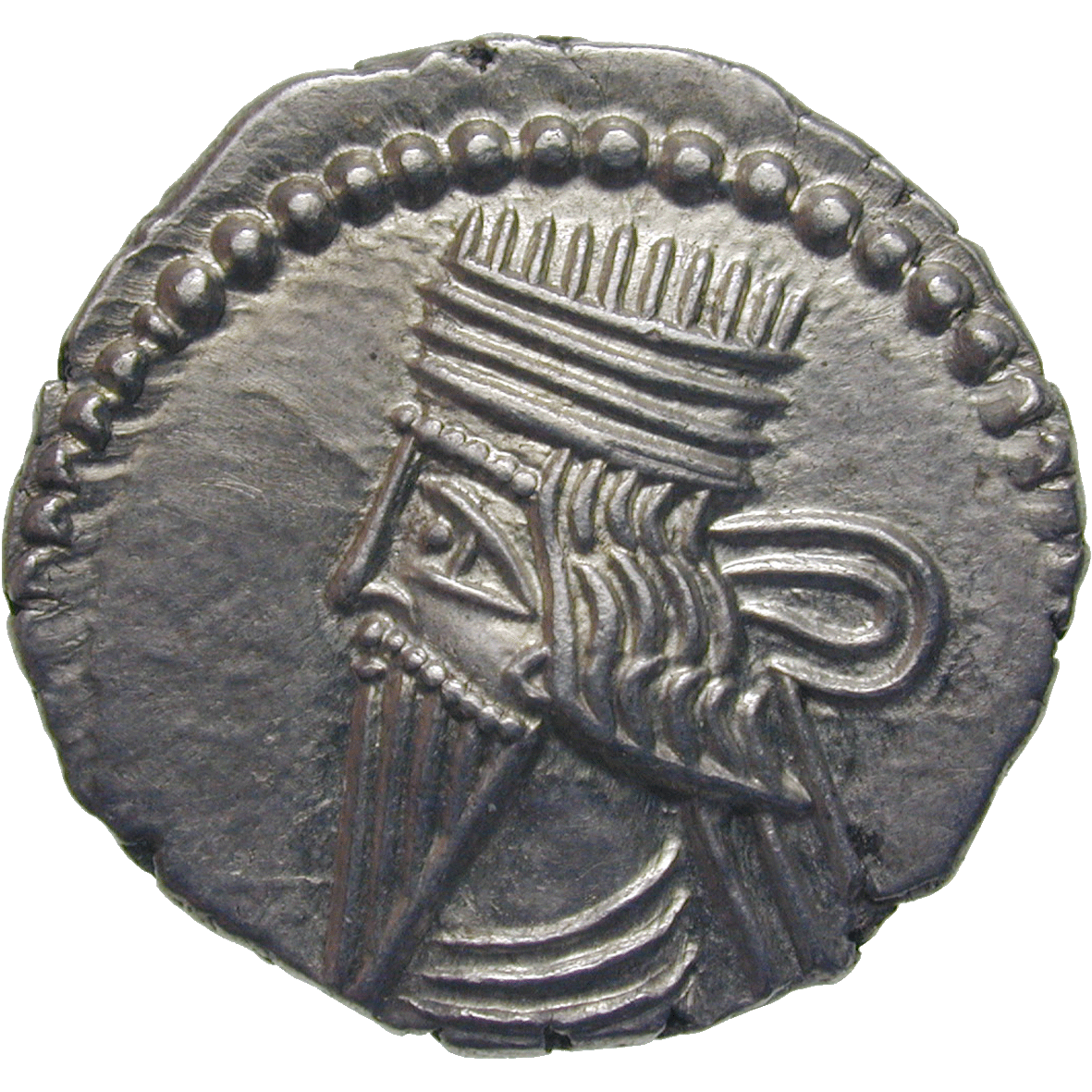 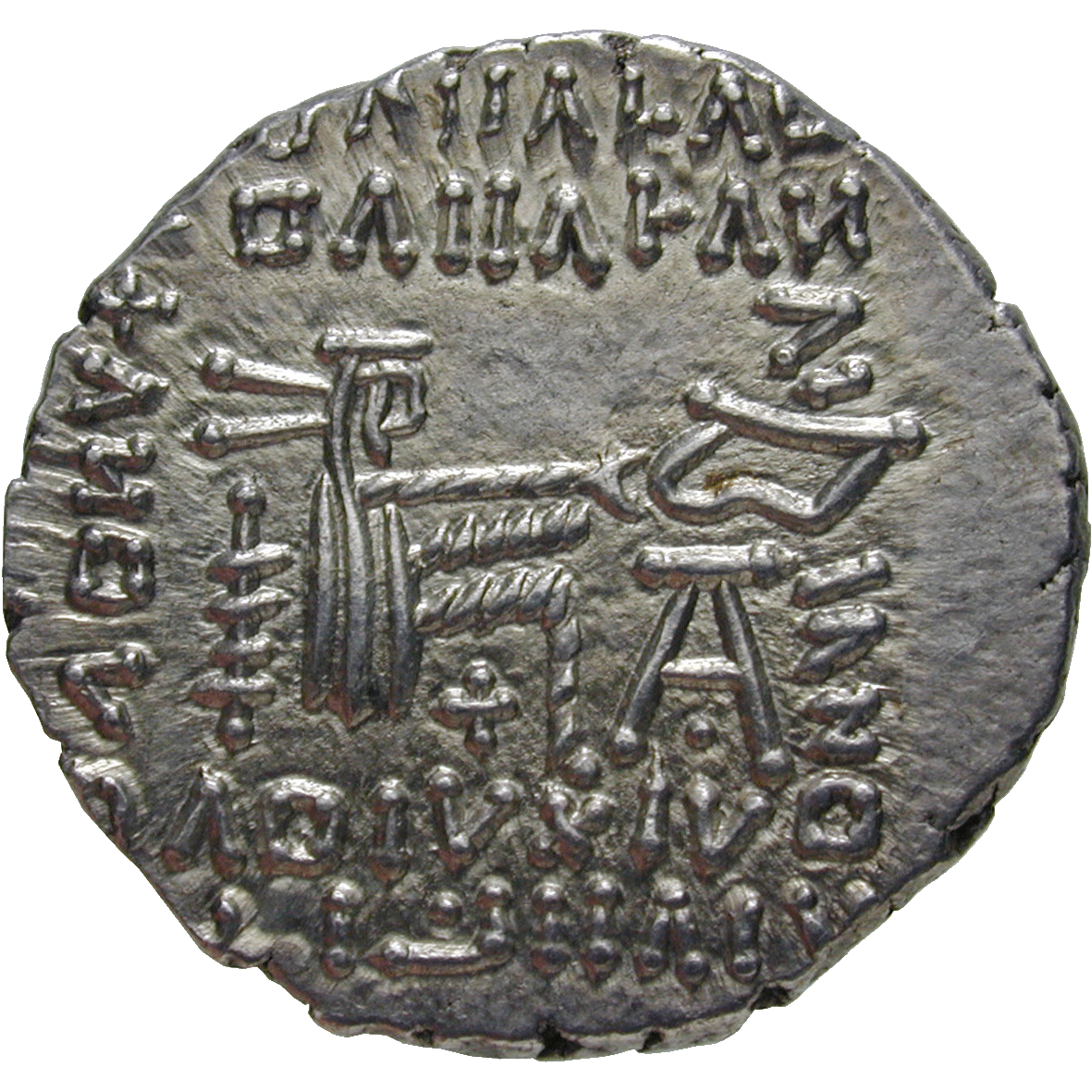 This drachm of King Vologases III (105-147) shows, like most Parthian drachms, a stylized image of the king with a full beard and a crown on the obverse. The reverse depicts the king again; he is seated on a throne drawing a bow. Another characteristic is the inscription arranged as a square around him.

The Parthian Empire was erected as from the mid-3rd century BC in todays Iran. In most parts, the area was only cursorily Hellenized then; merely in some cities prevailed a relatively strong greek influence. All the same, the Parthians soon adopted Greek coinage, and supposedly Greek also remained one of the administrative languages for some time. The inscriptions on Parthian coins were held in Greek as well.