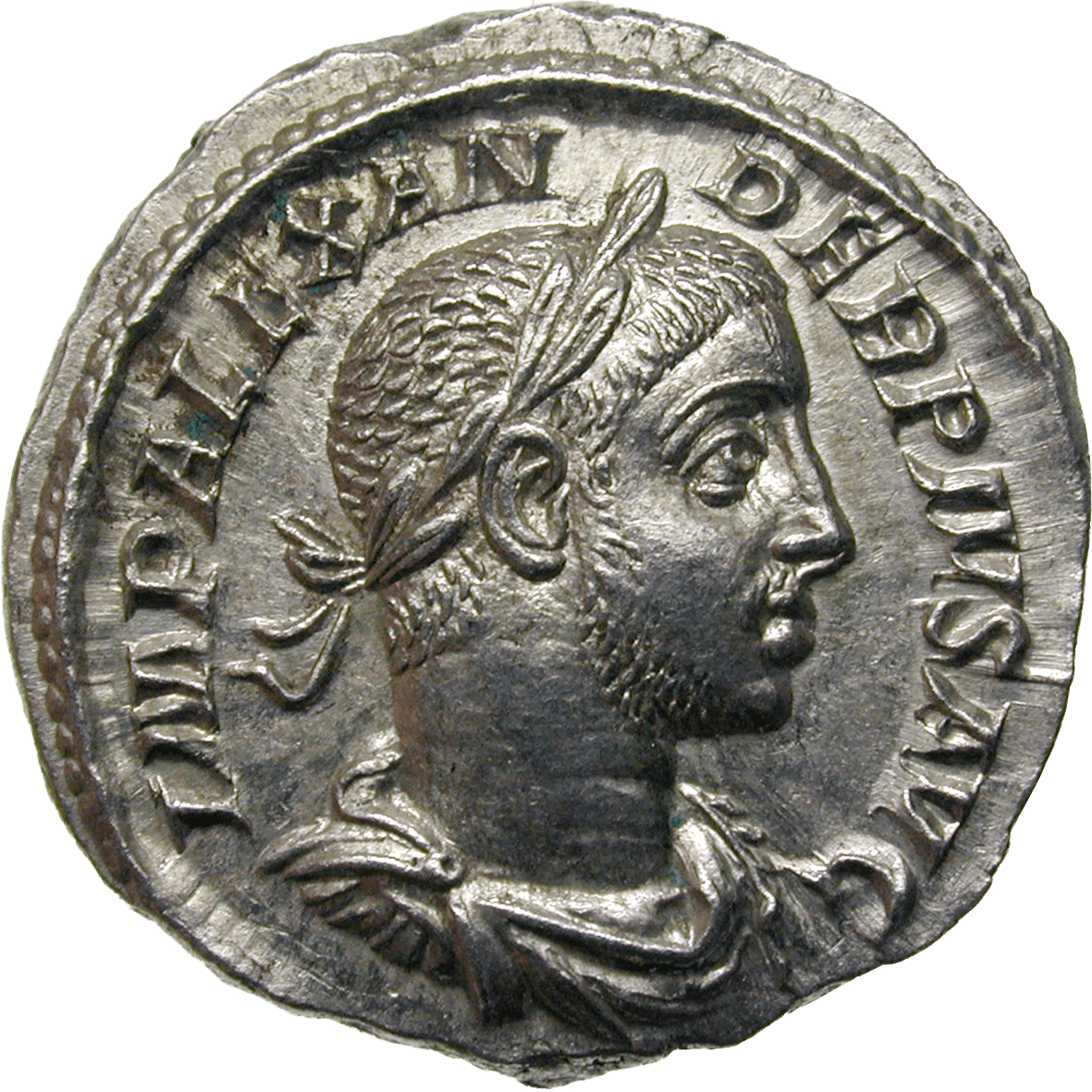 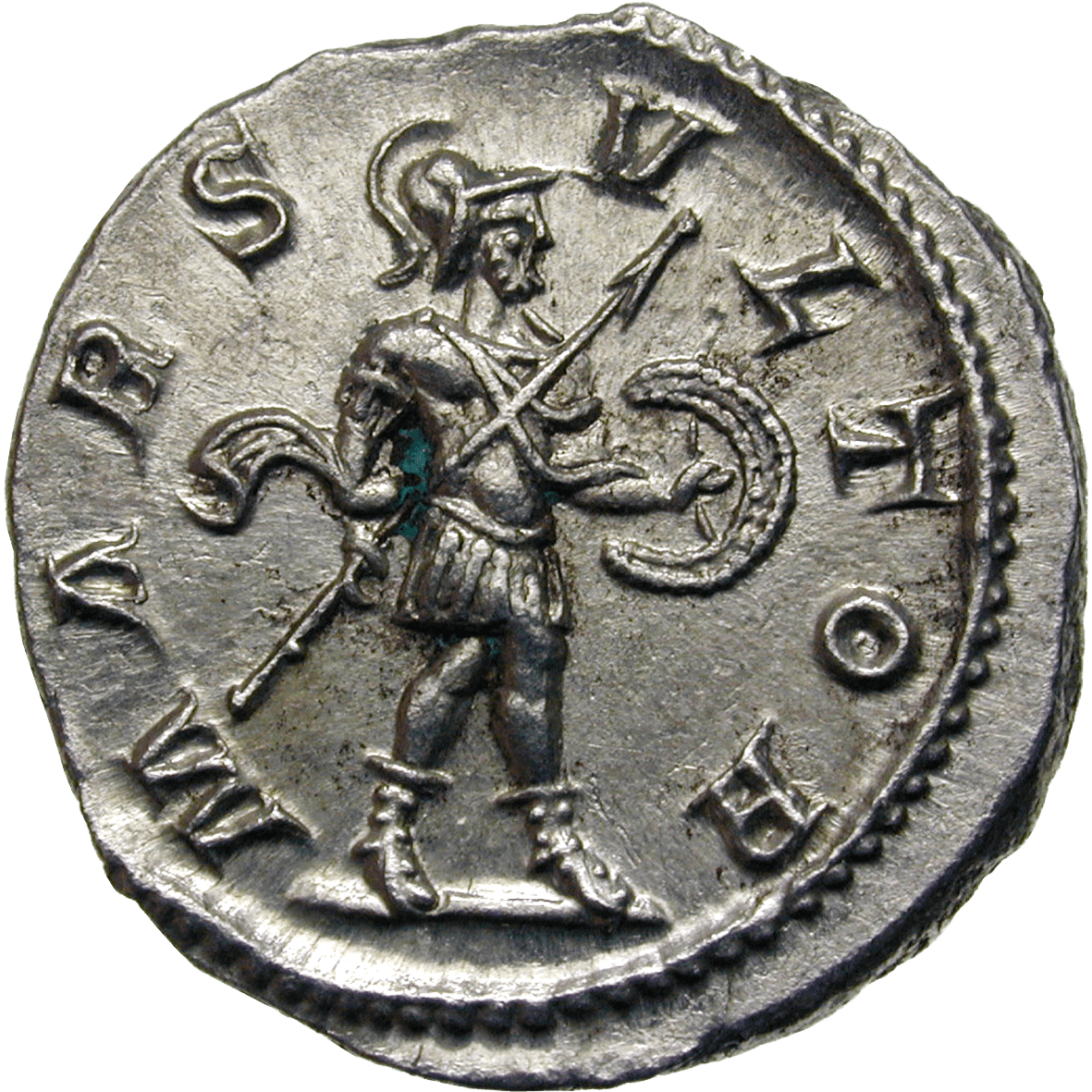 In the year of 230, Persian troops invaded the Roman province of Mesopotamia, thereby conquering the important cities of Carrhae and Nisibis. At that time, young emperor Severus Alexander ruled in Rome (222-235). He had no military experience and thus initially focused on negotiations. They came to nothing, however, and in 231 Severus Alexander set out to Mesopotamia. The following year he succeeded in reestablishing the province; but the Romans suffered heavy losses, and the Persians were not actually defeated.

In spite of this, Severus Alexander had himself celebrated in a grand triumphal procession back in Rome. This coin dates from that time. It bears the emperor's portrait on the obverse, while the reverse depicts Mars Ultor. This was Mars, the god of just war, in his function as avenger.