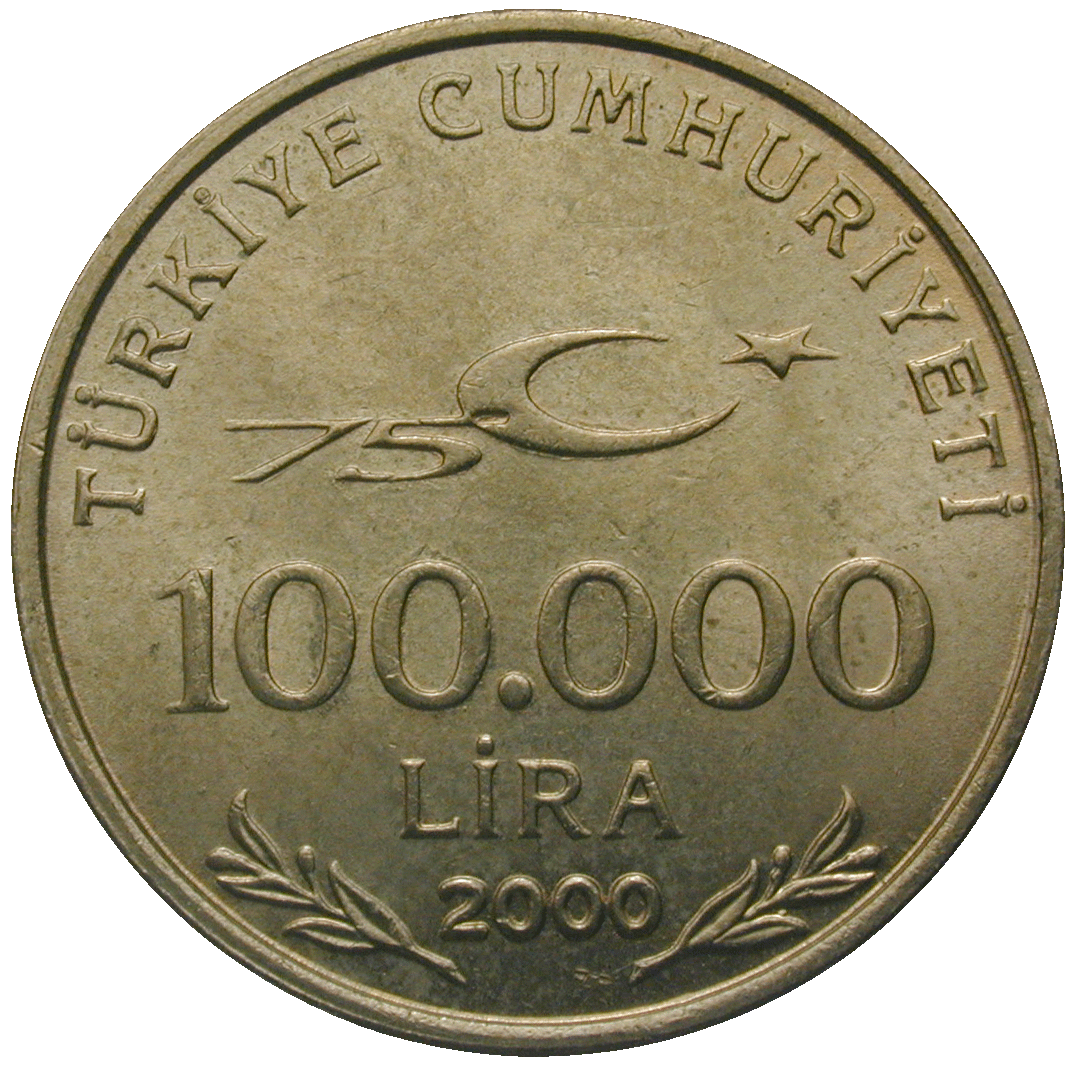 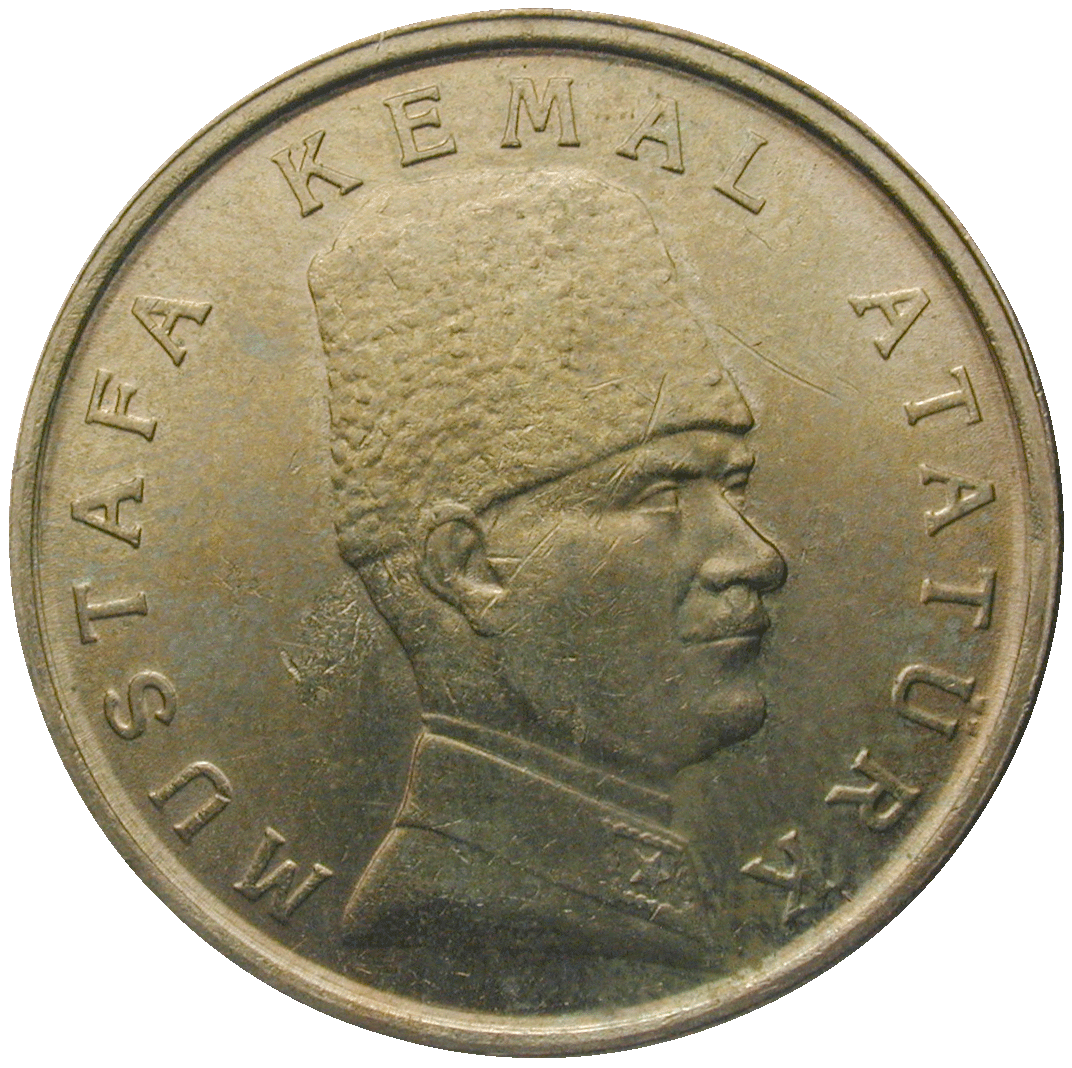 In 1923, the once powerful Ottoman Empire became the Republic of Turkey. The founder and first Turkish president was Mustafa Kemal Atatürk. His portrait is depicted on this coin. The first coins of the Turkish republic followed the Ottoman monetary system, with 1 lira equaling 100 kurush or 4000 para. They bore Arabic letters and were dated after the Islamic era. This changed in 1926, however, when the Islamic calendar was replaced with the Gregorian calendar in Turkey. Also since then, Turkish coins do not bear Arabic script any more, but are inscribed in Latin letters. In 1934, finally, the Turkish currency was decimalized; from now on 1 lira simply held 100 kurush.