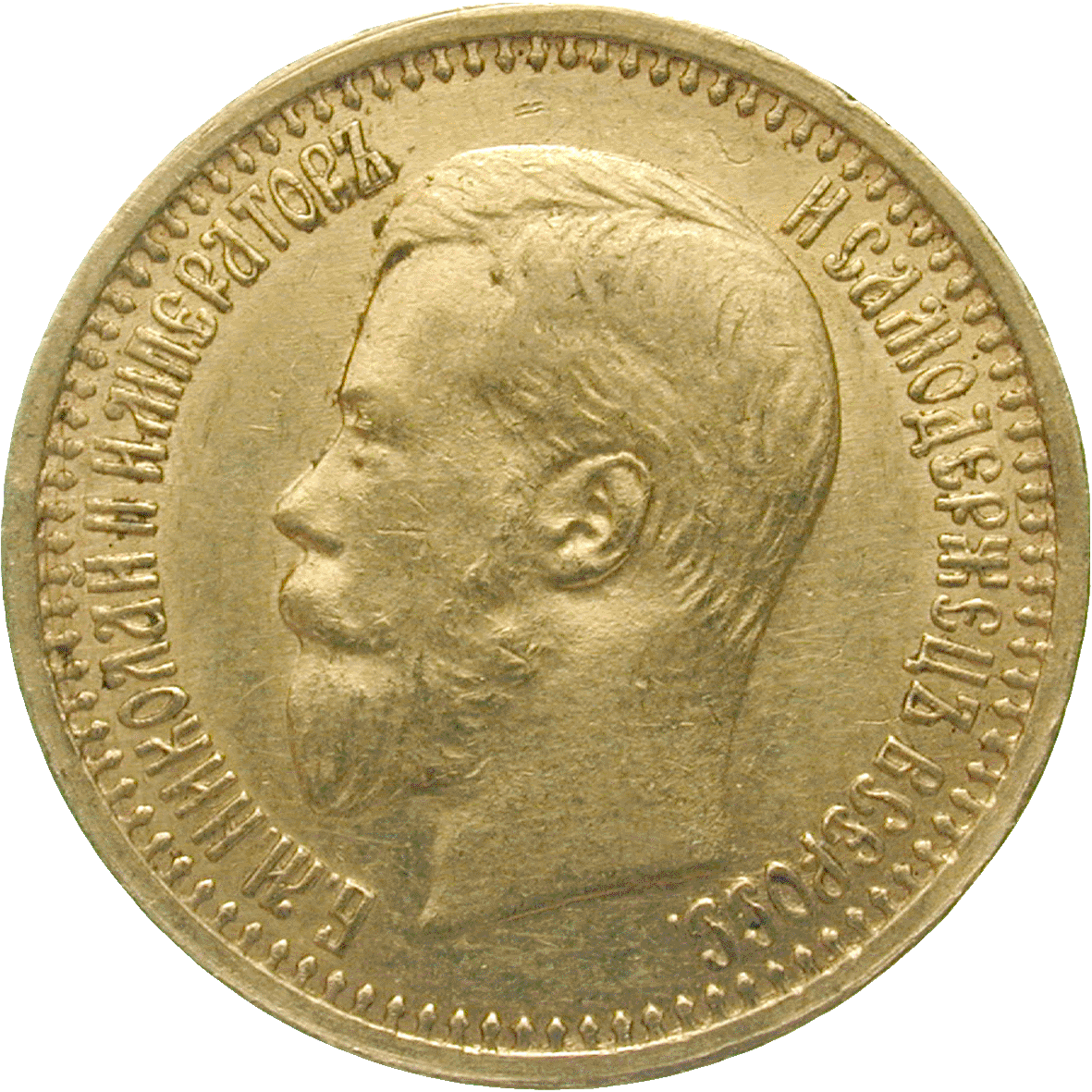 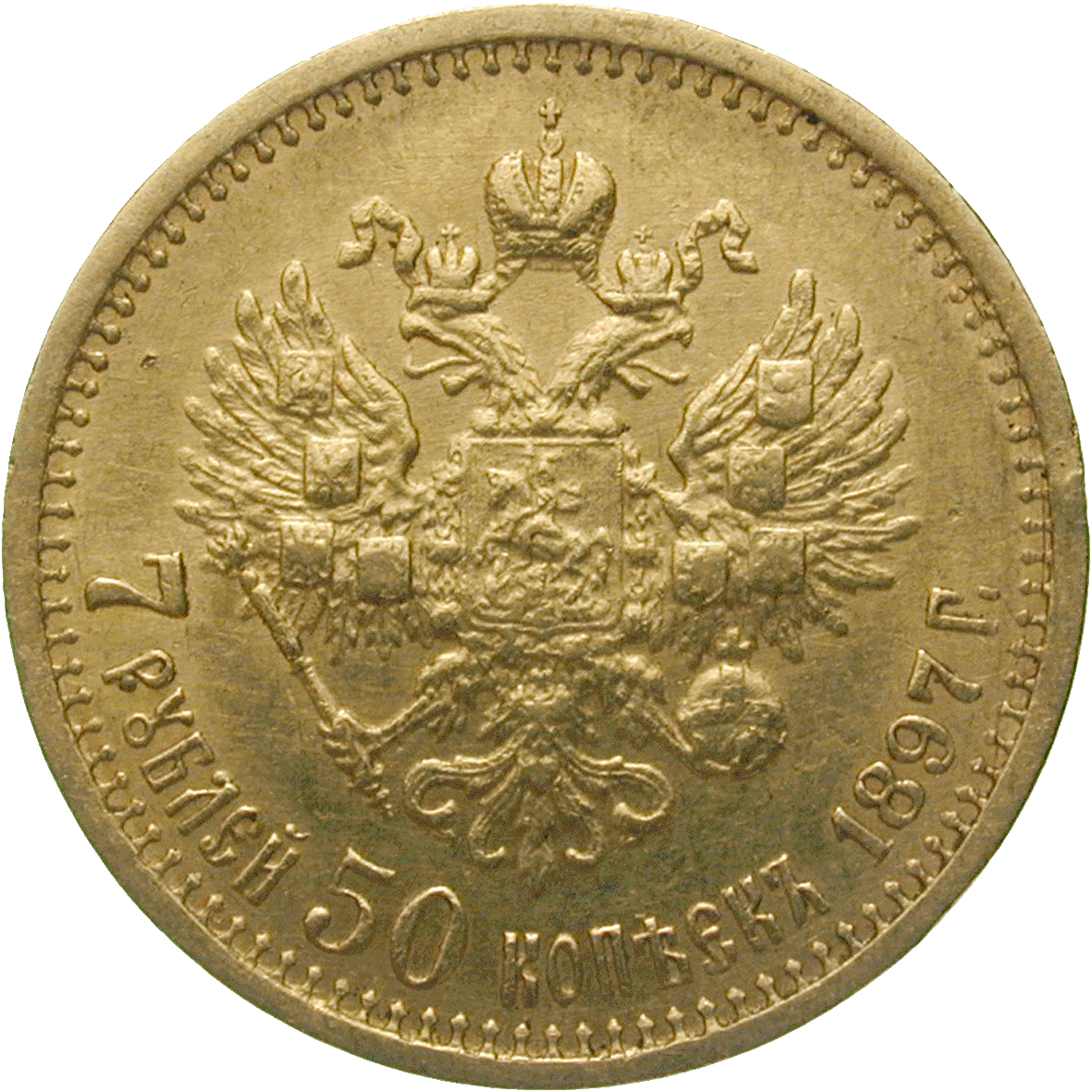 In 1892, Sergey Witte became the Russian minister of finance. He immediately began to conduct an ambitious economic program. Witte wanted to attract foreign funds to push ahead with Russia's industrialization. In 1897, he introduced the gold standard to stabilize the currency. This was designed to gain international reputation for the Russian economy, and thus to attract foreign investors. The institution of the gold standard was coupled with a coinage reform. Witte introduced a new ruble in gold, which equaled two thirds of the old silver ruble. This meant that the old imperial (the golden 10-ruble coin) was now worth 15 rubles; accordingly, the old poluimperial (half imperial) now held 7.5 rubles. This poluimperial depicts the portrait of Tsar Nicholas II (1894-1917) on the obverse. The reverse shows the Russian double eagle and the denomination of 7 rubles 50 kopecks.