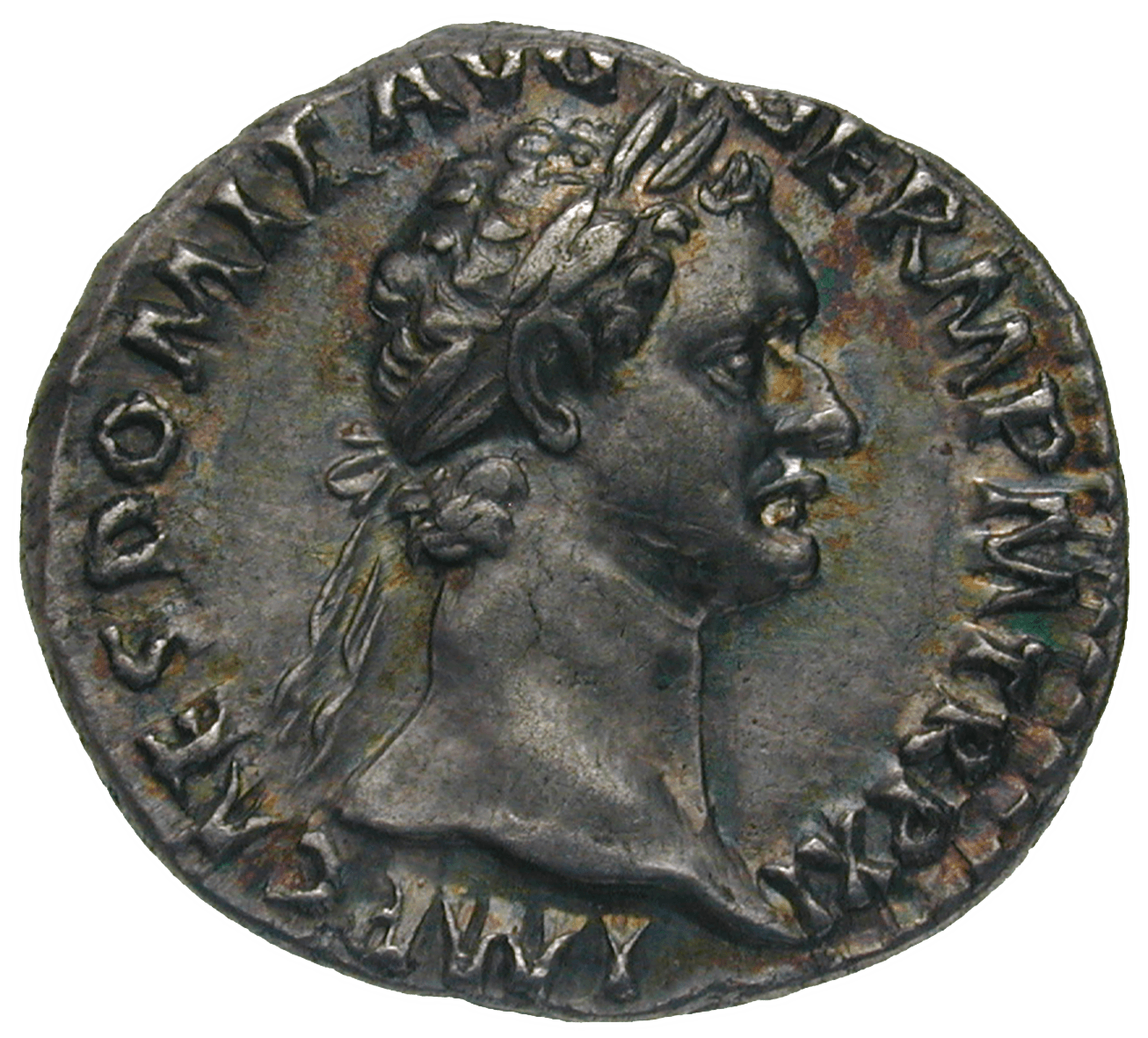 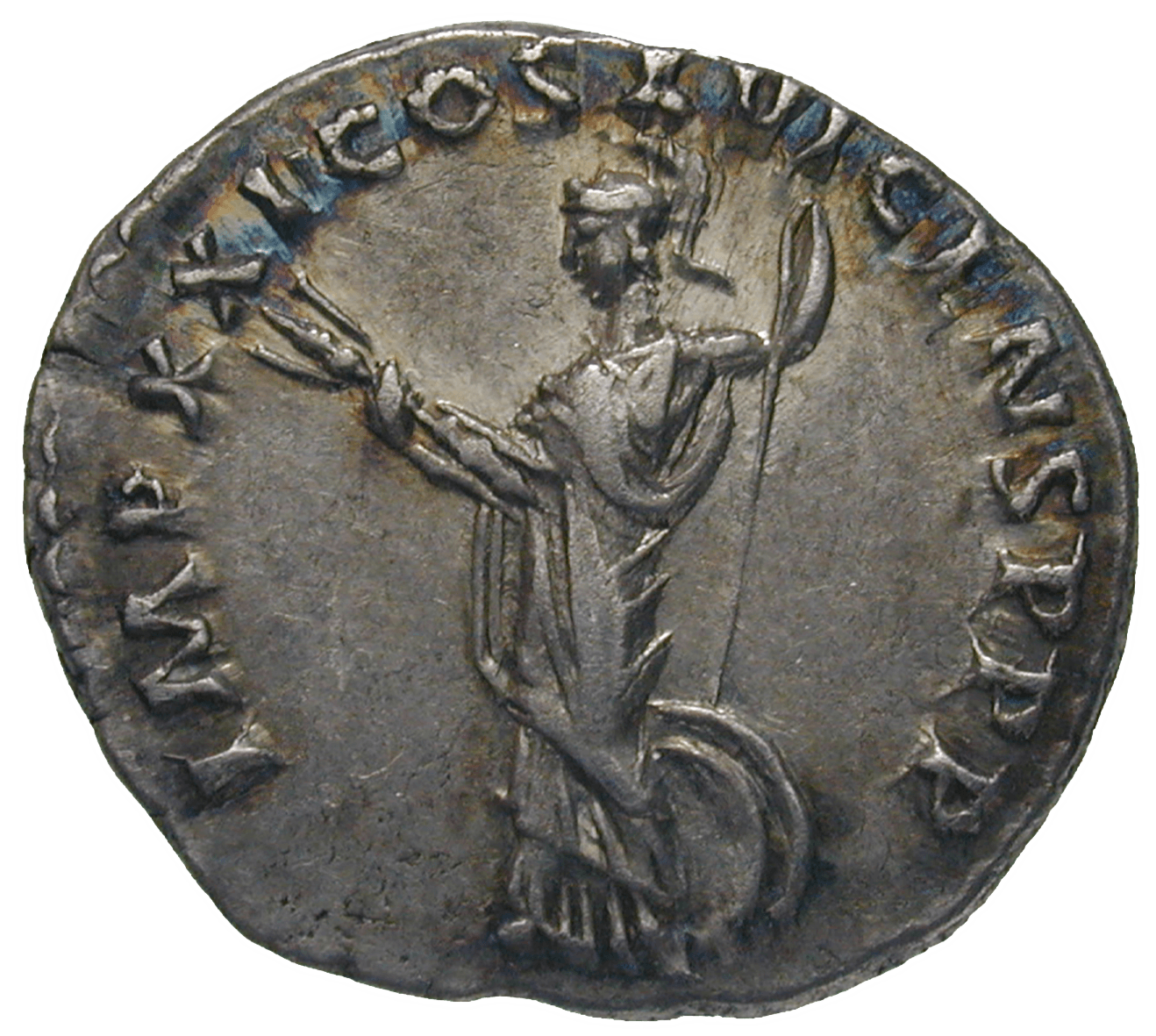 Emperor Domitian (81-96) was a very pious man with great esteem for traditional religions. He especially venerated Minerva, whom he considered as his personal guardian goddess. In the Sabinium region, where Domitian had been born, the cult of Minerva was particularly important.

Hence Minerva appeared on many of Domitian's coins. On this denarius she is depicted with a lance, a shield and a bundle of thunderbolts. This image fits Minerva well, as she was the equivalent of the Greek goddess Athena, who had been born in full armor from the head of her father Zeus. Like Athena, Minerva was the goddess of war, but also of manual skills and wisdom.