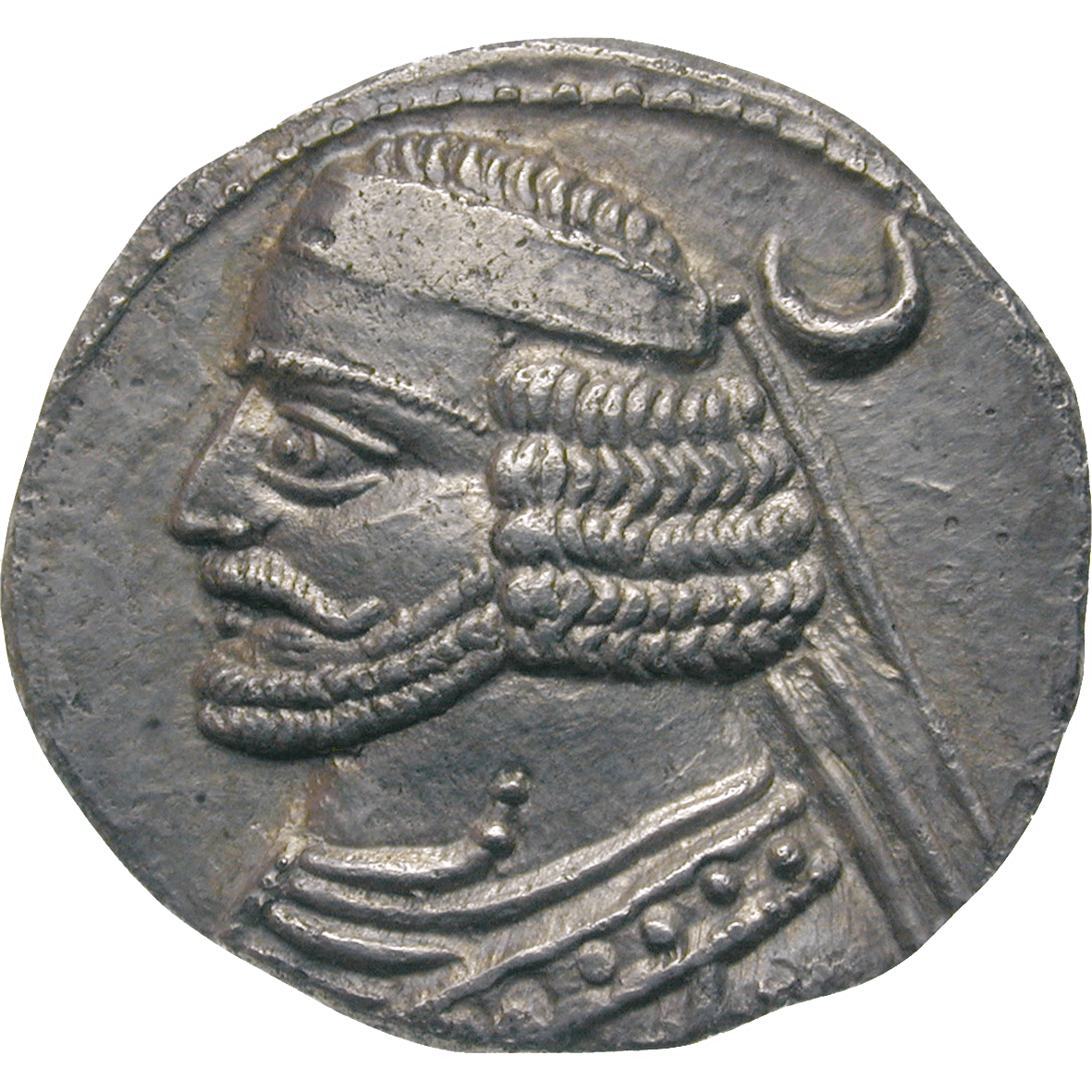 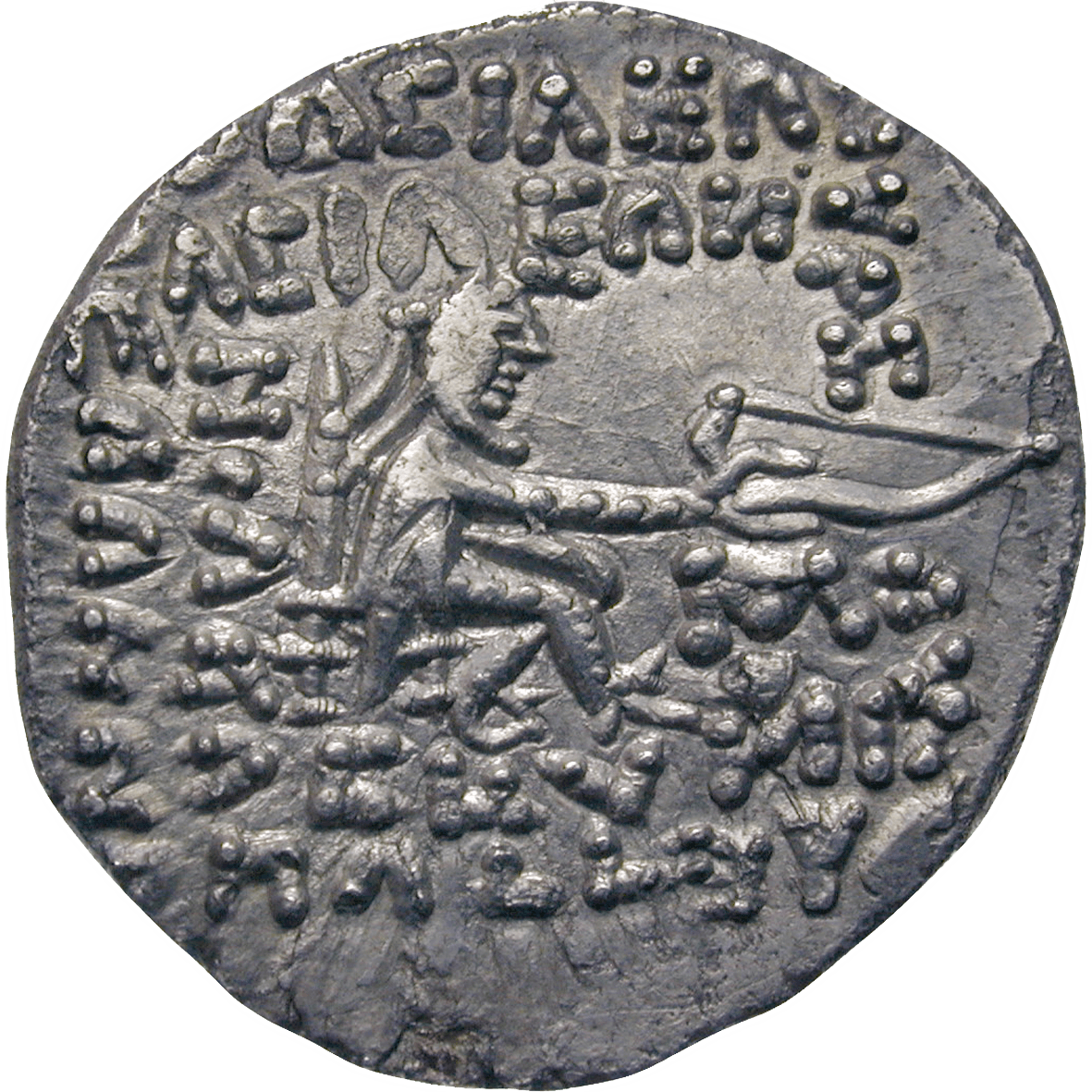 The Parthian empire was a foundation of the Iranian equestrian people of the Parthians, who settled around the middle of the 3rd century BC in the north eastern Iranian region of Parthia (today's Khorasan province). The ruling dynasty of the empire was the Arsacid dynasty, named after its founder Arsaces; all Parthian rulers thus bore the throne name Arsaces. This drachm bears Orodes II Arsaces (57-38 BC), who reigned the Parthian empire in the middle of the 1st century BC. The reverse shows the ruler sitting on his throne, armed with a bow.