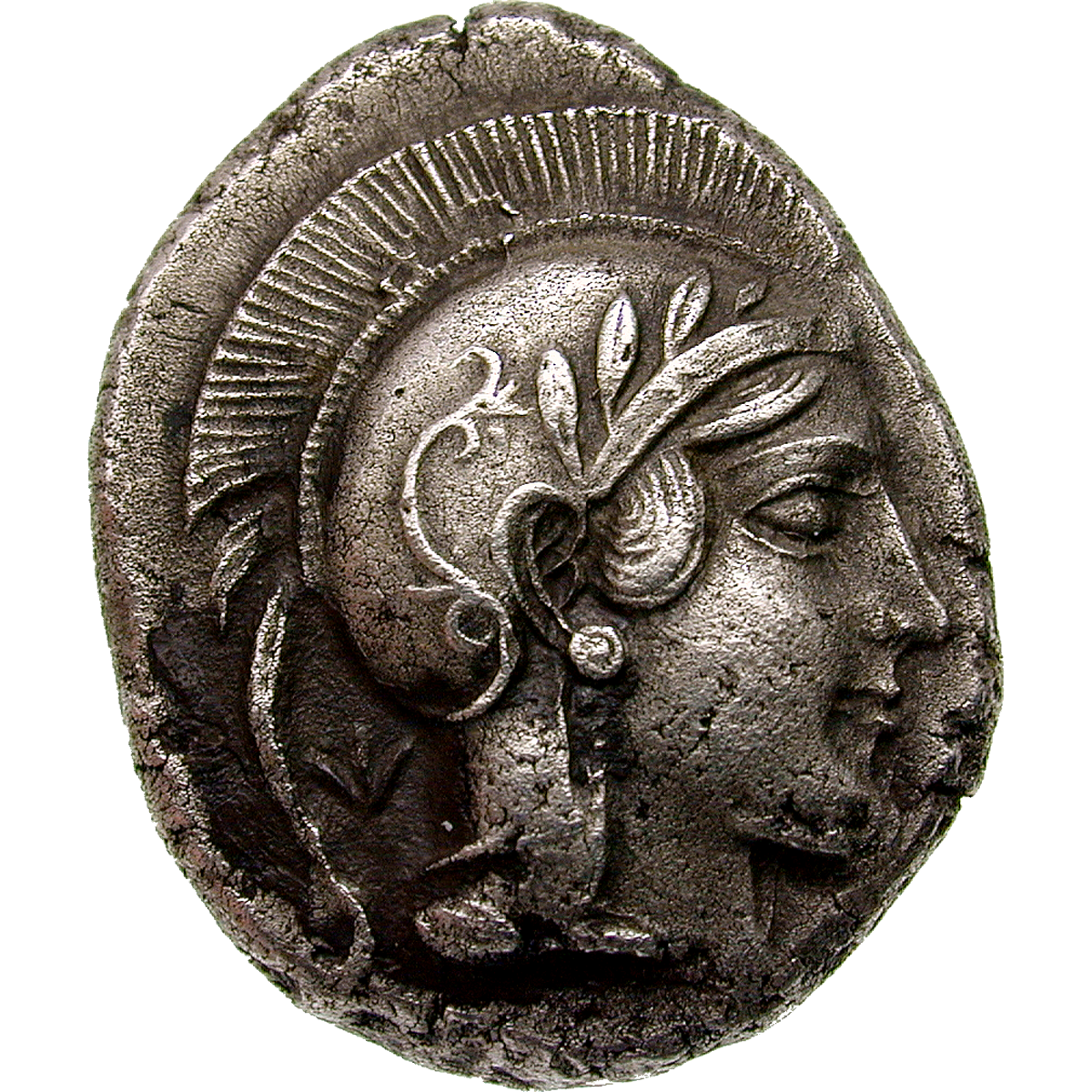 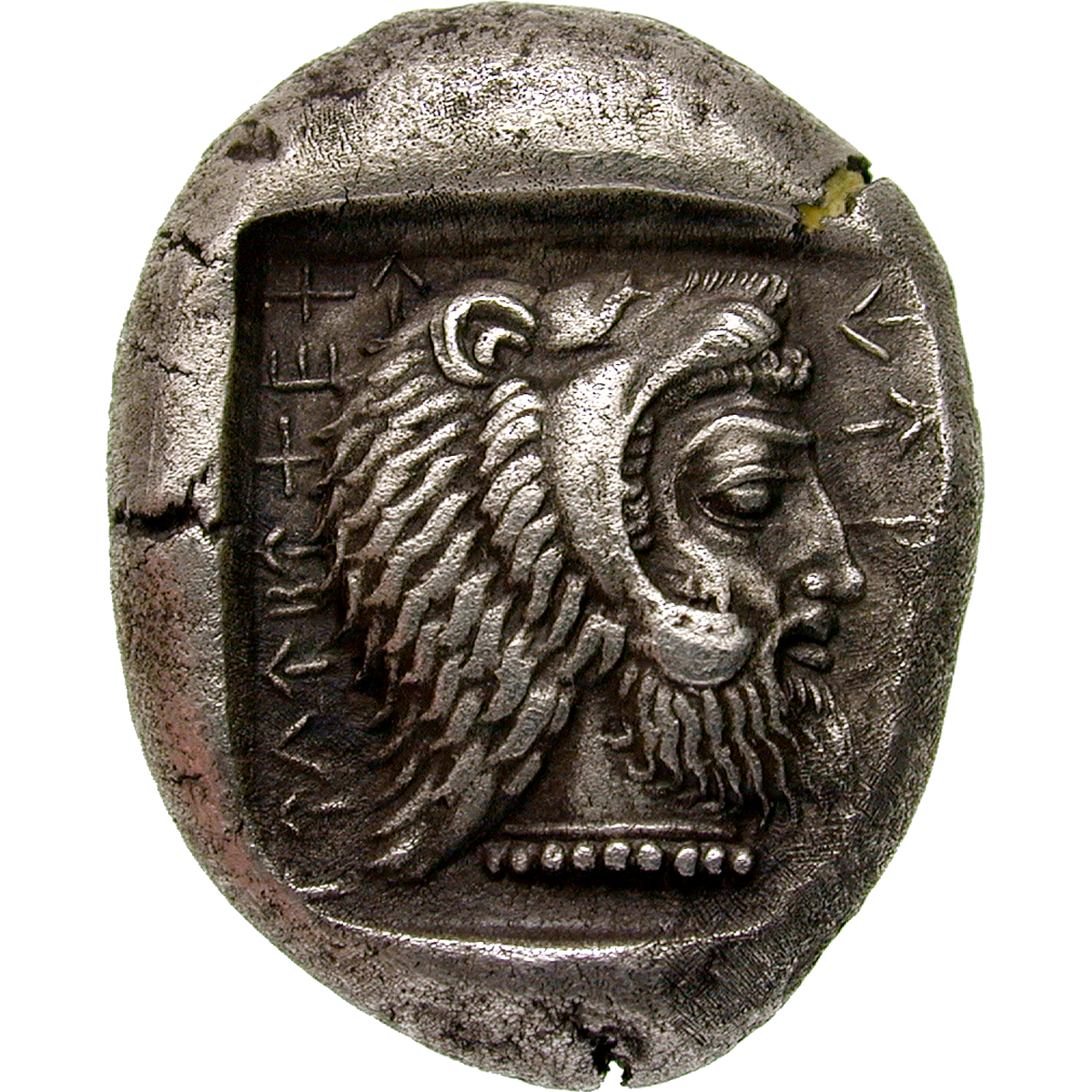 Little is known about the individual dynasts of Lycia. Politically, the region belonged to the Persian Empire. However, this coin's motif and style show that Greek influence on Lycia was considerable despite Persian rule. The obverse of our stater depicts the goddess Athene with an Attic helmet. The reverse shows an image of the hero Hercles wearing a lion's scalp. Heracles shows an astounding resemblance to Kherei, the coin's minting authority. One is led to suspect that, contrary to the customs of his time, Kherei had himself portrayed in the disguise of Heracles on his money.