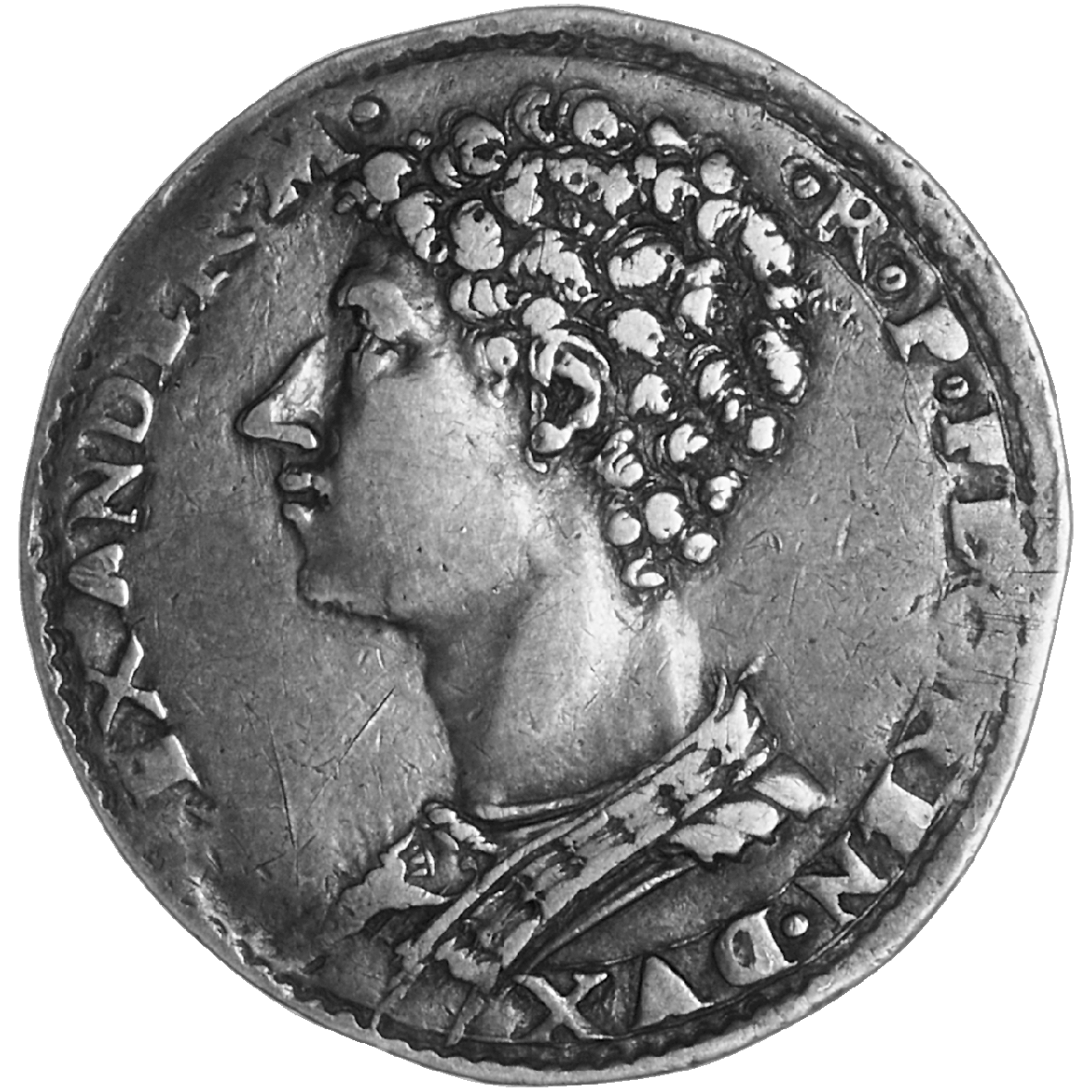 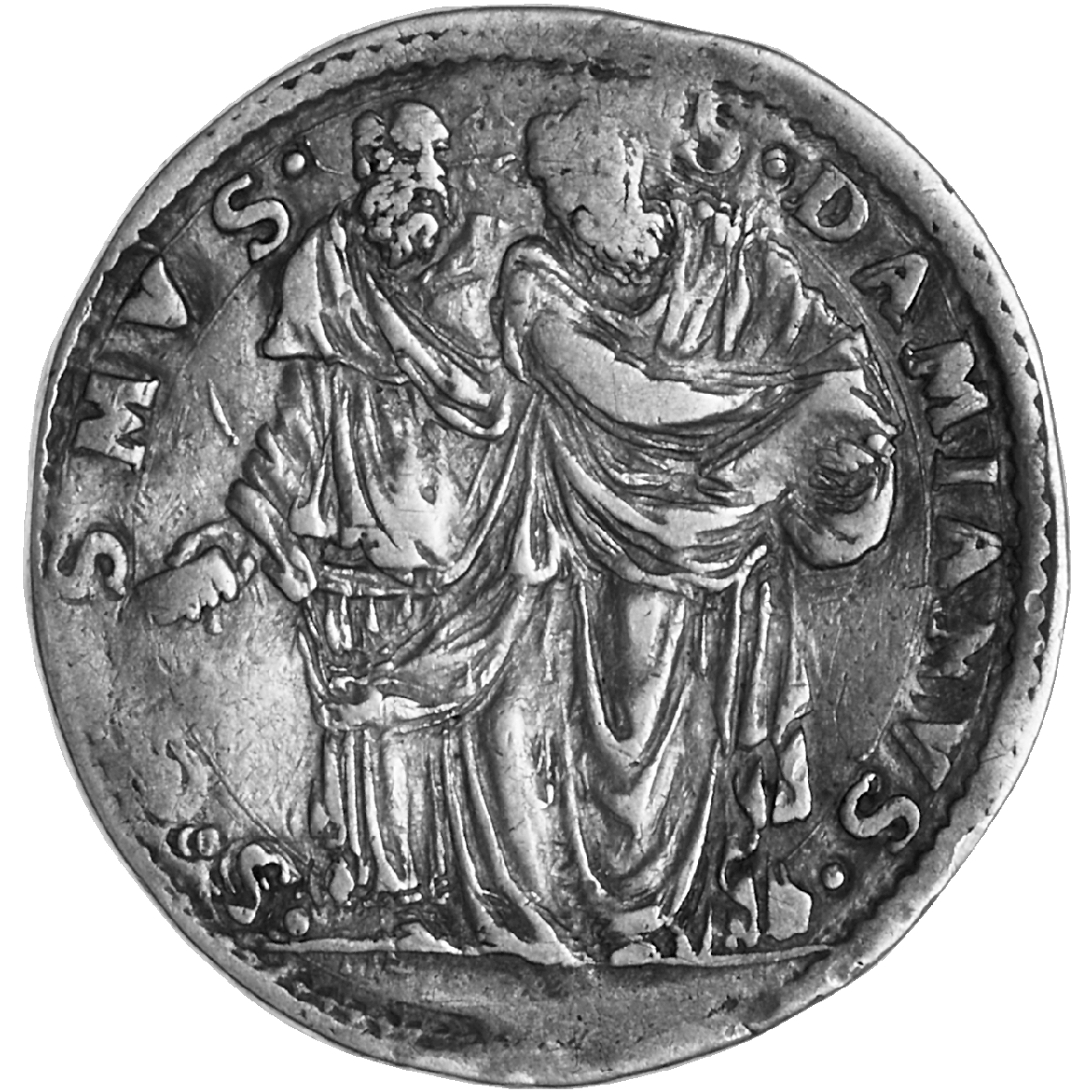 The last years of the 15th century were marked by the decline of the big Medici Bank. The family's political rise more than compensated this, however. In 1531 Alessandro de' Medici il Moro (the Moor) became ruler of Florence (until 1537), and the following year an imperial decree appointed him hereditary duke of Florence. This was the end of the republic and the establishment of the duchy of Florence.

This testone, created by the famous Florentine sculptor Benvenuto Cellini, depicts the youthful duke Alessandro on a portrait coin typical for the Renaissance.