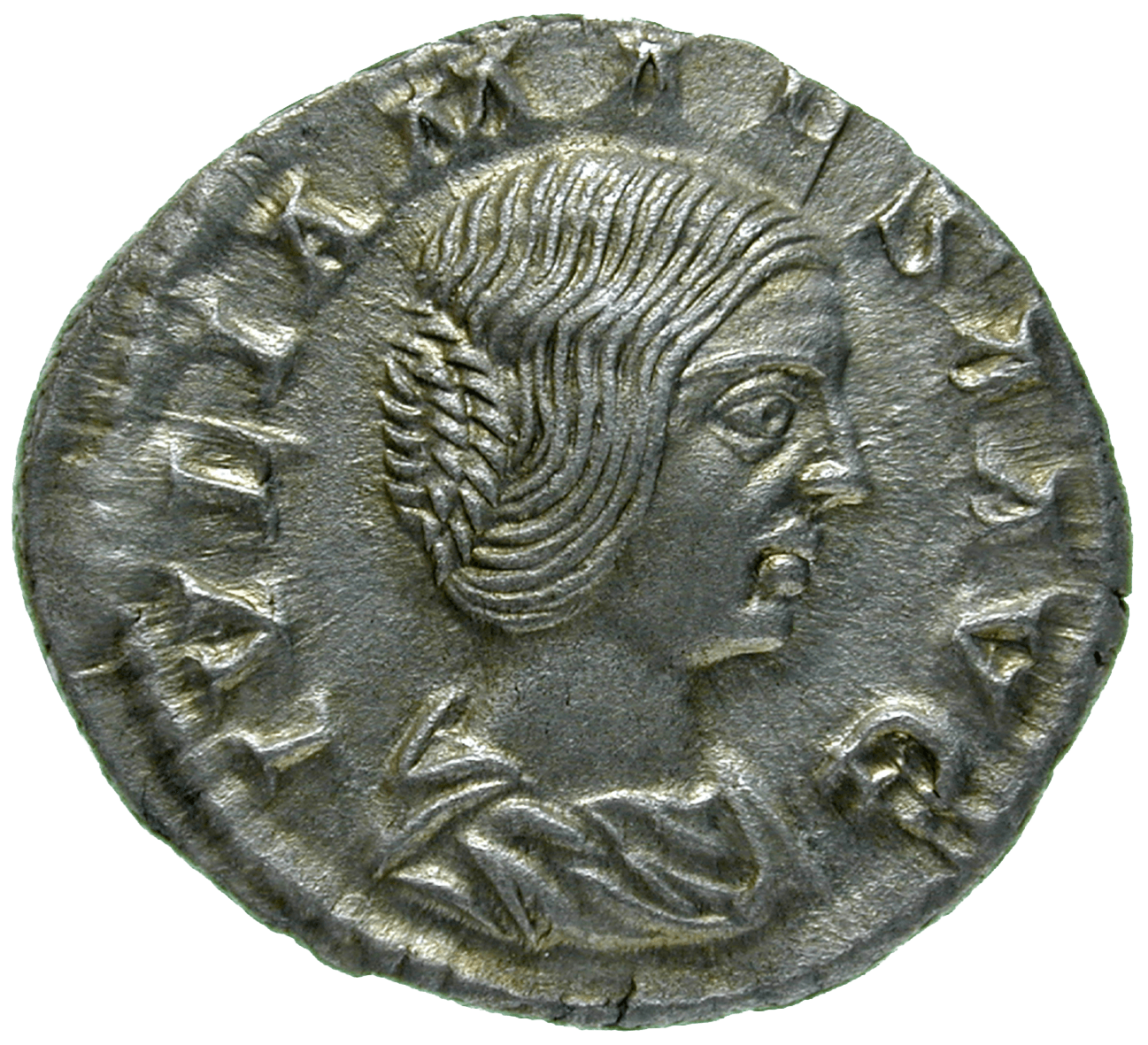 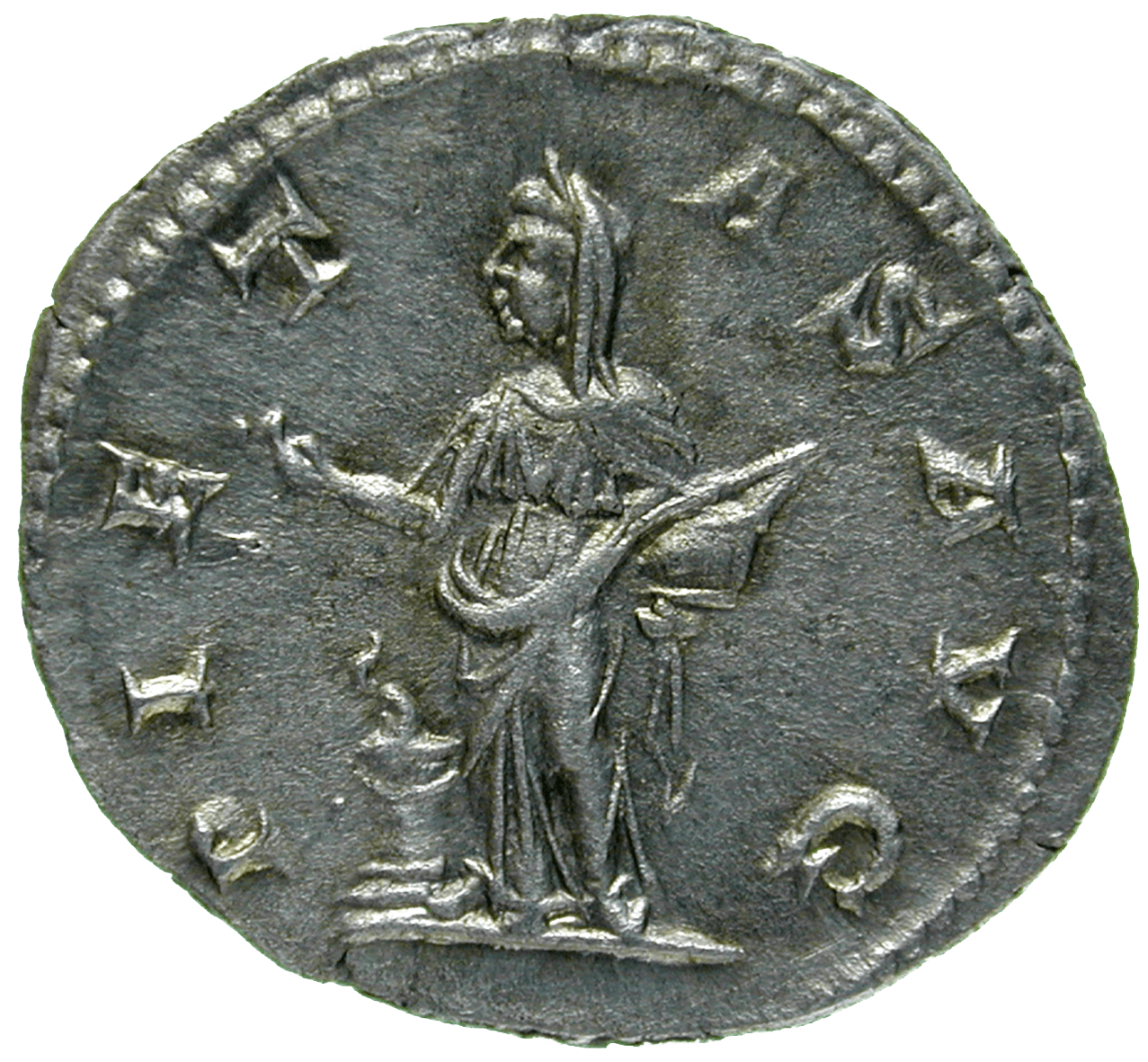 Elagabalus was only 14 years of age when he became emperor of Rome (218-222). His mother, but especially his grandmother, were in control of government during his rule. They became the first women to be allowed into the Senate, and to receive Senatorial titles.

The obverse of the coin depicts Julia Maesa, Elagabalus' enterprising grand mother. On the reverse is Pietas, the personification of devoutness and duty to the state and the family.