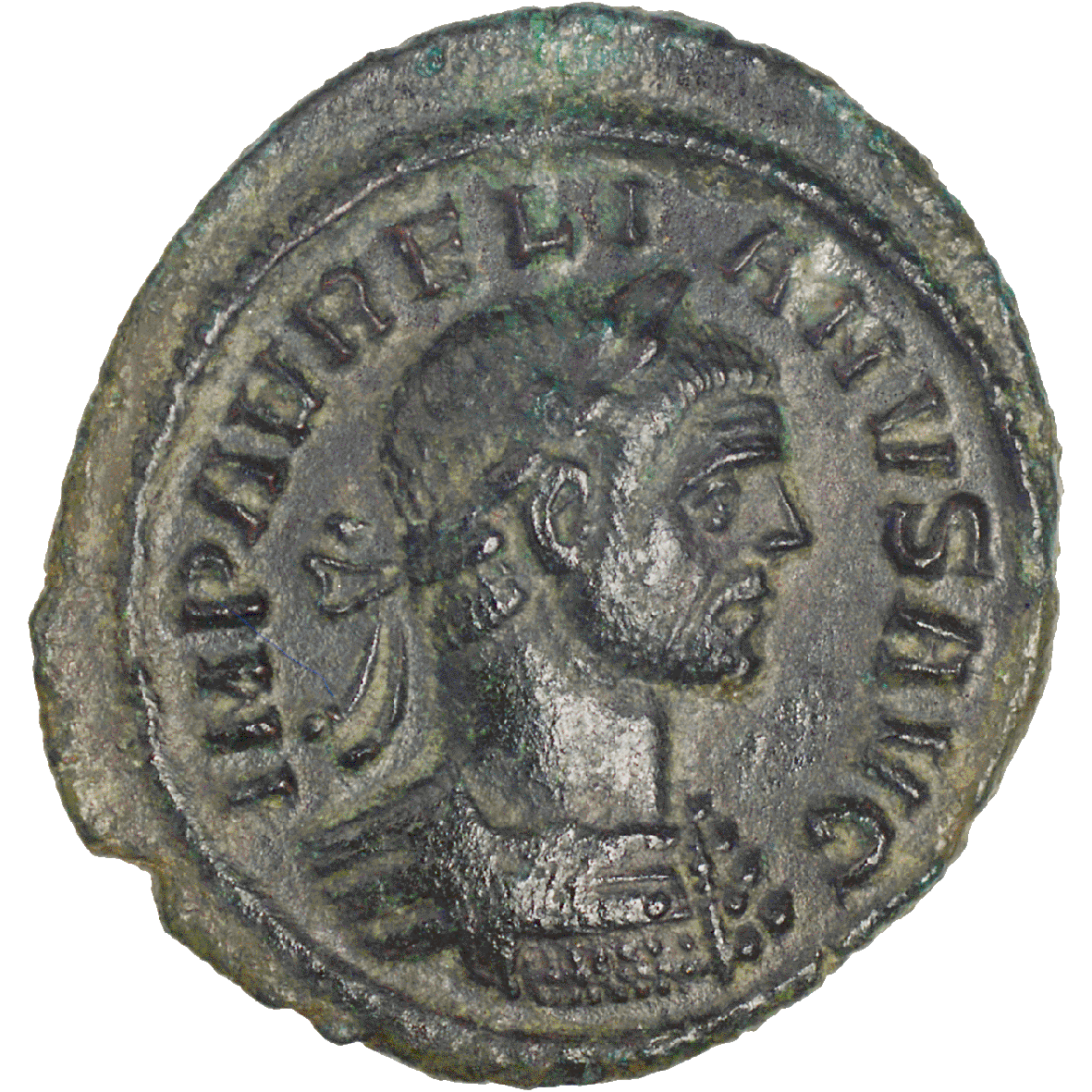 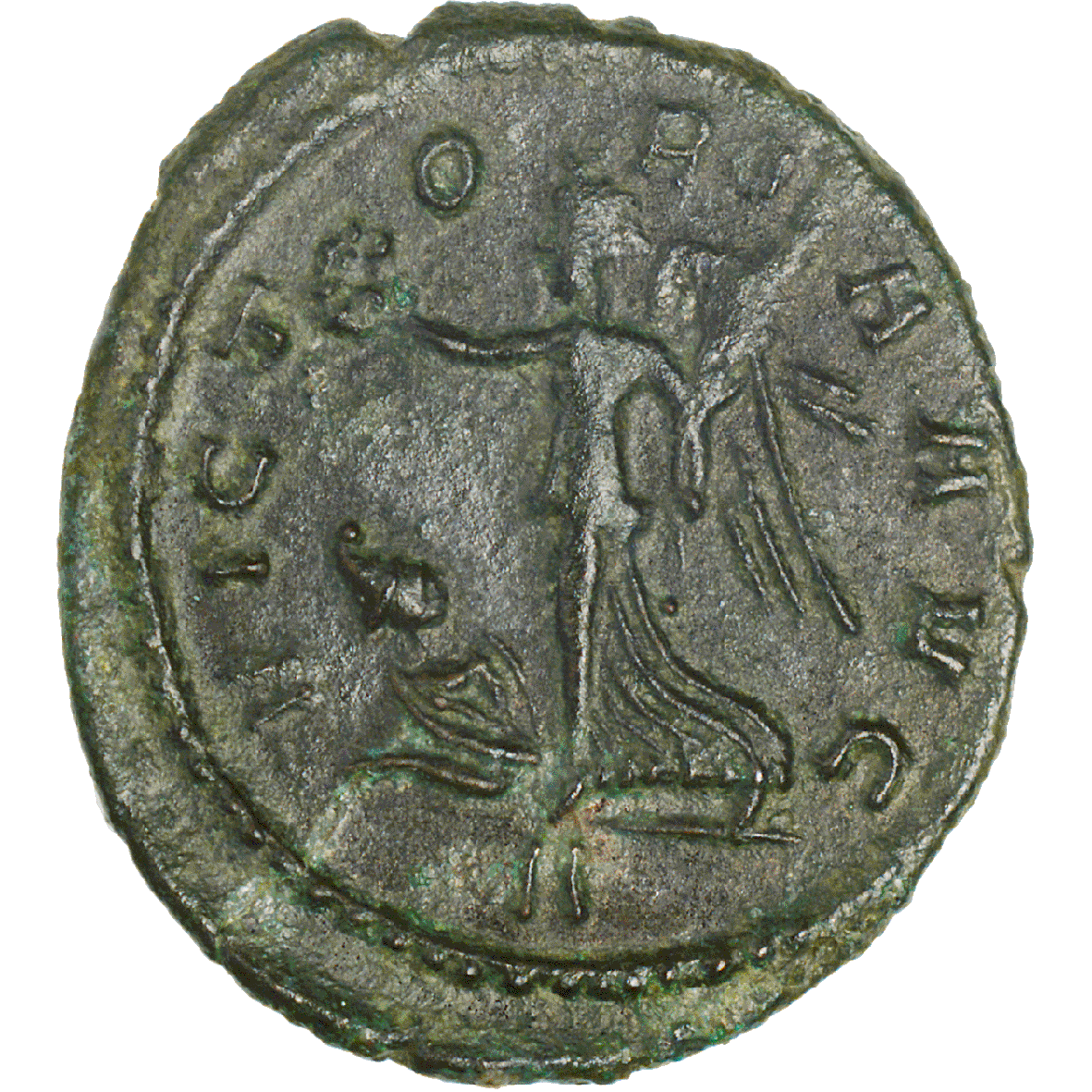 Emperor Aurelian (270-275) spent a lot of energy attempting to pull the Roman Empire out of its deep crisis in the 3rd century. This involved coinage. Aurelianus' coins were still of bad content, but at the same time carefully minted from cleanly cut dies. They introduced a new, hard and clear style of portrait with stylized facial features; obviously it was not intended to depict the emperor as an individual. This new style of portrait was maintained for about 30 years.