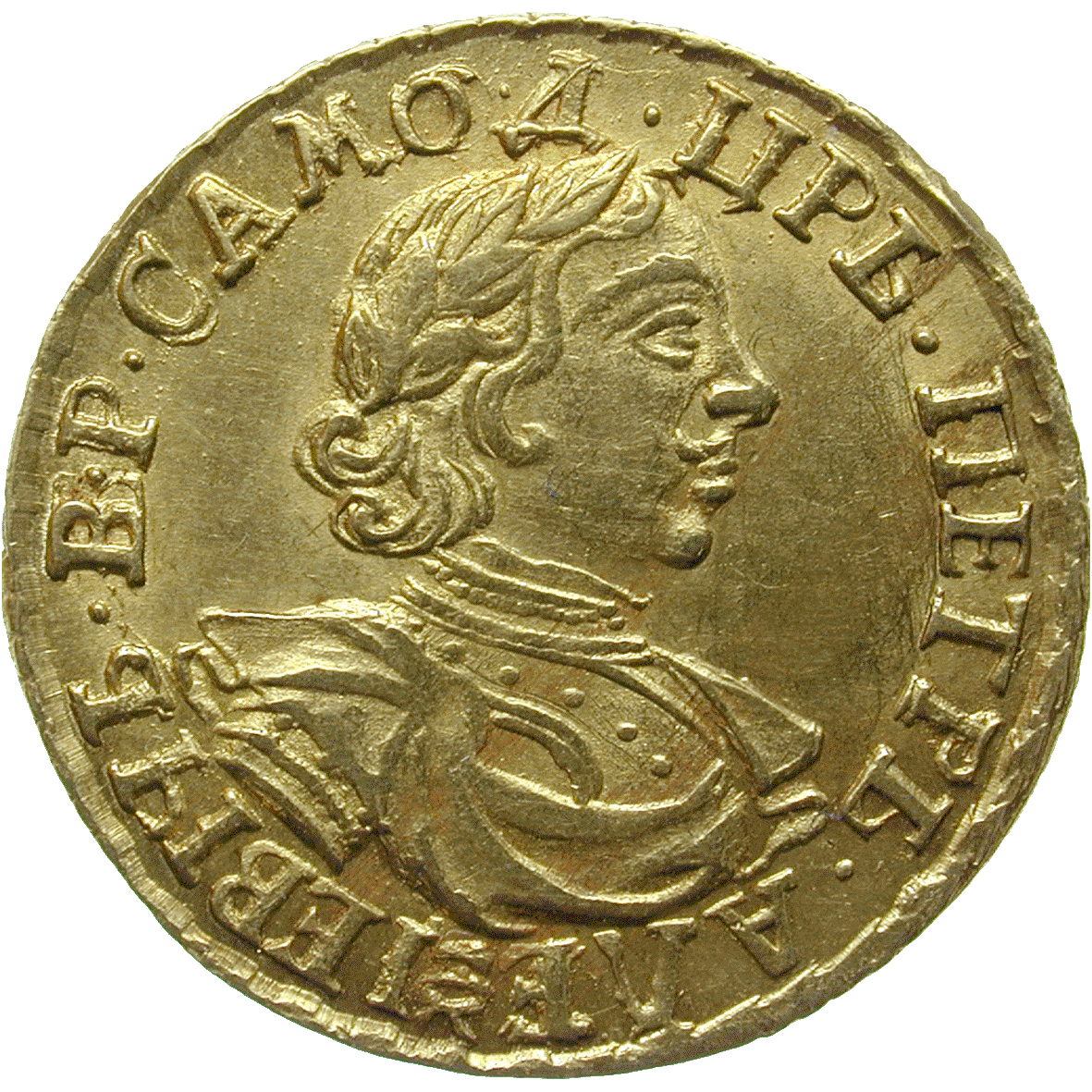 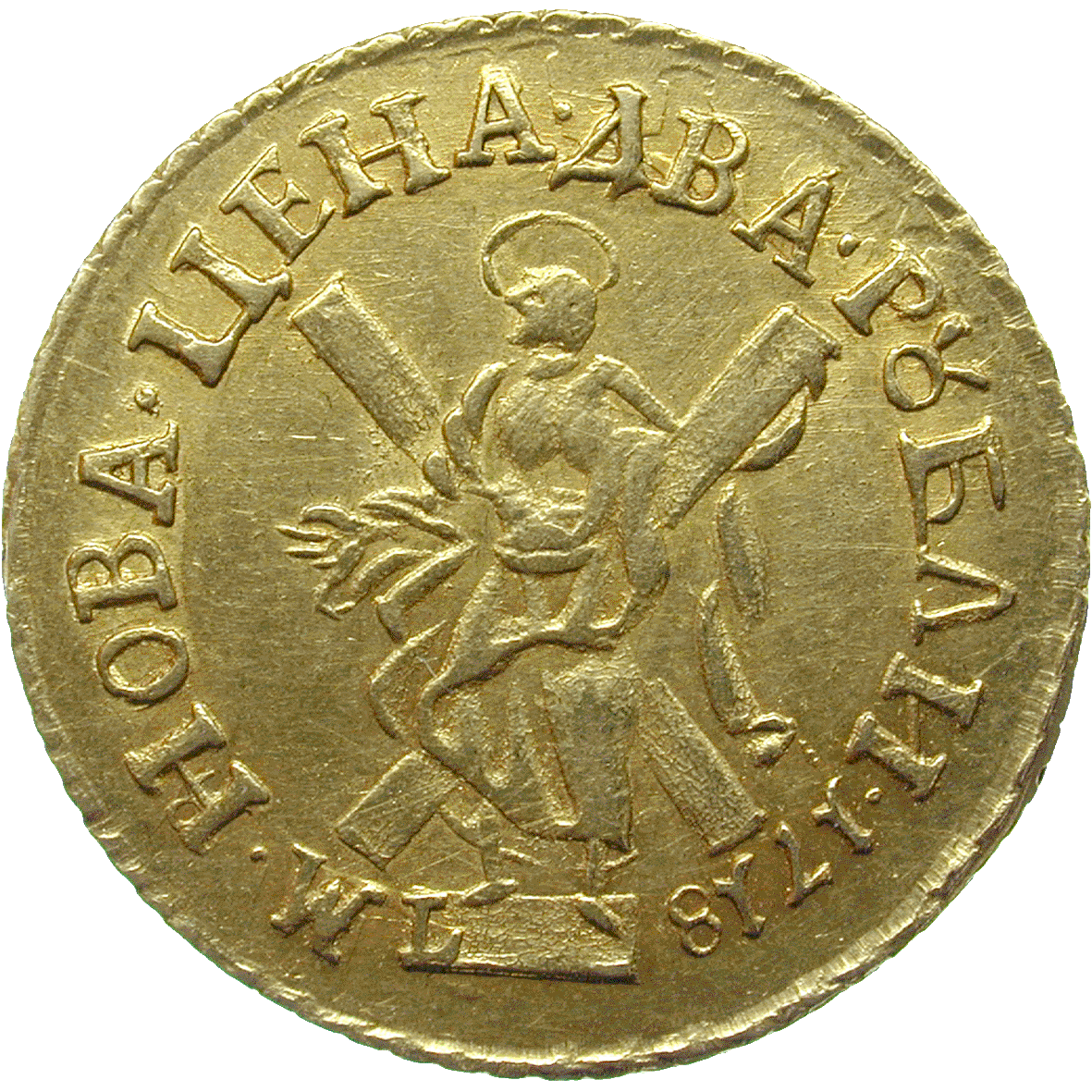 Tsar Peter I (1682-1725) was an important man for Russia. Determined, often reckless, he westernized and modernized his empire, and established Russia as an important player in European politics. Among other reorganizations, Peter the Great conducted a monetary reform. He turned the obsolete Russian coinage into the most modern currency of the world – Russia was the first country with a decimal coinage system. Along with copper and silver coins there were diverse gold coins. The golden double ruble bore the tsar's image on the obverse, while the reverse depicted the crucified Saint Andrew, the patron of the Russian fleet.