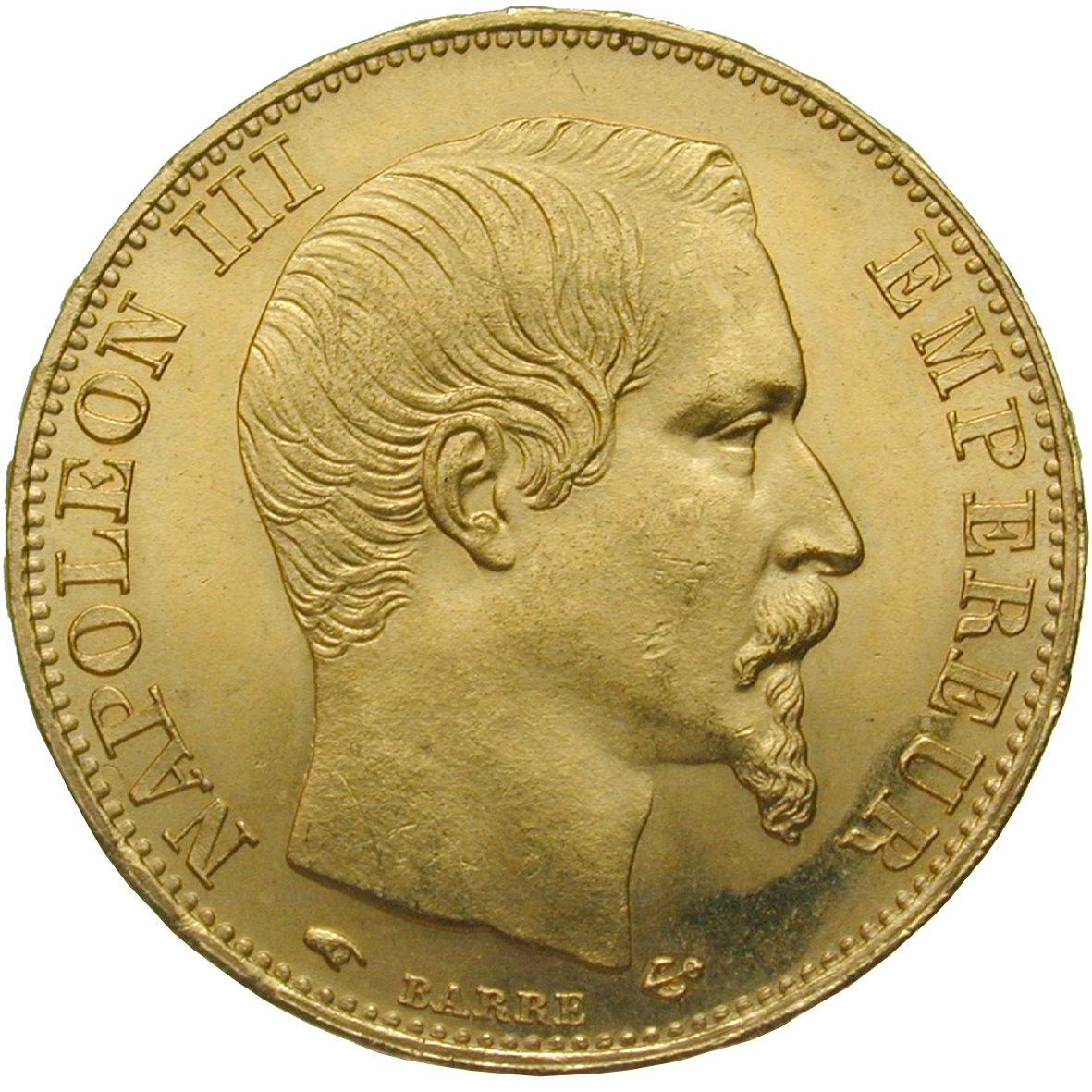 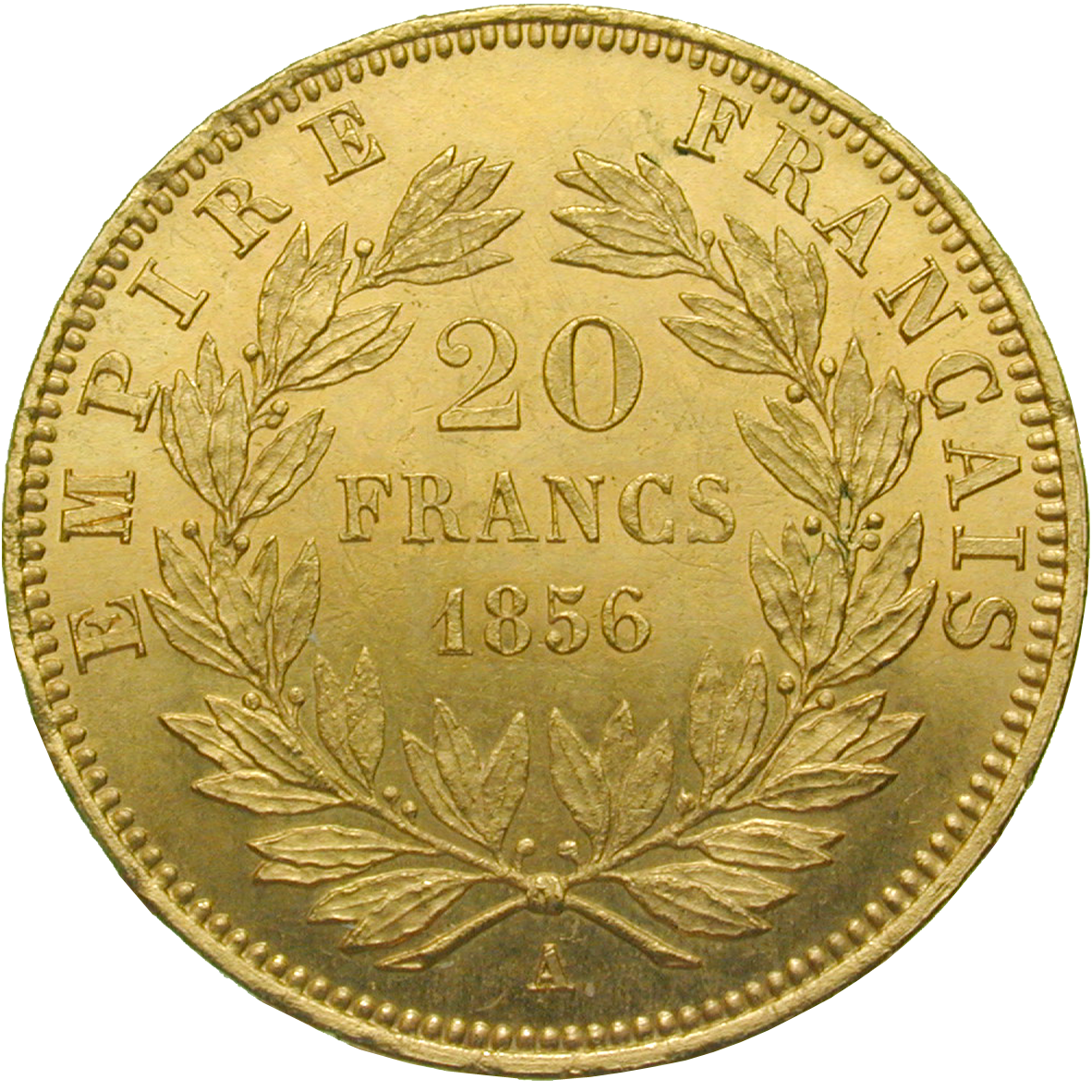 Such golden 20-franc-coins were called "Napoleons" in French vernacular. The first of them were minted during Napoleon Bonaparte's consulate in 1803, and the last were issued in 1914. Under Napoleon III (1852-1870), vast amounts of Napoleons d'or were issued: more than 424 millions during the 18 years of his reign. On this piece the emperor wears short-hair cut – with the French Revolution of 1789, the court wig had gotten out of fashion. Additionally Napoleon fostered a bodkin beard or "Osirian beard," which combined a chin-beard with a twisted moustache. This style of beard was reminiscent of ancient Egypt, which had come into fashion through the first Napoleon's campaigns. However, it also showed characteristics of a goat's beard, which was in line with Napoleon III's sexual activity. His marriage to the Spanish beauty Eugénie de Montijo was overshadowed by his numerous affairs.